Rach n I had a trip up the Solway, its pouring down so we weren't gonna venture far from the van. We followed the coast and saw 300 Whooper Swans at Blackdyke. 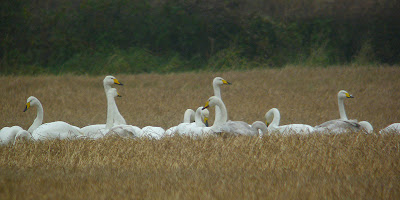 Very little after this until we got to Cardurnock where the American Golden Plover was giving good Scope views. 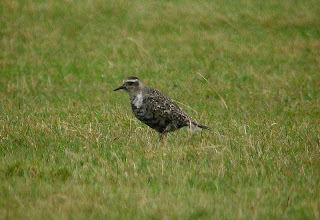 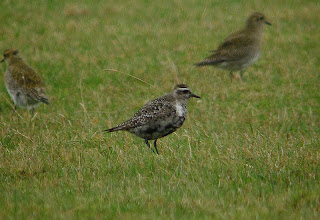 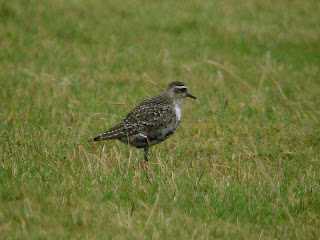 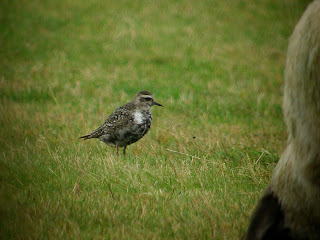 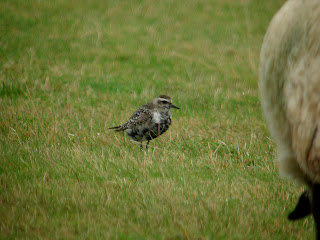 There were some Barnacle geese In the field behind me so i checked these but no rare Canada's, 2 Leucistic Barnacle geese was it.
Moved onto North Plain and at the gate the Great White Egret was giving distant views. 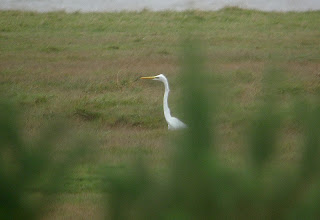 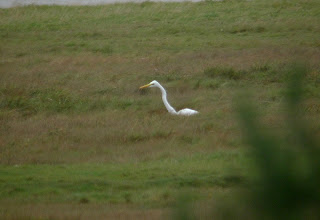 We followed the coast and then went for Lunch and Dobbies, then returned the same route. Stopping at The monument at Burgh Marsh, another Lucistic Barnacle goose with the many thousands of Barnacles, a Dark Goose was visible but too far to see whether it was a Pinkfoot or a Canada type, the light was just too poor. We Continued on, there were many more Banacle Geese at Cardurnock by now but still no Rare Geese.
We headed home but not before spotting a Little Egret flying out of the river Wampool at Anthorn. Still not a total waste...

Posted by Craig Digiscoper Shaw at 18:11