Ive decided to take a couple of days off work just to do some birding alone, bit of twitching you may say, so I found myself heading to Stiffkey for a Black Winged Pratincole. It Was either this or the Collared Pratincole at Minsmere. The Report came out of the Black winged first so that made up my mind. I arrived on site to no new updates but was told it was still there not doing much. Brilliant I thought its gonna be showing well. I arrived and no one had seen it for a while, it was hiding. Damn..
The heat haze was awful, so I tried to scan the hundreds of waders on site first. Greenshank, Green Sandpiper, Ruff, Little Ringed Plover and Spotted Redshank were the pick of the bunch. Looking behind us a Hobby shot past. looking back on the pools 4 or 5 Med gulls were hidden in-between all the black headed gulls and 6 Spoonbills were great. Eventually after a lot of scanning I spotted the Pratincole half good scope views through the haze and the photos aren't even worth publishing but here it is anyway, you have to look very carefully ;-) 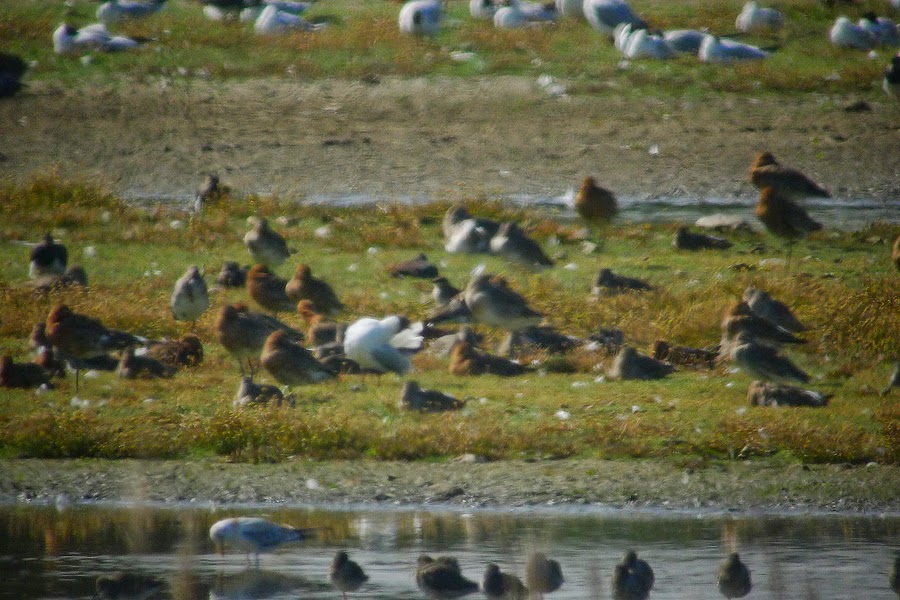 I Watched this bird coming in and out of view till about half 12 when I decided as there was nothing else worth looking at Id head for Minsmere, mad I know.
Passing Walsey hills I spotted a long tailed bird sat on the wires here so turned around when I could headed back and had a good scan, it looked to me like a shrike but I couldn't find it and it bothered me all day, another one that got away. Whilst looking for the unknown bird the vantage point enabled me to count 22 Spoonbills on Cley making this a total of 28 for the day, incredible.
I arrived at Minsmere for around 3 oclock, and headed straight for the East hide for the Collared Pratincole, again the bloody heat haze was a real pain and the bird was doing exactly what the Black Winged Pratincole did by hiding behind islands and vegetation. Eventually after some hours the bird showed fantastically well but photos were still impossible. 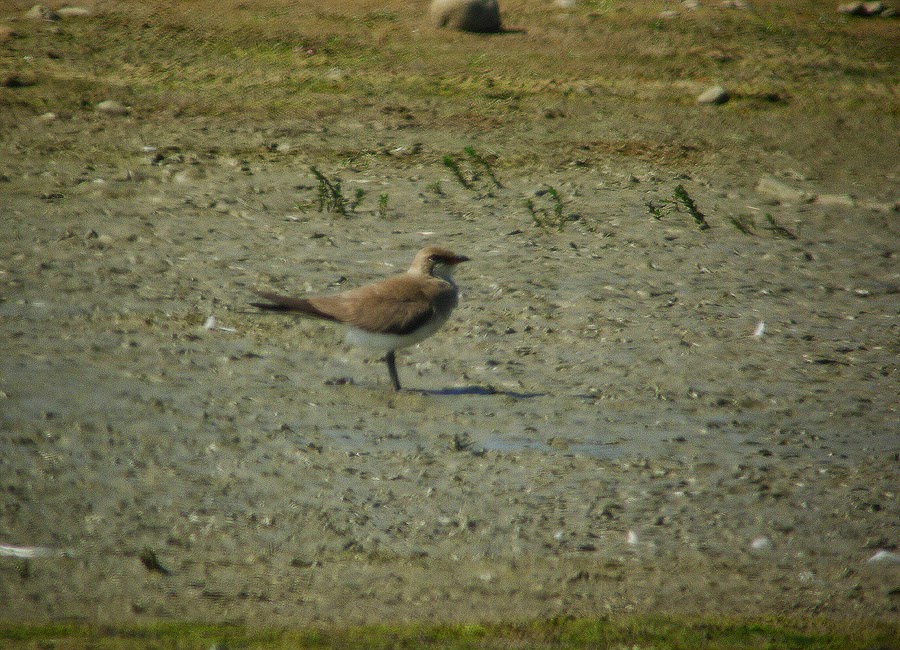 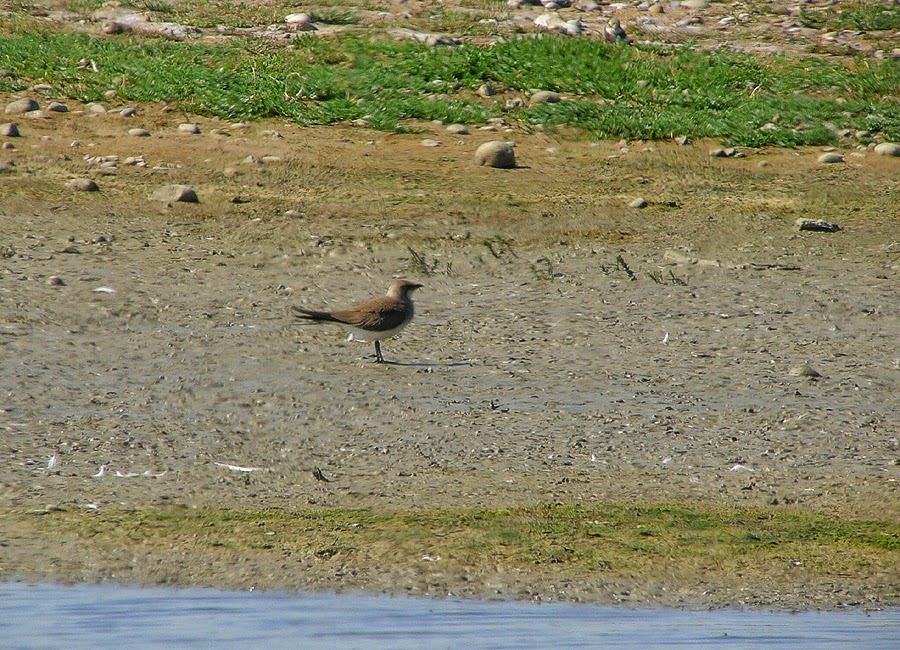 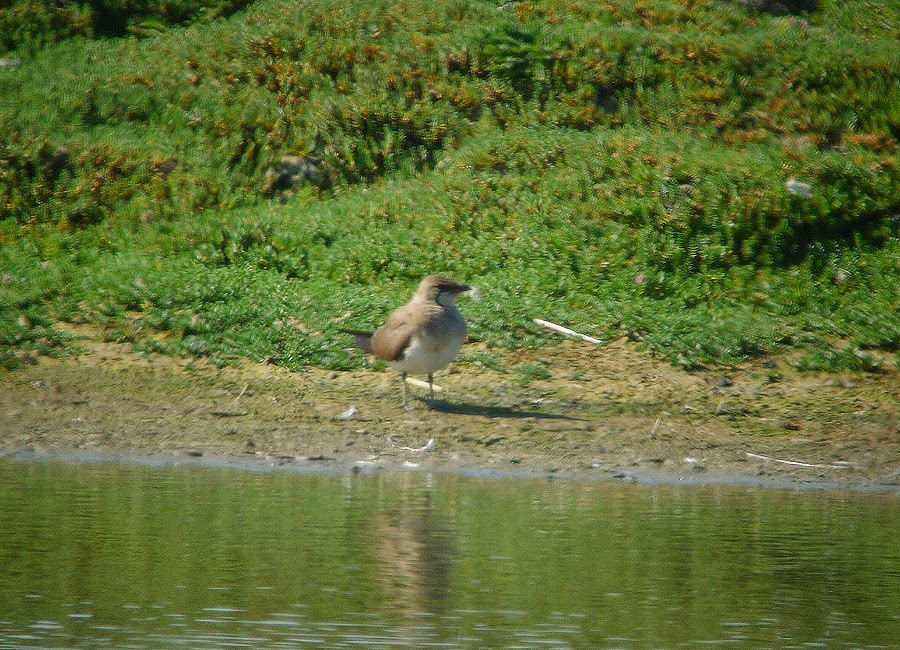 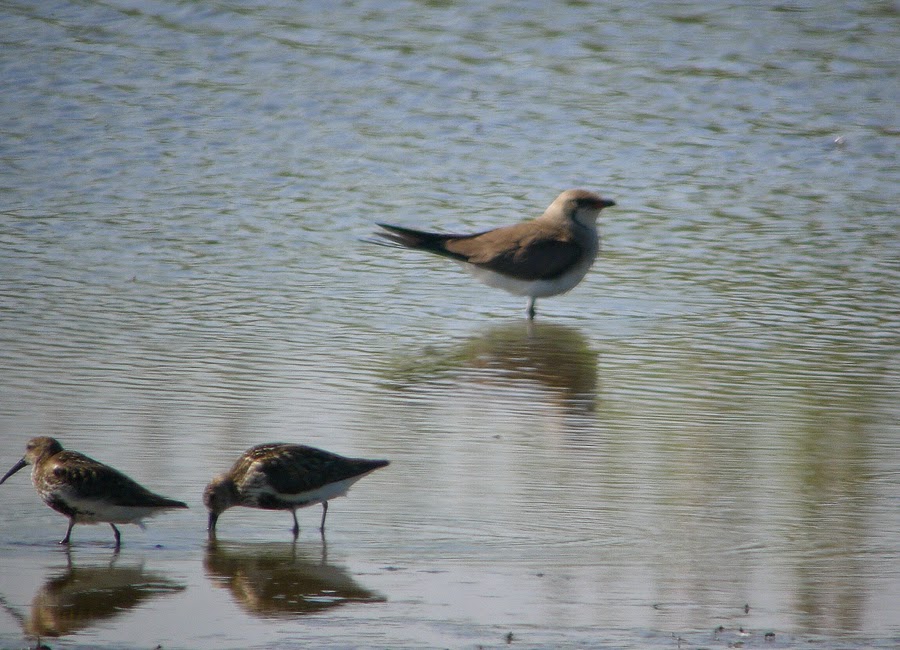 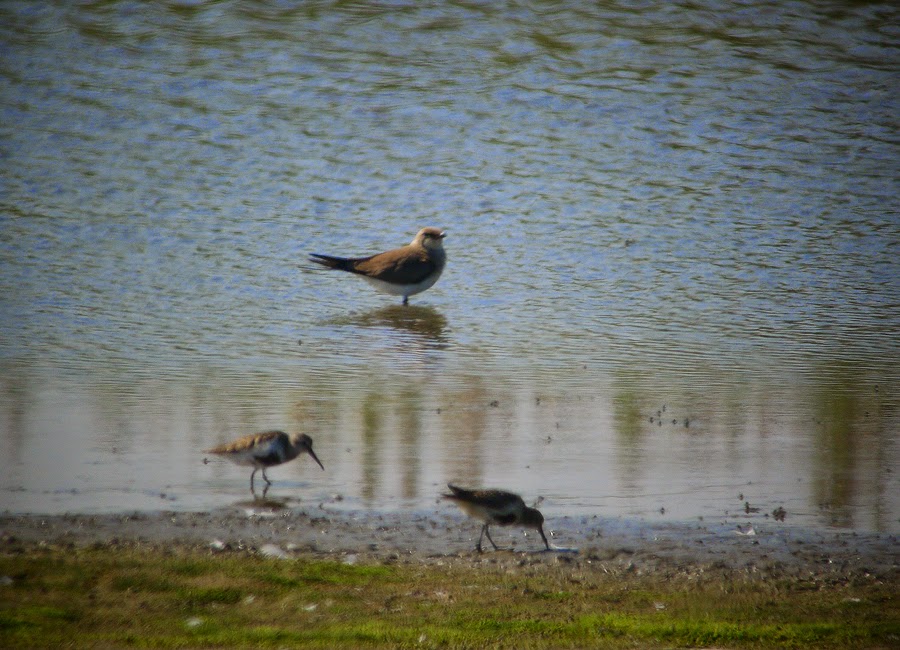 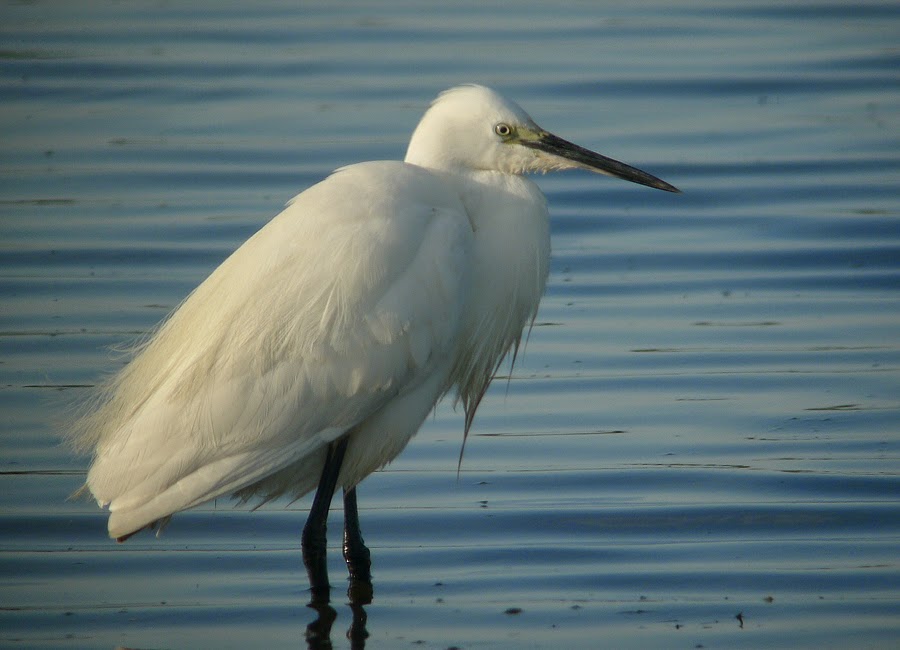 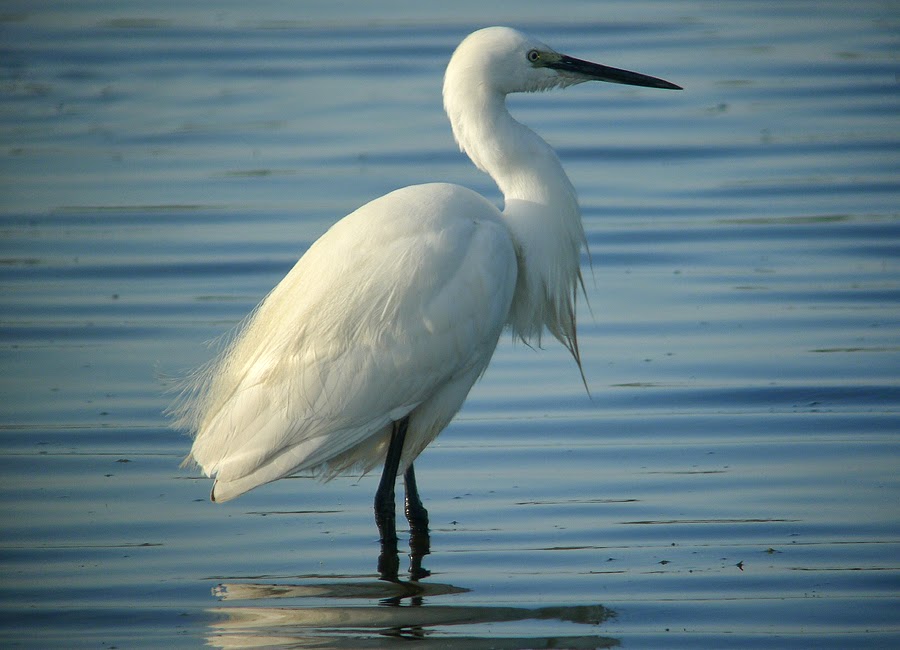 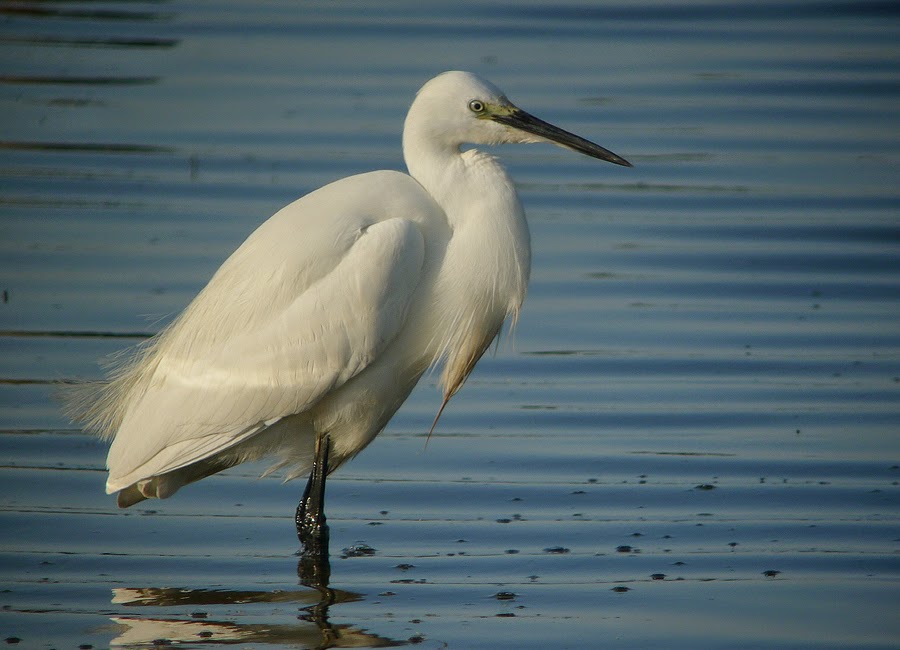 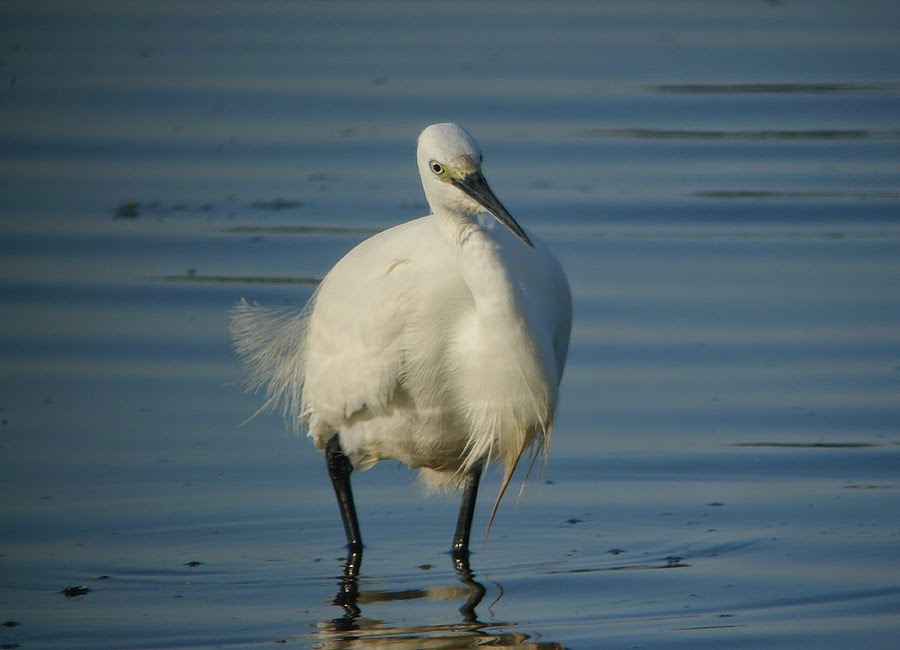 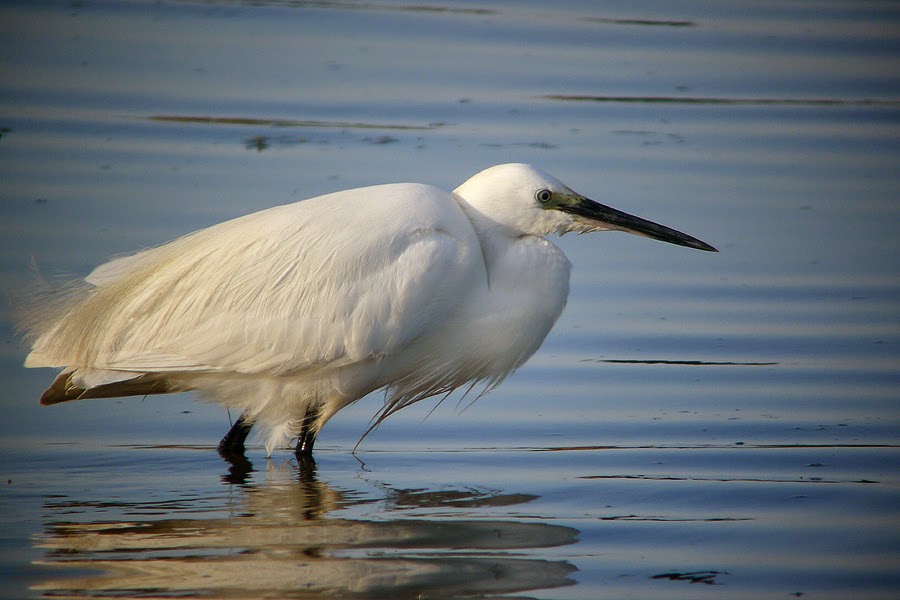 You tube video Ive uploaded
I stayed on till about 8pm when I decided I better make my way home. A great Days birding, double Pratincole day Wow.
I had planned on more photos but the haze made it impossible.
Posted by Craig Digiscoper Shaw at 09:30