On one note I ran the Ekiden Race last Sunday a marathon race but split between 6 Orwell Runners from Work. This is a race run by and for running clubs with a a few social groups such as Orwell, so I didn't expect much for my first ever race. I didn't do too bad though. I had a 5KM leg which I completed in 23 min 53 seconds. 67th place out of 154.

Back to birding.
So the last 2 weeks has been my quietest time ever for birding. Although Moulting Drake Goosander last week was a patch tick. RB Merganser, Whimbrel, a few Med gulls were on the move and a Humming Bird hawk moth visited the garden as well as 50 yards down the street feeding on Valarium.
Unfortunately I found a Dead Juvenile Cuckoo by the NSW. 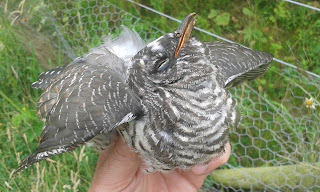 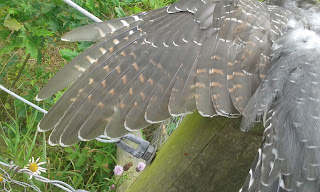 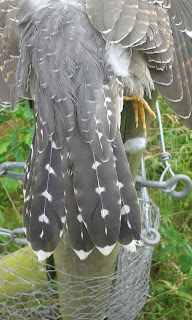 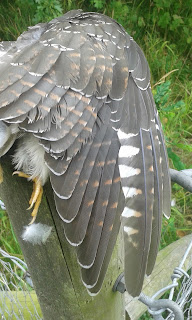 A Nice find was this Pyramid Orchid by the pond. 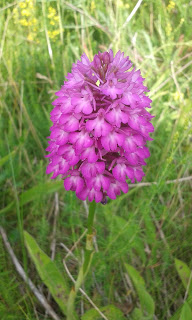 Recent moths have been this Meal Moth and Blood Vein. 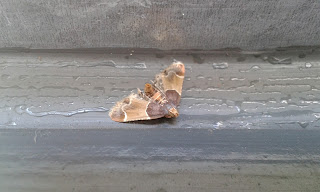 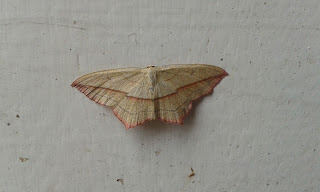 Butterflies on the patch right now are lots of Gatekeepers, Ringlets and this Meadow Brown. 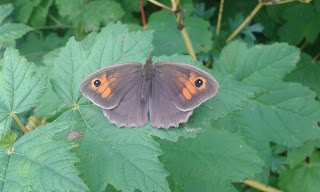 Damselfly's on the pond have been a Large Red eyed Damselfly.
Lastly this Bracket fungi Dryad's Saddle Polyporus squamosus is a coorker.... 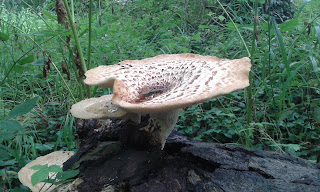