I was meeting up with friends from Derby at Cley today, so Rach n I got to Cley early to have a quick look at the nice Male Desert Wheatear that had been around off Iron Rd. I had to get a move on to see the bird and get back before meet our friends. Luckily a birder was on his way back and told me the bird was still present as it hadn't yet been reported. He also mentioned a few Water pipits in the pools closeby. Sure enough there were a minimum of 3 Water Pipits with many Meadows. I got to the Wheatear site by running but the bird was nowhere to be seen as it had hopped over the ridge!!!! I didn't have time for this..... Whilst searching I did find 2 Shorelark and a Snow Bunting which flew over. Eventually I had distant views of the Desert Wheatear.... Phew. 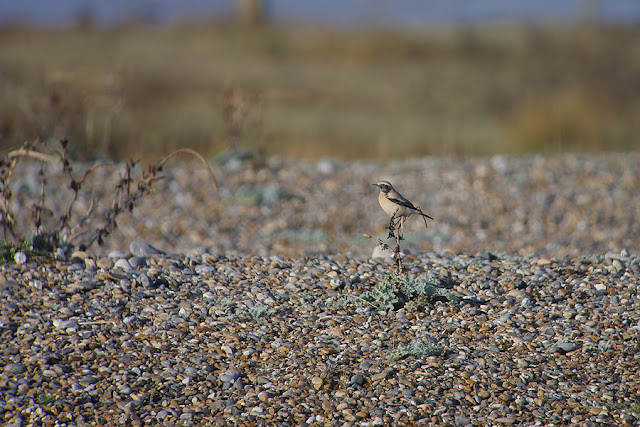 I was just about to hot tail it back to the car when it flew towards me. 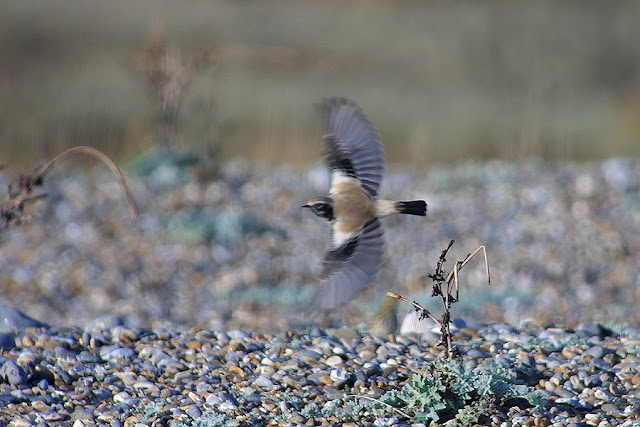 and landed on the post quite close, so I took a dozen more shots and had to leave. 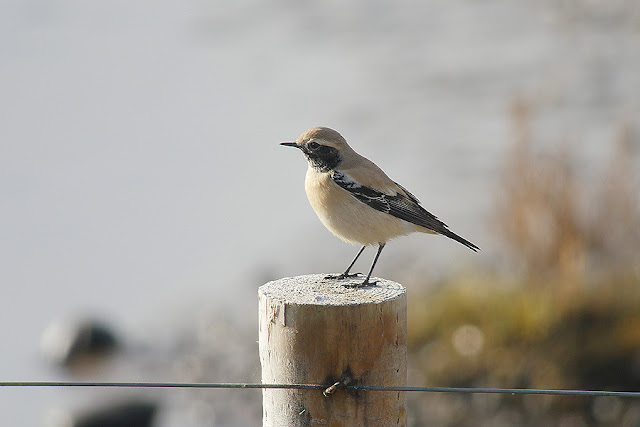 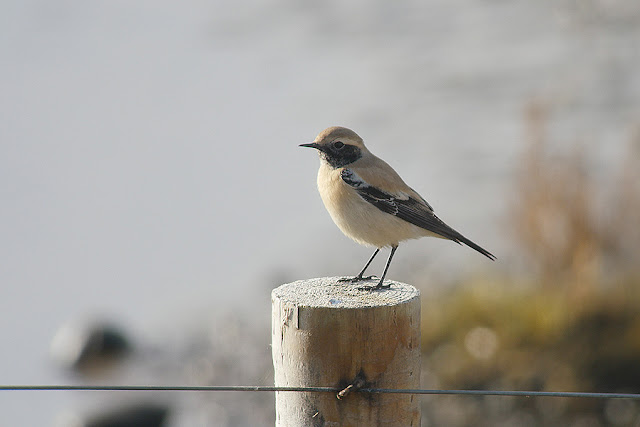 Met up with our friends and headed for all the hides at Cley. It was fairly quiet but it was nice to get good views of all the ducks and waders. A Peregrine made a couple of flybys, unfortunately it was the Tundra (type) that had been around. The Bearded tits were giving good flight views most of the day. Around at the Beach the sea hosted Slavonion Grebe, Red Throated Diver some good scope views of Common Scoter and a couple of Guillemots. A Merlin was sat on a post on the marsh.
In the group of Brent geese a single Pale Bellied Brent.
Finally on the way home a Little Owl in Great Yarmouth sat on a lamp post and then a free Firework display from Pleasurewood Hills :-)
Posted by Craig Digiscoper Shaw at 19:41