Time for a nice holiday, I'd booked the Caravan at Kelling Heath again but just a Saturday to Wednesday taking in Rachel's Birthday and a trip to the amazing Thursford Christmas show.
Anyway the important birding stuff.
Left home Saturday morning and got to Salthouse just before lunch. We stopped to check a small flock of Pink footed Geese between Kelling Village and Salthouse. There were about 400 Pinkfeet, 33 Brent Geese and amazingly 3 Tundra Bean Geese, Bingo, what a start. 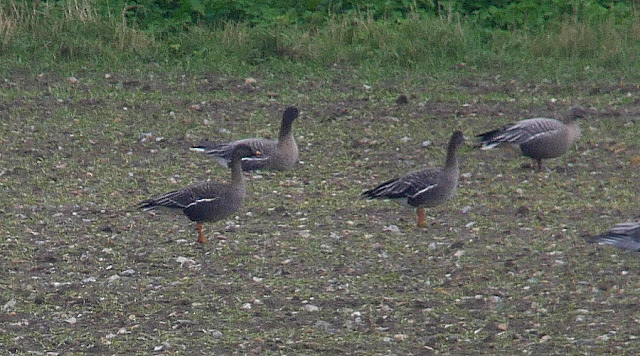 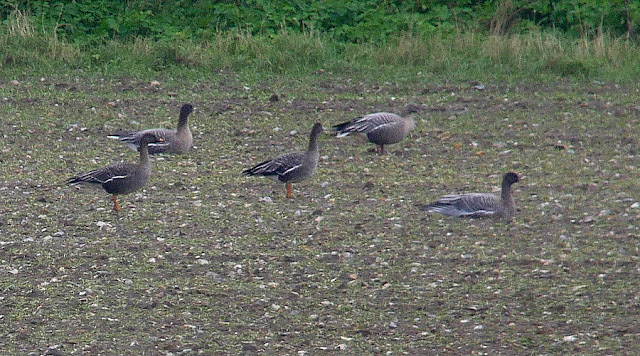 
Headed onto Holkham bay where the big flock of Shorelark had been and ones id missed the weekend before. I didn't miss them this time although I did only see a fraction of what had been there. Whilst watching the Shorelark's being pushed around by the amount of people on site I picked out the call of the Snow Bunting which I followed into the dune and had amazing views down to just a few feet. Wasn't even bothered by the dogs. 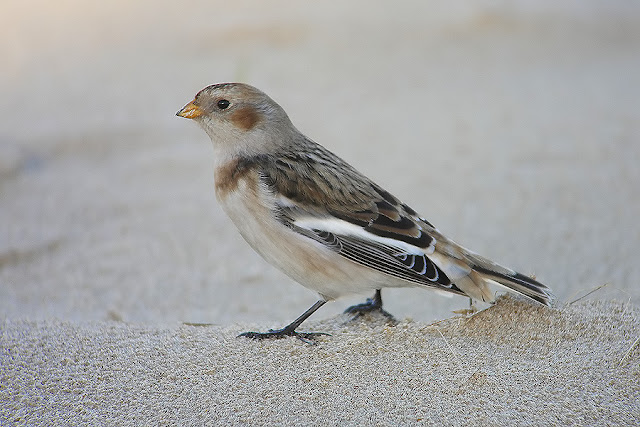 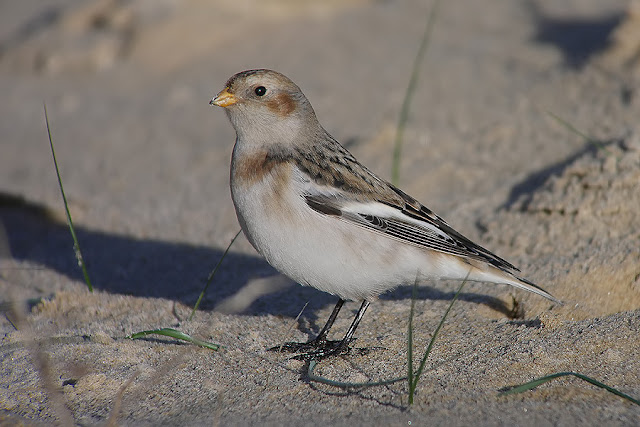 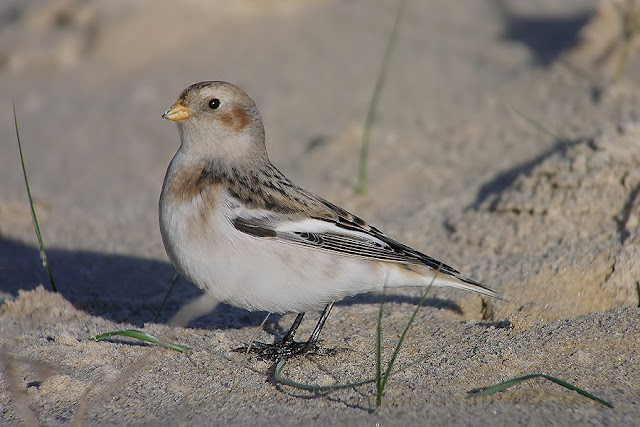 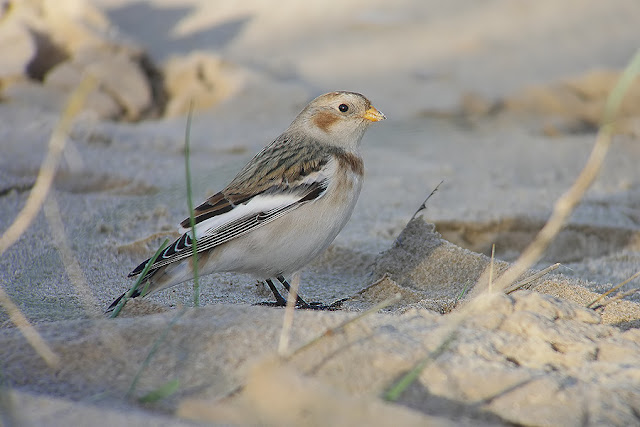 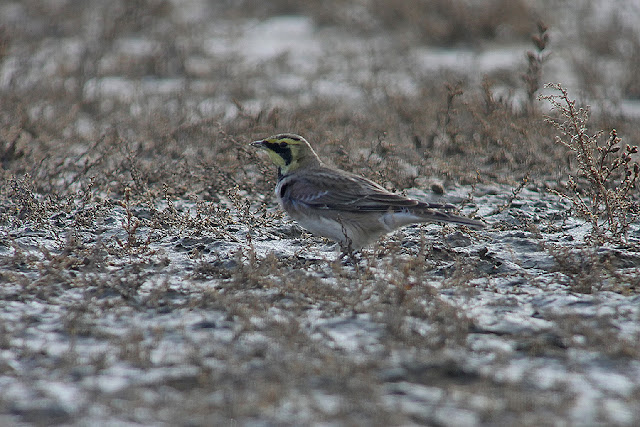 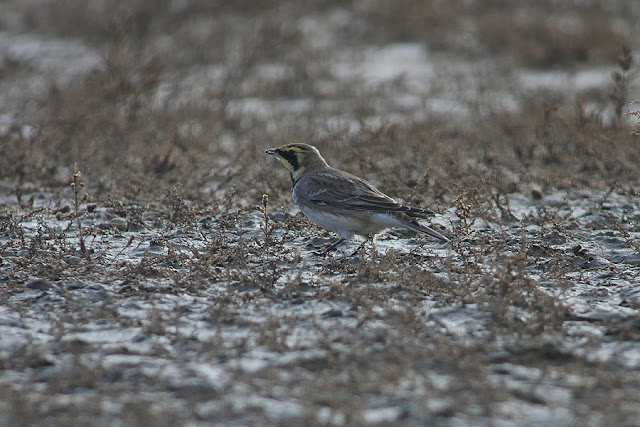 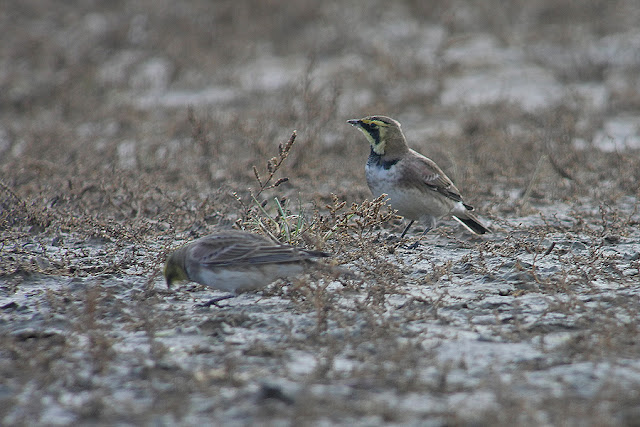 Had a quick look out to sea where I was able to pick out a couple of Long-tailed Ducks and 2 Drake Velvet Scoters within the hundreds of Common Scoters. Back along Holkham Drive the Pinkfeet were showing nicely. Nothing special amongst them unfortunately. 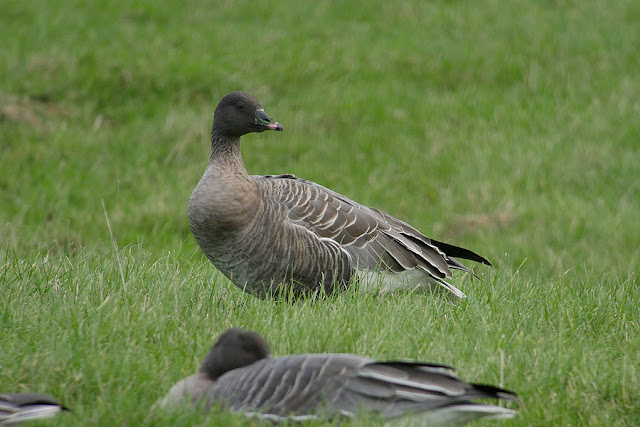 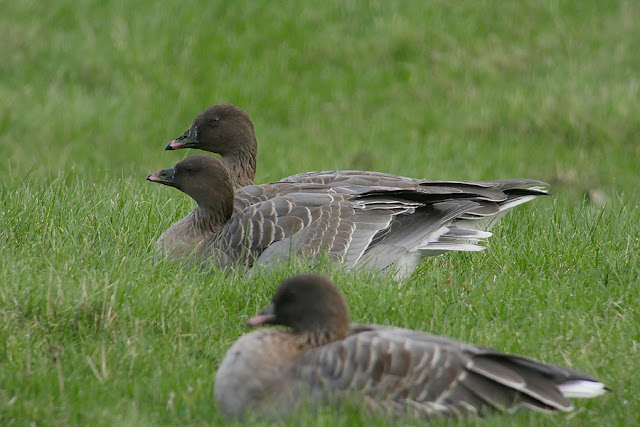 Monday was spent around Sherringham and Cromer doing tourist stuff as it was Rachel's Birthday, I did manage to find 2 Shag, an Adult Med Gull, Guillemots, 2 Red Throated Divers, 3 Common Scoter and a fly by Velvet Scoter. Found an unfortunate dead Little Auk in the shingle on Sherringham Beach, boooo.


Tuesday was great, I had a good search around the Choseley to Docking area looking for a big flock of Geese that had been seen with a Todd's Canada goose in them. I couldn't find the flock so headed for Titchwell where I did find a flock of Pinkfeet with 5 very smart Bean Geese.  To me they were the much rarer Taiga Been Geese although theres still much discussion going on as they could be an Integrate. What I do know is there definatly Bean Geese and BOU rules that's all that matters ;-)
It was still great to find the two different species though 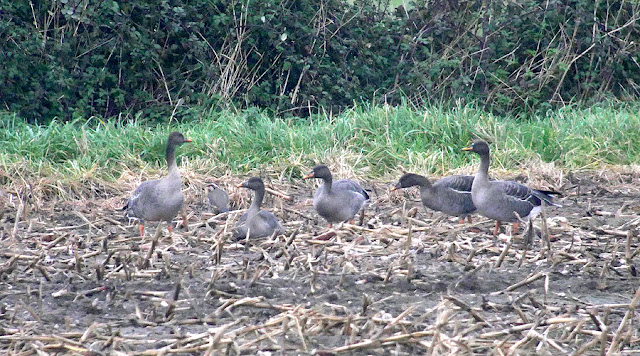 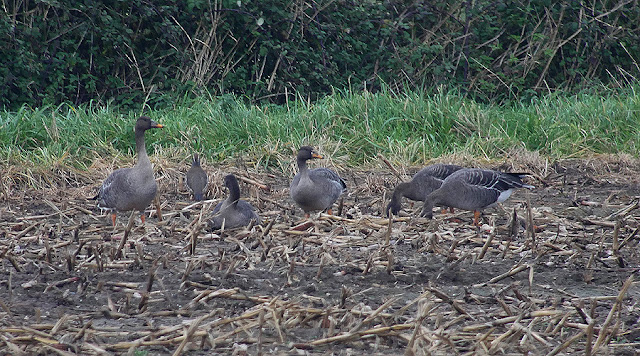 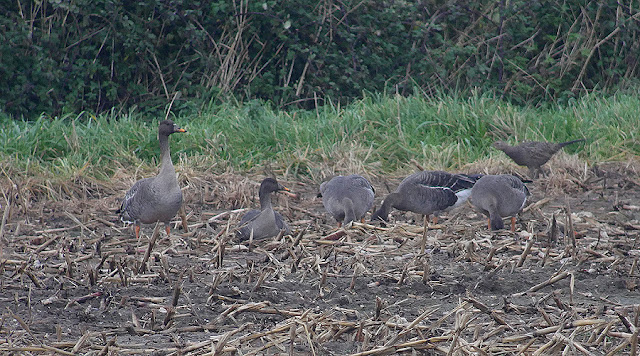 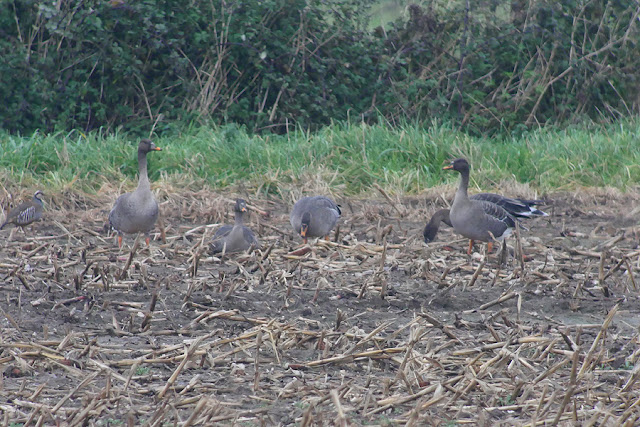 Also I managed to find 7 White fronted Geese too. Lovely. 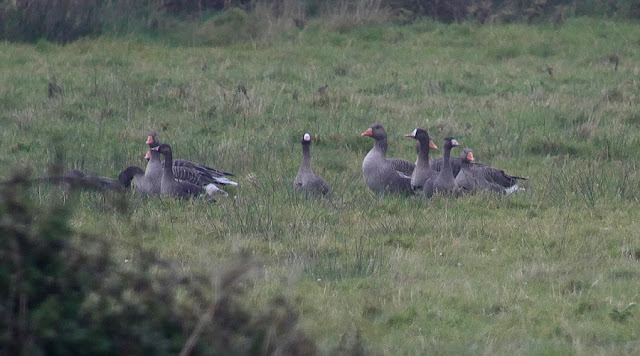 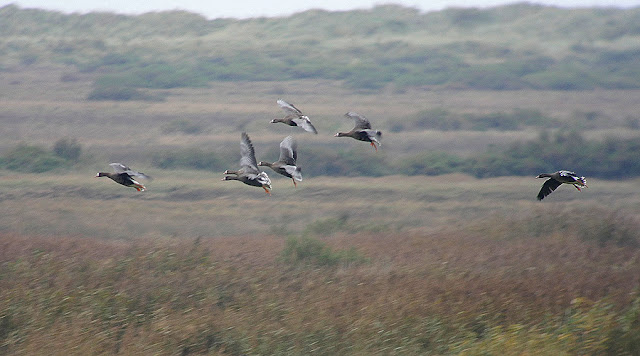 Out on the reserve the pools were full of Ducks and Waders but nothing amazingly special. A Water pipit on the fresh marsh was it. Out on the beach the tide was out so it was hard to identify many of the birds but 11+ Long tailed Ducks were a high count of the season, 19 Mergansers were nice a shed load of Common Scoter and I managed to pick out a very distant Velvet Scoter. On the beach many of the usual Waders such as Bar tailed Godwit and Sanderling.


Started to head back to the van but spotted a large white bird, it was a Great White Egret on the pools at Holkham, so turned around and took a few pics from the main road. 24 more White Fronted Geese were with it. It was getting dark so it was superb to see and hear the flight of the many hundreds of Pink footed Geese, this is what Norfolk's all about. Also Grey Partridge were nice to see close up. 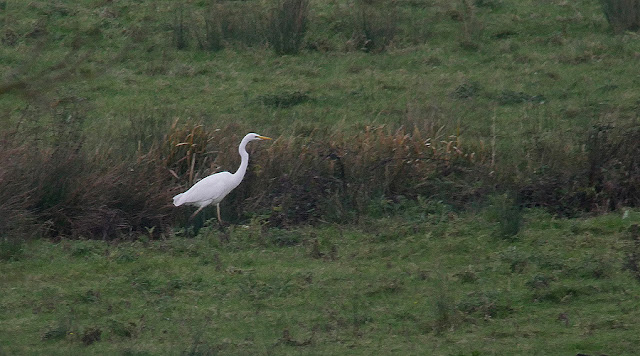 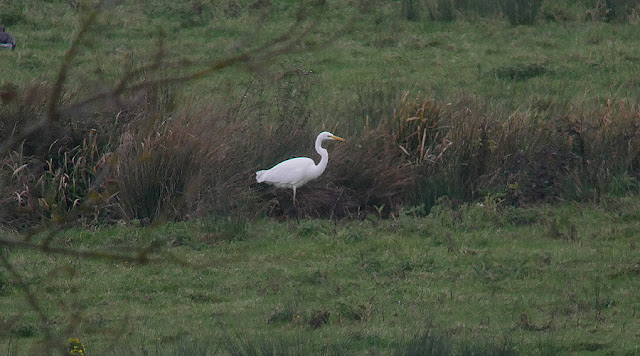 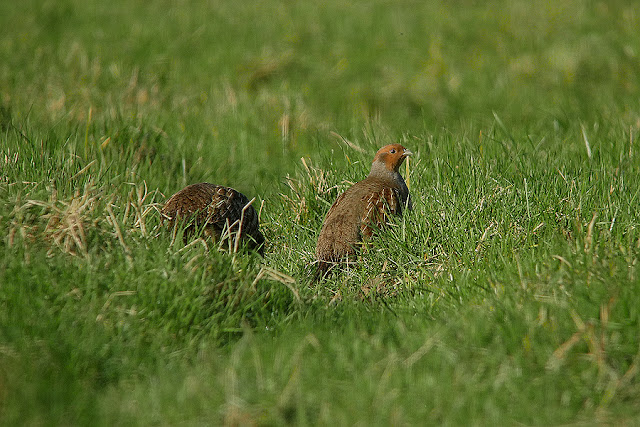 We finished by parking up at Stiffkey where a nice Male Hen Harrier drifted West and a Peregrine was out on the sand hunting. Lastly a lovely close Barn Owl hunting.


Wednesday it was time for home so it was a case of birding the heath and birding as we headed home but there was nothing of note until I got home and grabbed some time back on the patch, a patch tick Juvenile Glaucous Gull flew north and landed on the sea. 2 Common Scoters also. The rest of the patch was quiet and muddy.
Another superb trip away.
Posted by Craig Digiscoper Shaw at 16:36