James had been out early on the patch and it seemed there were finally birds moving, best being a Yellow hammer and 3 Sand Martins. So after a disappointing weekend on patch i was frustrated that birds were moving now i was back at work.
After work i headed straight out starting at COSW where birds obviously had been moving. My first male Wheatear of the year. 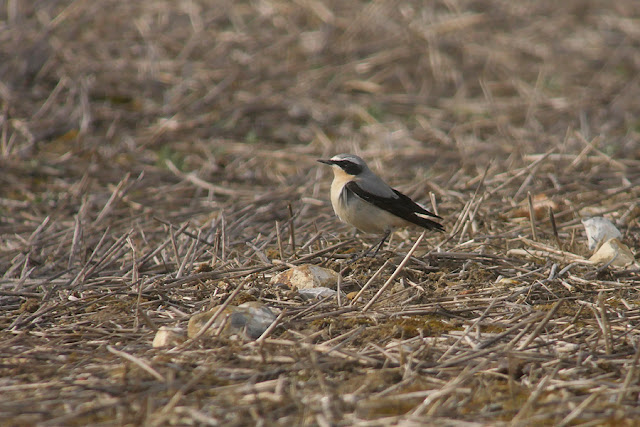 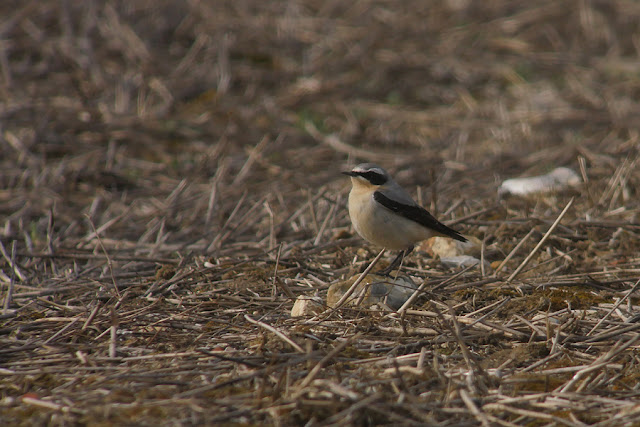 Over the next half hour no sign of the Yellow hammer but my first 2 Sand Martins of the year.

Moved further into the patch and arrived at the Dis Railtrack. I could hear a familiar call, sounds like Hawfinch i thought to myself, there was only 3 birds sat in the top of the sycamores, awesome looking birds and only the second time id seen them on the patch. Managed to get Rob on them before they headed off South. 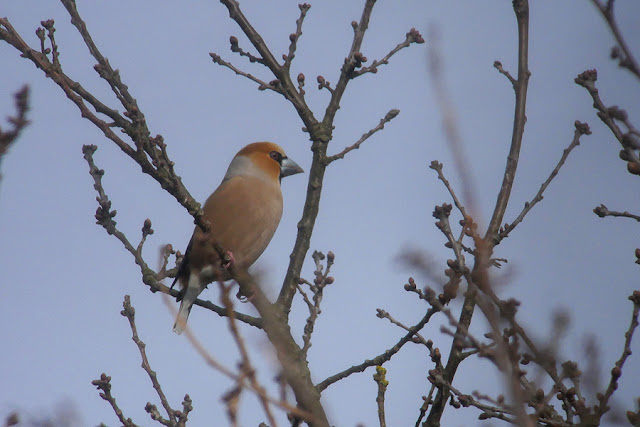 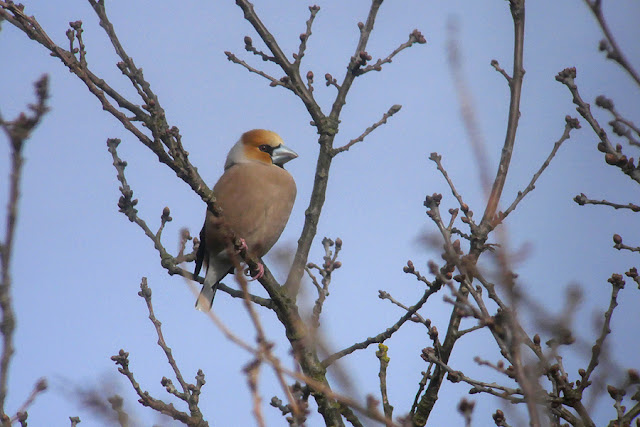 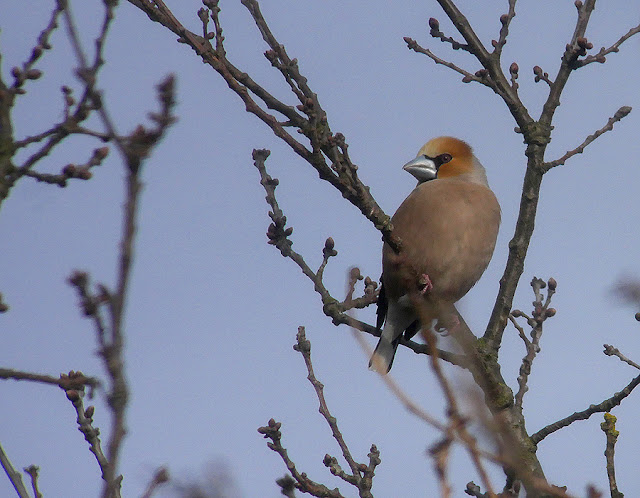 Whilst happily watching the Hawfinch 3 Firecrest moved through the trees behind me and a Chiffchaff and Blackcap singing away in the background.

What a great couple of hours.

Re edited a few a Penduline Tits from yesterday little visit to Leaths Ham. 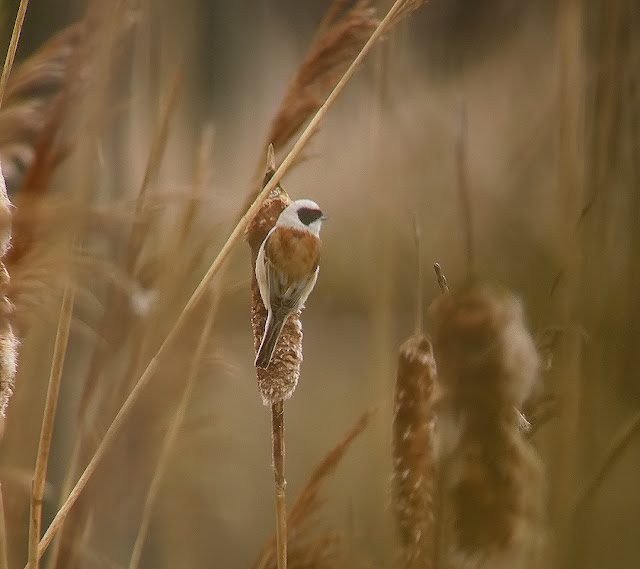 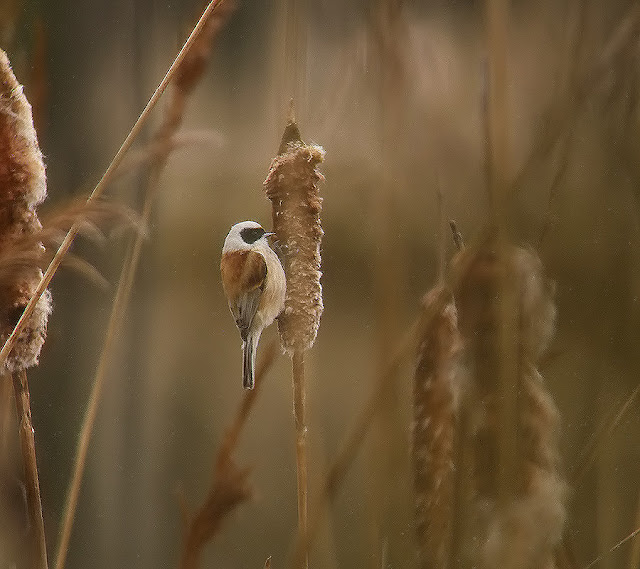 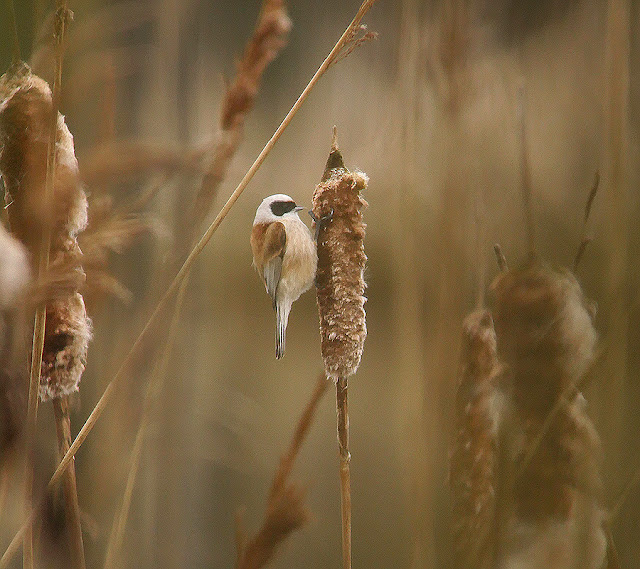 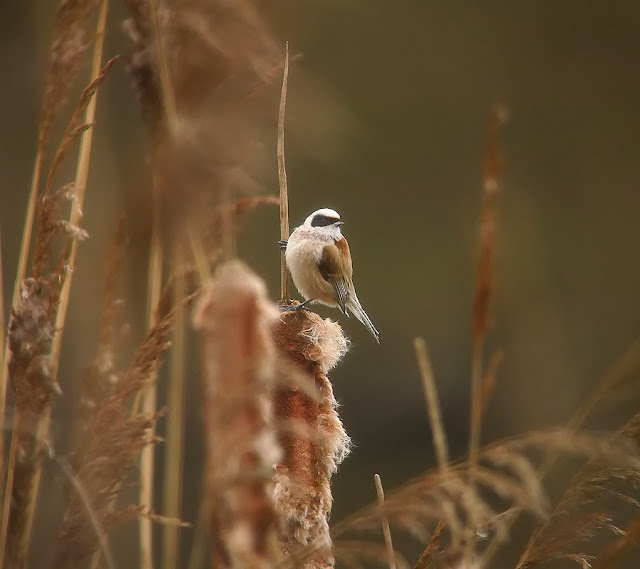 Posted by Craig Digiscoper Shaw at 20:52