Sorry ive not any updates lately but its been very very quiet except for 2 Juvenile Pied Flycatchers in the garden on the 3rd August and another on the patch on the same day. There had been a nice fall. Then August 7th another on the patch, also large bat species.
August 4th a Greenshank over and 151 Med gulls on the NSW roof.
Almost forgot the Osprey over the Garden on the 3rd.

Anyway back to today Parked up at Dunwich beach carpark and walked along the beach to Minsmere, couldnt go on the reserve because we had the dogs but the public platform was good enough for views over the scrapes, 1 Black Tern, 1 Arctic Tern 2 Sandwich Tern, 4 Little Tern and plenty of Common Terns. 20 Little Gulls including a few offshore. 1 3rd Summer Yellow Legged Gull and 7 Spotted Redshanks. Green Sandpiper and 5 Whimbrel were nice bonus's.
Lastly i managed to find 2 cracking Wasp spiders. 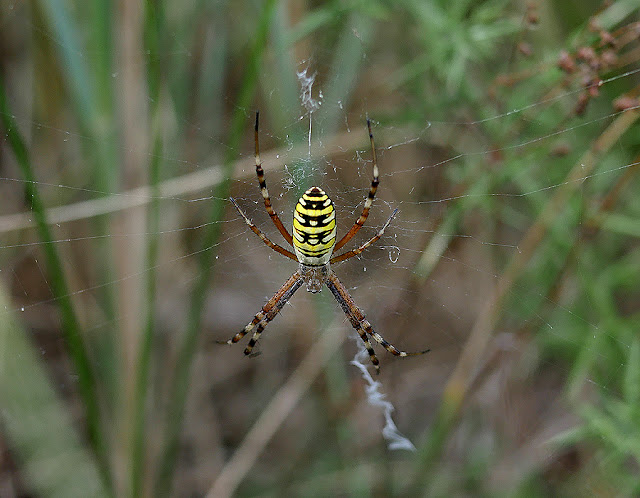 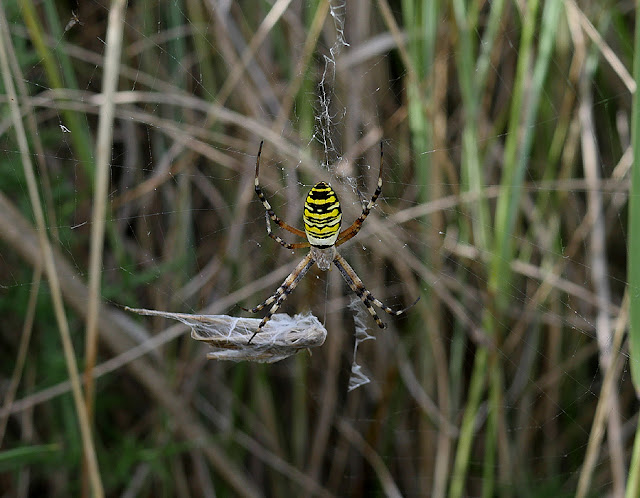 Posted by Craig Digiscoper Shaw at 20:46