Great couple of days at home on the patch down at the RSPB Hollesley the 12 Bean Geese were still there and about 180 Russian White-fronts still. An Adult Caspian Gull was again on the flash, 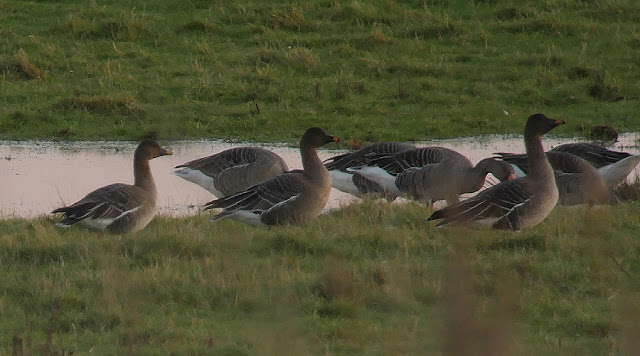 Over on Hollesley Upper Common we were surrounded by Dartford Warblers and the wintering Great Grey Shrike. A great finish to a really nice day.

The Moon put on a show to. 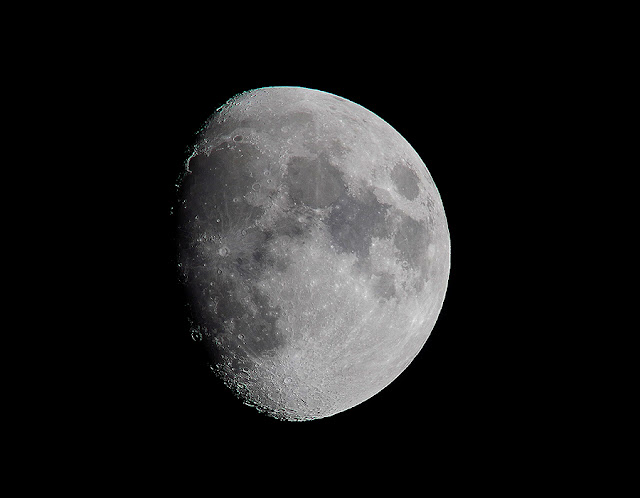 Boxing day we headed for Staverton Thicks and pools again near Boyton, the 700 year pollarded Oak Woodland.  2 Firecrest were in hollies as we left the main rd. On the pools i started looking for the Great White egret which wasn't there but i did spot a small duck with the Gadwall.
Boom a Female Hooded Merganser, I kept an eye on it to check it wasn't clipped which it didn't and to see if it had any rings on the legs. One leg certainly had nothing, i never did get to check the other one as it never came out the water and only scratched with one leg. 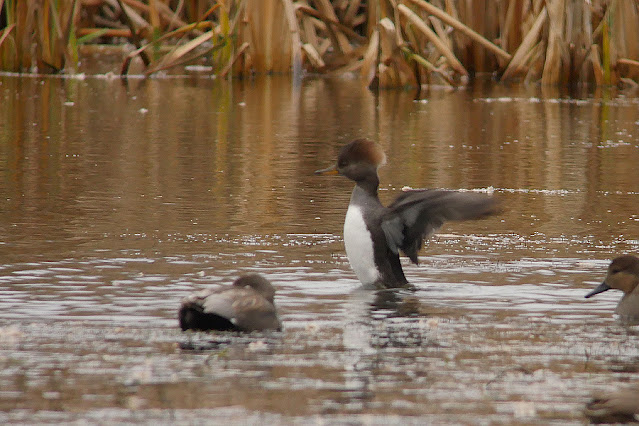 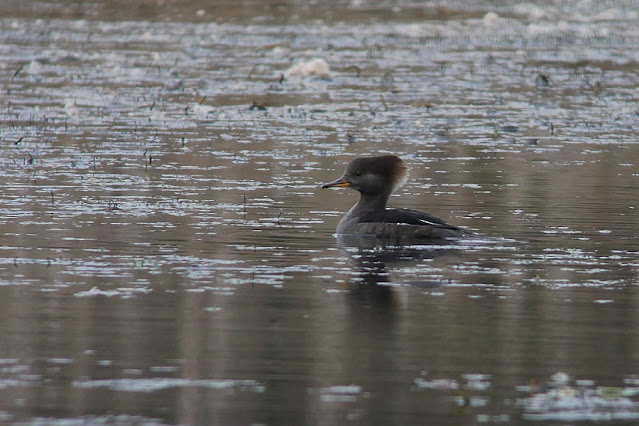 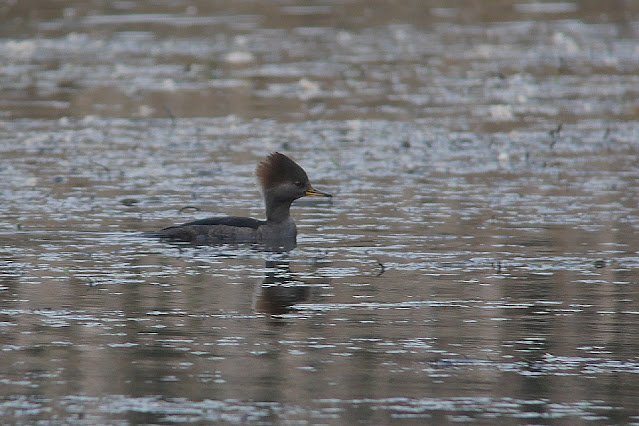 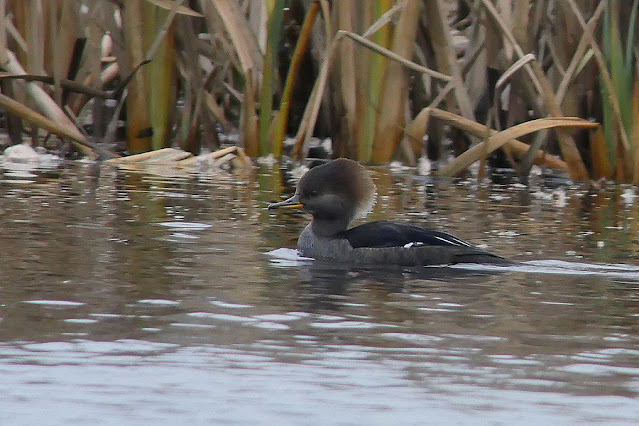 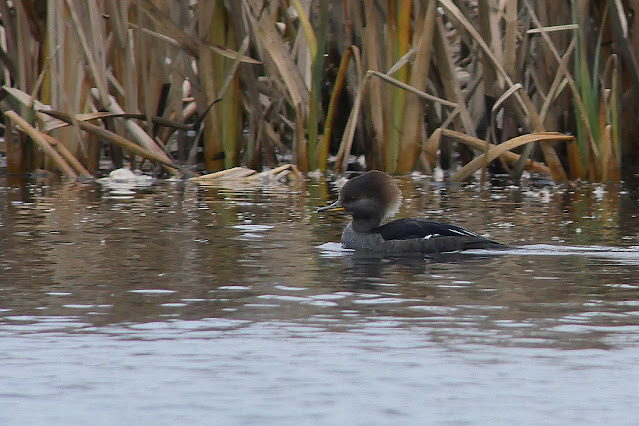 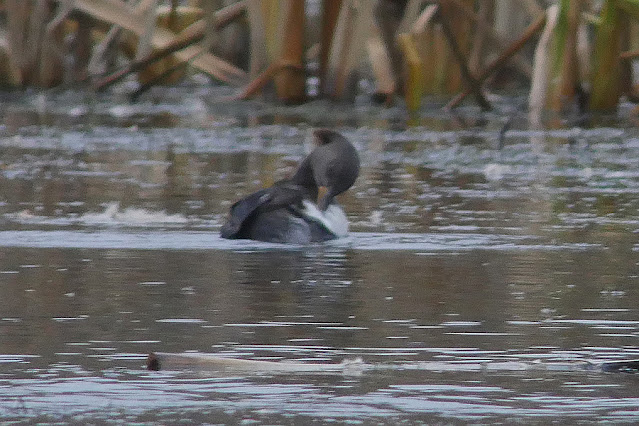 The Great White Egret flew over eventually and then after a while showed itself distantly. 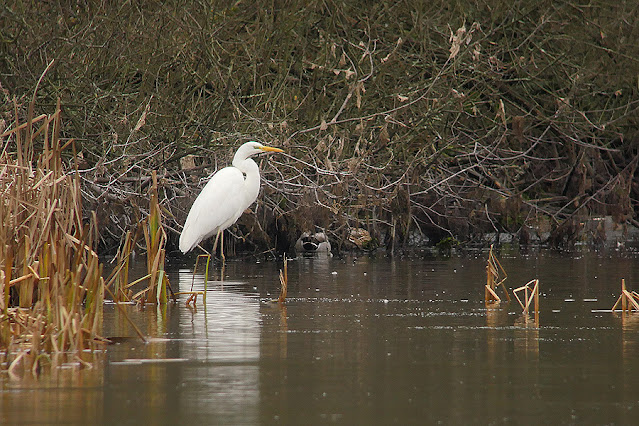 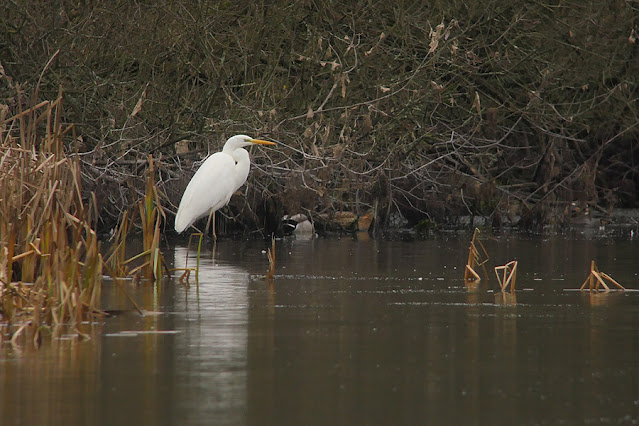 A host of other birds were Marsh Tit, loads of Siskin, Redpoll and a few Crossbill. A Kingfisher was in the area too.
A nice couple of days so close to home.
Posted by Craig Digiscoper Shaw at 19:47