On my door this cracking Zebra Spider. 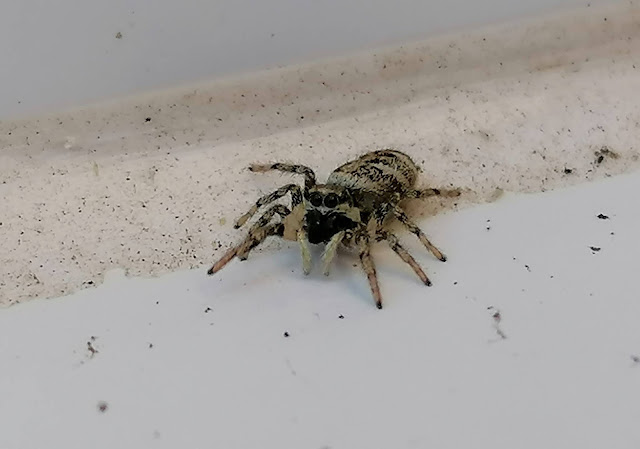 11th May
Hollesley circular, 5 painted lady. Spoonbill, Greenshank, Cuckoo, Common Sand, Dunlin, Ringed Plover, Turnstone. Wheatear. 2 Lesser Whitethroat. Birders were watching a yellow wagtail from River bank, i  could scope it more distantly from the river wall where it looked like a female Blue Headed Wagtail. The bird flew so i went to have a chat with the birders see what they thought, they didnt want to commit either way. Great thanks lads.
13th May
Spoonbills were now daily.
14th May
Friday night, Wedding Anniversary night so something different. Drove up to Iken Cliffs where the Broad Billed Sand and Kentish Plover had been in previous weeks. Walked west to get a good view of the river, hadnt even set the scope up when through the bins i picked up a large Tern, i thought what am i looking at surely not a Caspian Tern naaaaa cant be. Got the scope up and bam, damn well was a Caspian Tern. Put the news out and got a series of distant shots of the bird. Not a place you can get close to anything here so these record shots had to do. Not a lot of other birds to be honest just a few nice Summer plumage Red Knot and  Greenshanks. 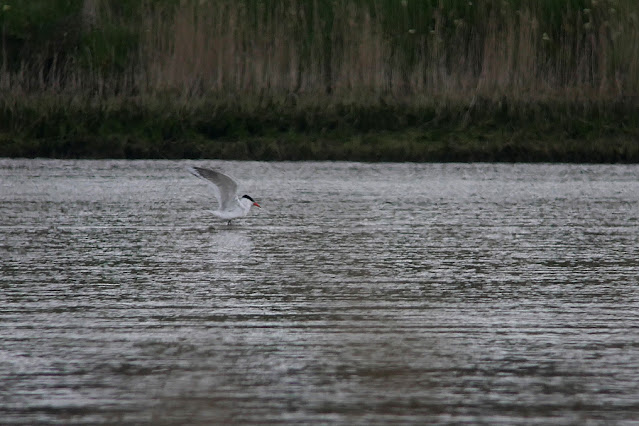 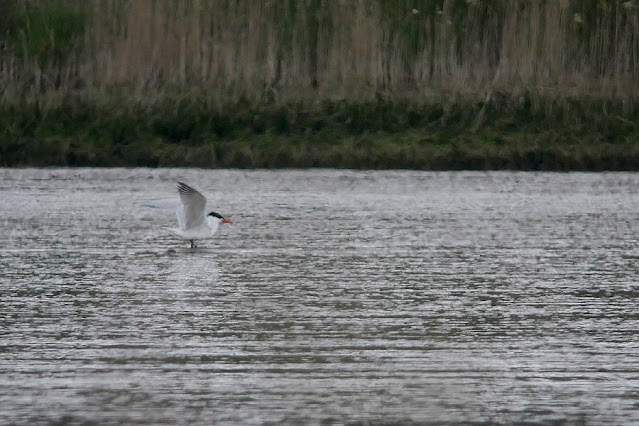 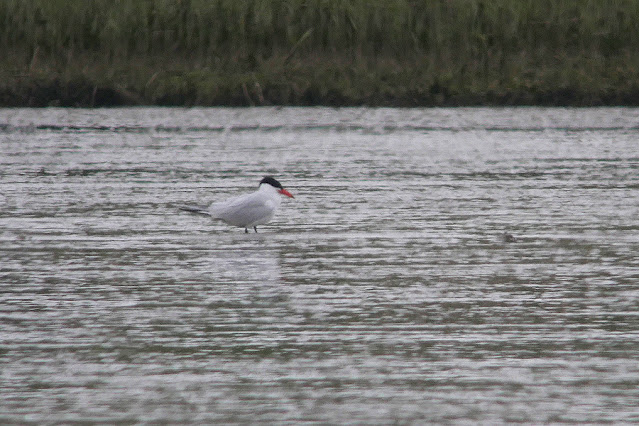 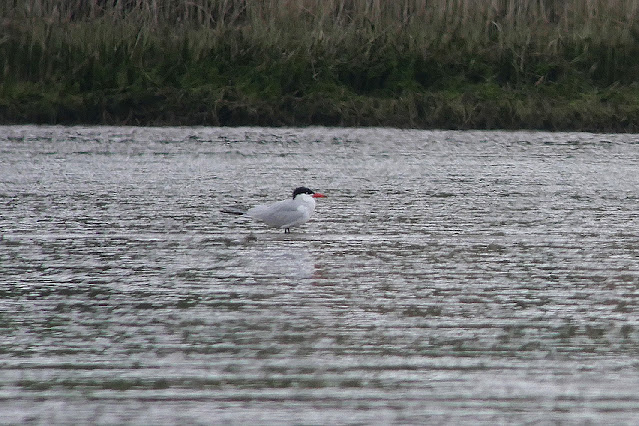 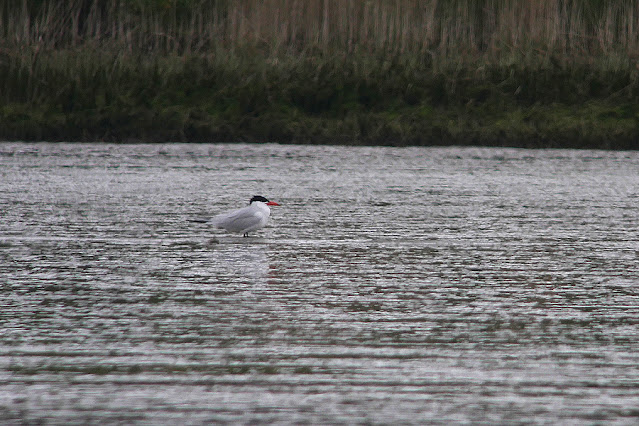 May 15th
Started early on patch, but very quiet with just 3 Cuckoos chasing each other. A pipit or lark flew over and landed on the shingle bank the other side of the river, called 3 times sounding like a Spotted Redshank, so no idea what that was.
Rach dropped me off at Upper Hollesley Common to have a good walk around the perimete of the airbase hoping for the Hoopoe that was seen the day before to no luck, but i did have at least 25 Crossbill with many juvs, Woodlarks, Dartford Warblers, Redstart, Willow Warblers and a singing Nightingale. 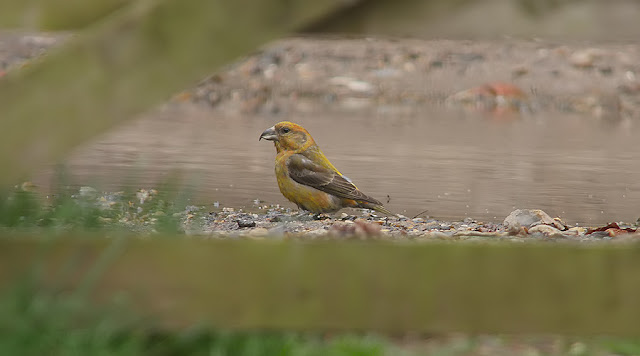 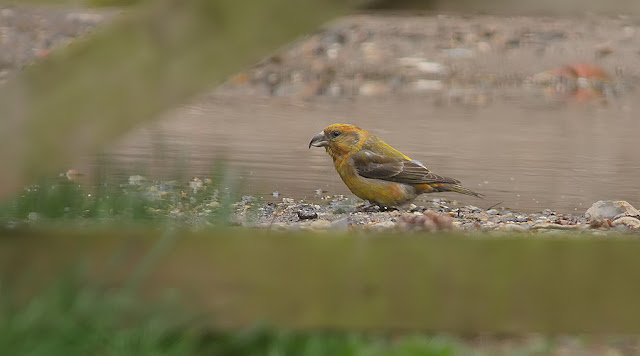 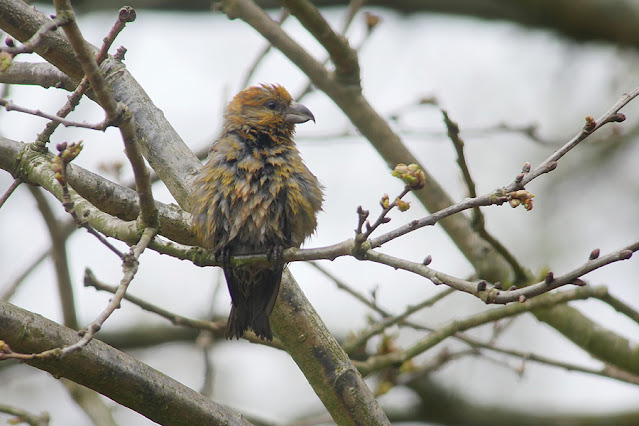 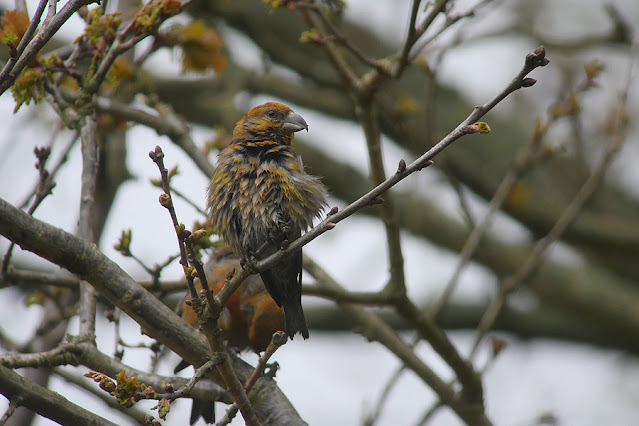 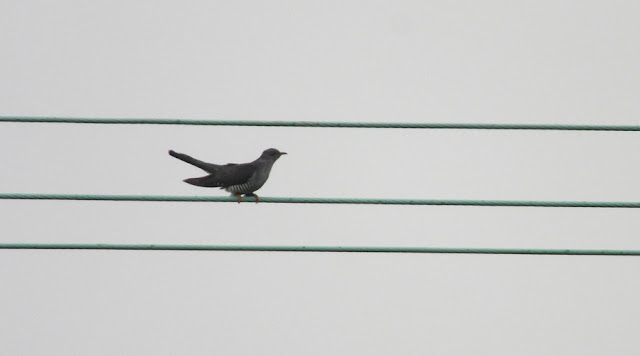 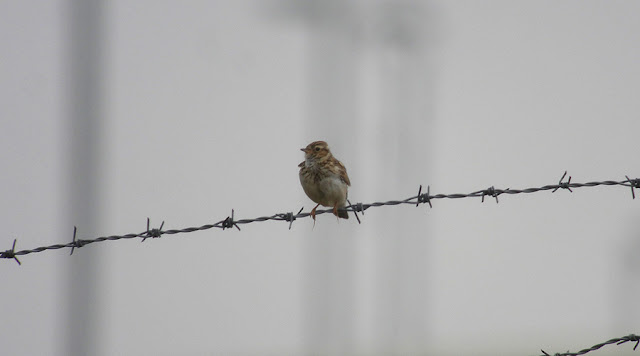 16th May
Nothing to report disappointingly.
Posted by Craig Digiscoper Shaw at 19:03