Well thankfully my last blog post wasnt my last of the year as i got the opportunity to nip over to Norfolk from Derby where i was visiting my Parents. The Original plan was last week i had a trip over to brugge on the PnO ferry, we were to get back to port early Friday morning then wizz down to Norfolk from Hull. This didnt work as the port locks broke and a delay of about 3 hours made us get back to the car by half twelve which made day tripping Norfolk impossible. I thought that was it no Birding in Norfolk.
Well come today Rach and mother decided they would like a trip to Norfolk for the day......Bingo
So by 7-30 we were on our way stopping off at Fakenham for an elusive Great Grey Shrike, it did finally show albeit distant. This put us back a bit, i then had to stop on the B1355 to check about 300 Geese mainly Pinks but nicely 5 Bean Geese. 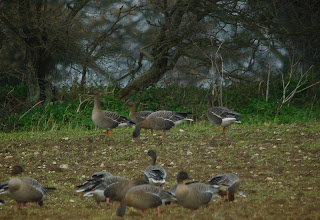 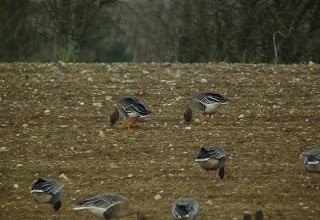 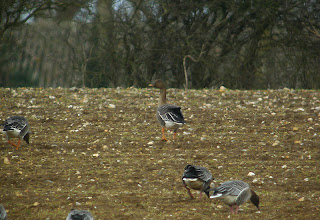 Finally we Got to Cley, Rach and Mother dropped me off and they went to sherringham. Now i new the Western Sandpiper had been Flushed at about 10-30 but i just had to live in hope that it would return today!!!!!.
About 2oclock it did finally return but was always distant so after watching it at distant i decided to go to another hide for closer views. I took some shots of a few of the Ruff that were present and just befor i left a Water Pipit flew over and landed infront of another hide but when i got to the other hide it was no where to be seen. 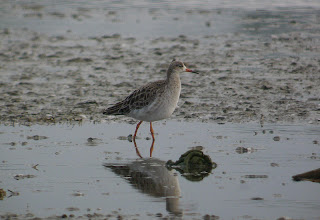 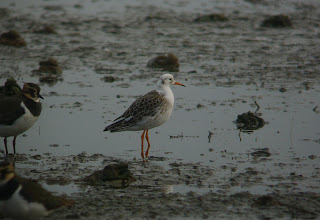 I finally got to the hide Bishop i think but the light had faded and i managed good views of the Western Sandpiper but photograpghy was impossible. Video footage here.
If im gonna be honest i would never have id this in a month of Sundays, i would have said No thats not a Little Stint and No its not a Semi p but what it is F*ck knows???? So im glad i never found it. 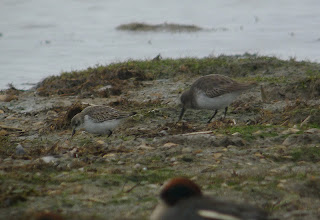 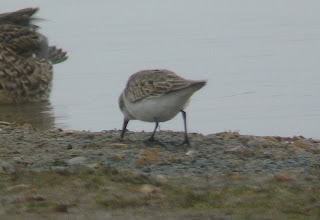 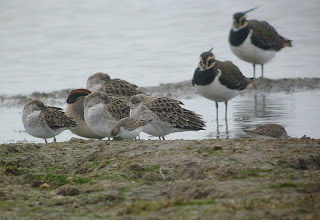 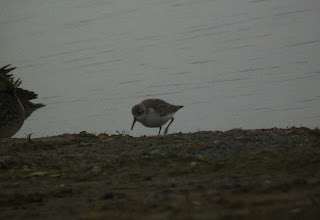 So an Awsome finish to the year and back to sunny Cumbria tomorrow.﻿ Booooo
Posted by Craig Digiscoper Shaw at 22:22