Well seeing as i was still here in Derbyshire visiting folks I decided to have the morning over in Lincolnshire and Willow Fen for an adult female Black-winged Stilt, now i no id seen a few in Spain in early March but there just such cracking birds i just had to go see this one. After all i was only 60 mile away in Derbyshire. So after an hour and a half id met up with Chris Baines and was now searching for the Stilt. It had flew off half hour before we had arrived. We had a wonder around this very new site but were getting a bit despondent. We were walking back to the car park where the ground was slightly raised to watch for the bird to fly in from somewhere but before we got there i found it in flight as it landed where we had just come from... Bugger. So we walked back and was able to get good scope views of this beauty of a bird. No chance for decent photos as it was just too far even for me. 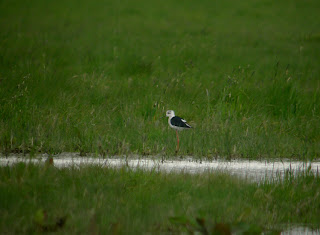 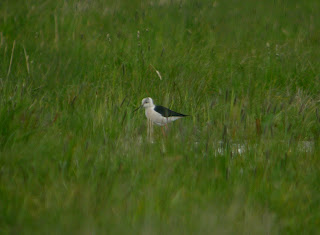 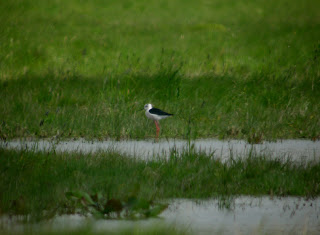 A couple of House Martin were a year tick and on the way home a Marsh harrier was it really. Still a nice morning out.

Posted by Craig Digiscoper Shaw at 18:05