Well today i got up cleaned the van and thought hmmmm where should i go today.... Fife erm yeh ok, that Eastern Olivaceous warblers been screaming at me for 3 weeks now. So i was on my way but first stop was Carlisle for some cracking Waxwings, pity it was grime light and pissing down AGAIN! 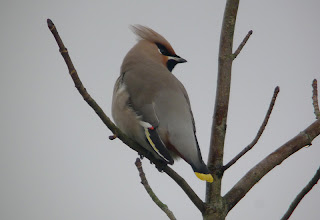 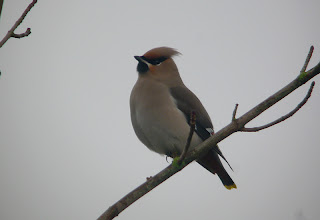 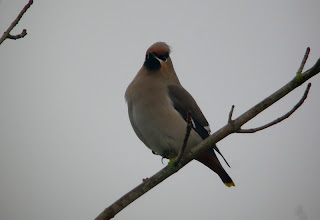 So i gave these birds half hour as i sat in the van waiting for the rain to stop, it never so i moved onto Fife, arriving just after lunch. i notice a Surf Scoter had been reported from Lower Largo and as i was passing i stopped to look at this first, nervously ;-). I scanned the sea a few times, great views of Velvet Scoter, Long-tailed Ducks and Slavonian Grebe, Red Throated Divers, Eider and Shag. Eventually a long way off i spotted the Male Surf Scoter, OK scope views but that was it.
Probably would have been closer to Ruddons Point.
So now onto Kilminning for the 3 week old Eastern Olivaceous Warbler, a lifer for me but i really hadn't been able to muster the enthusiasm to go see it till now. I got to the favoured car park and immediately i could hear it calling and then bingo my first views, pale, large and cracking!!!! WOW well worth the trip and the easiest lifer Ive had in years. 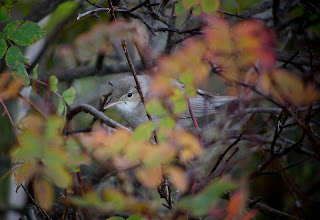 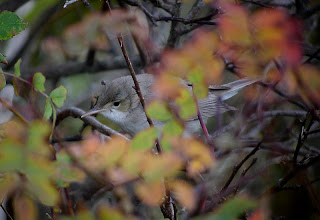 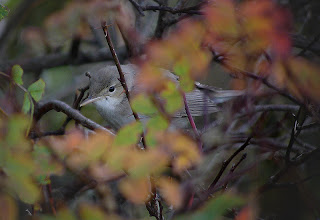 So by 3pm i had seen all my target species so went back to look for the Surf Scoter, by now the swell was much worse and i couldnt find it...
What a Very Very good day though.....
Posted by Craig Digiscoper Shaw at 19:40