Well i was in Workington this morning doing me chores when 8 Waxwing flew over calling, nice start to the day. So after me jobs i went on the search but couldnt find the Waxwings or any trees which might hold some. So now having the need to see some more and close up i headed to Kingstown in Carlisle. When i arrived there were no sign of any on the rowan trees but i did see five flying around the tops of some Silver Birch a few streets away so i made my way around there but they had gone. I sat for a while when they dropped back in but after 30 seconds they were gone again. I made my way back to my original spot where again i waited but nothing for about half an hour. Eventually the five dropped in but the movement of lorries and people around this area made them very flighty. Then a group of seven dropped in again for a matter of seconds then they were away and the five dropped in again, so theres 2 groups of at least 12. I managed a few really crappy shots again in the gloom, wind and the heavy drizzle so i just gave up and came home. The weather had really closed in by now.. Shame really i love Waxwings and would love to photograph them on the ground as a couple of people have done from this site, but there was no way today! 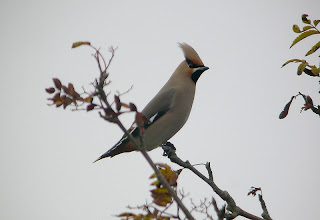 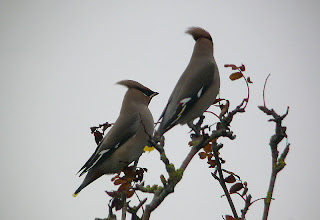 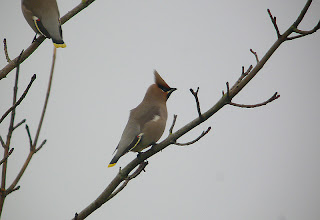 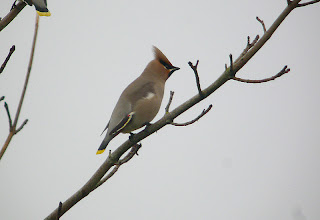 Posted by Craig Digiscoper Shaw at 14:41