Been a very busy couple of weeks, at work, in the centre of Norwich ive seen FIRECREST in one of my gardens I maintain and from the top floor of some flats a Humming Bird Hawkmoth, amazingly late.
So last weekend was spent driving up to Cumbria to fetch the rest of the stuff and Rachel, so she's now here for good and has started her new job.
Back to today and I could finally do some birding woohoo, so took dogs down to Corton Old sewage works and a circular back home. Great to hear a SNOW BUNTING fly over and then the dogs flushed 4 LAPLAND BUNTINGS, they flew up and joined a flock of 10 something's, probably Meadow pipits but could also of been more Lapland Buntings. A late CHIFFCHAFF called from the churchyard.
I had a few jobs to do today so as I was passing I nipped in for the Juvenile GLAUCOUS GULL that had been in Hamilton Docks Lowestoft but a couple of visits proved fruitless but on my third try just before it got dark It was finally there, bingo.
It was the smallest and darkest Glaucous Gull ive ever seen.
A great day and good to have Rach back. 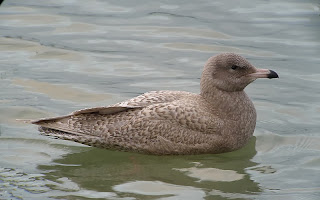 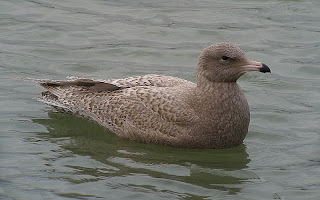 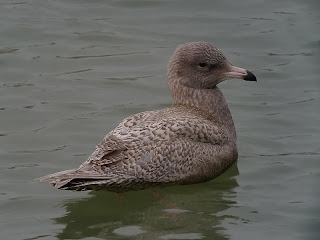 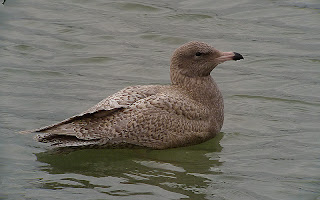 Posted by Craig Digiscoper Shaw at 18:29