So Today I stayed put till about 9 am when the wind and rain finally stopped battering against the window. Rach didn't want to get her wellies dirty so It was just me n the dogs. Sea watching off Corton was poor, a good movement of Kittiwakes a few distant divers and a Juvenile Arctic Skua was the pick of the bunch, oh not forgetting the very distant Velvet Scoter in flight.
I moved onto Oulton Marsh to get the Glossy Ibis which was still present, took some finding first as it was hiding in the long grass. A Little Egret was a year tick. 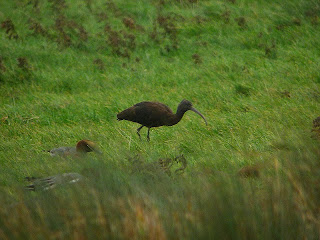 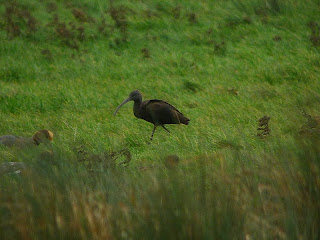 On the way back a Barn Owl was hunting and showing nicely. 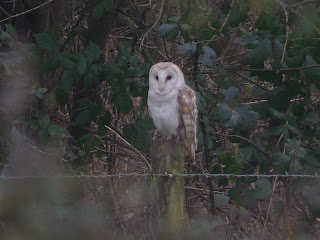 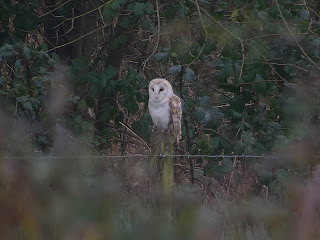 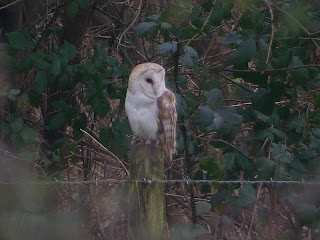 I moved onto Pakefield Beach where I struggled to locate the Snow Buntings but saw 4 Med Gulls instead. On the way back the Snow Buntings flew in from the North, originally 25 which built up to 55 by the time I left. 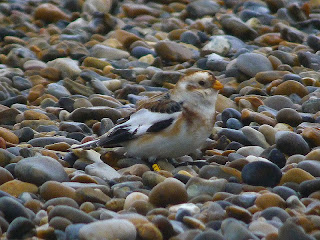 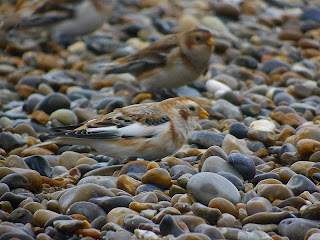 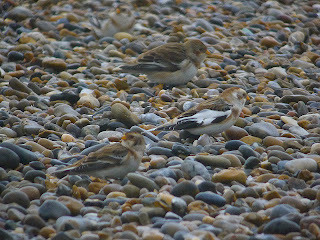 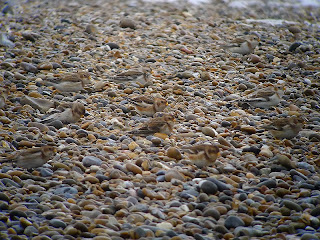 Lastly on the way home I quickly nipped into Ness point for Purple Sandpiper. Again weren't seen when I arrived but a walk north payed off and 12 showed well all but briefly as the sea was so rough.
It was getting dark, not that it had ever got light today so I headed home.

Posted by Craig Digiscoper Shaw at 17:02