Happy New Year all This morning I decided id get out early as the rain and wind was due by lunch. Grabbed the dogs and walked to the patch Corton Old Sewage works first bird of the new year was Starling. I then stood doing a sea watch for the next couple of hours and it was excellent picking up Black Throated, Red Throated and Great Northern Diver I picked up a distant grebe coming from the north it then headed out to sea and I could just make out the wing pattern of what im very sure was a Red Necked Grebe. Talking to some other people when 2 White Fronted Geese flew directly over head. Duck numbers were big mainly being Wigeon, smaller numbers of Teal a single Mallard and at least 8 Pintail. Good numbers of Common Scoter were just visible from here but too far to spot the  Velvets that were with them. An adult Med Gull flew south and there were plenty of Dark Bellied Brent Geese and Kittiwakes. the only wader though was a patch tick single Grey Plover.
A walk around Corton New Sewage works and the railway was very quiet but plenty of small jobbies and a couple of Green Woodpecker. A lone Brent goose was feeding in fields by the sewage works. 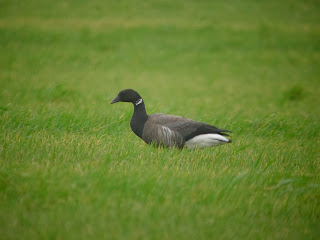 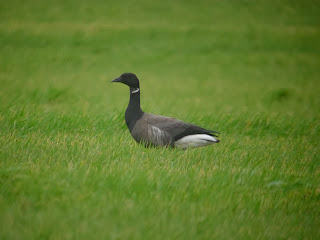 Finished at Corton Woods as I was hoping for Firecrest but the weather was now changing it was windy and wet and the Firecrests were nowhere to be seen, so packed it in and headed home on 50 Species, brilliant mornings birding and all within half a mile of home.
Till the weekend when ill be picking up some real rarities... Bewick Swan and Glossy Ibis hopefully.

Posted by Craig Digiscoper Shaw at 14:56