Nowt on patch of note this morning so moved onto Burgh Castle just to sit n relax before being back at work tomorrow.
Anyway scanned the Ducks and Waders mainly Teal Wigeon Mallard and Gadwall. Waders were Dunlin, Redshank and a nice winter Spotted Redshank.
On the marsh it was Awesome picked up my first Short Eared Owls if the year finally counted a minimum of 7 birds 4 in scope at once. Crap pics I know. 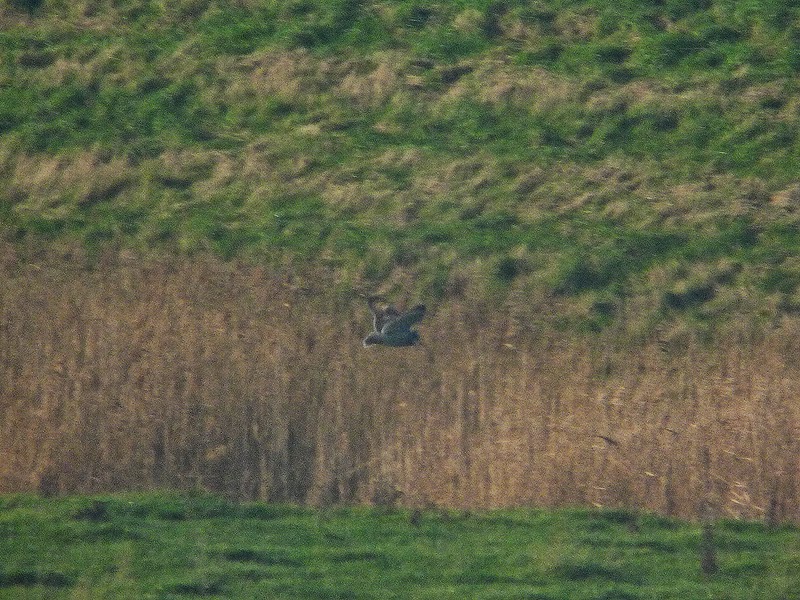 Then a nice Rough Legged Buzzard flew in and landed on a post.
Its a bird honest, on right hand post.. 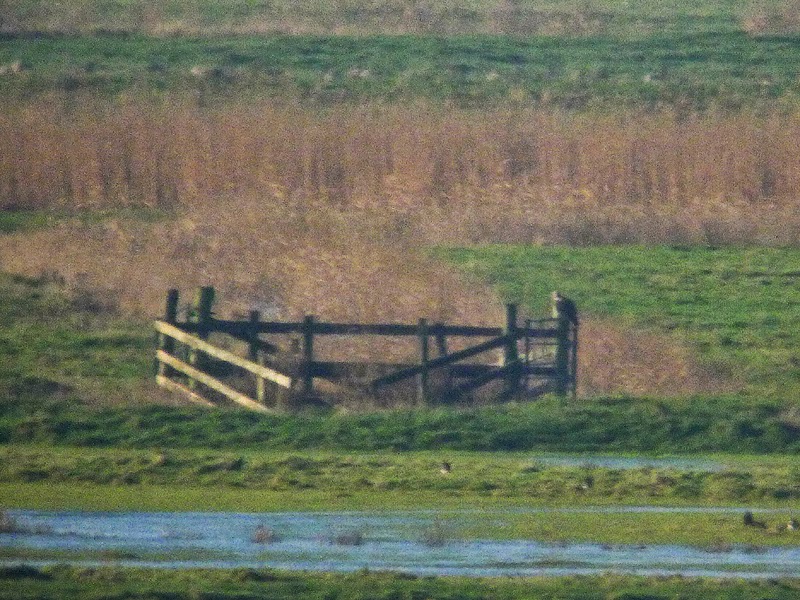 A cracking Male Hen Harrier was a stonking bonus and plenty of Marsh Harriers and common Buzzards. A Peregrine, a few Kestrels and a Merlin topped off a great day for Raptors.  The Bearded Tit were very active pinking and flying back n forth and the final decent bird of the day were a small group of distant White fronted Geese. The distance was too far to count and im sure there were Bean geese mixed in with the pinks but just too far to confirm em.
Final tick of the day a nice Fieldfare. 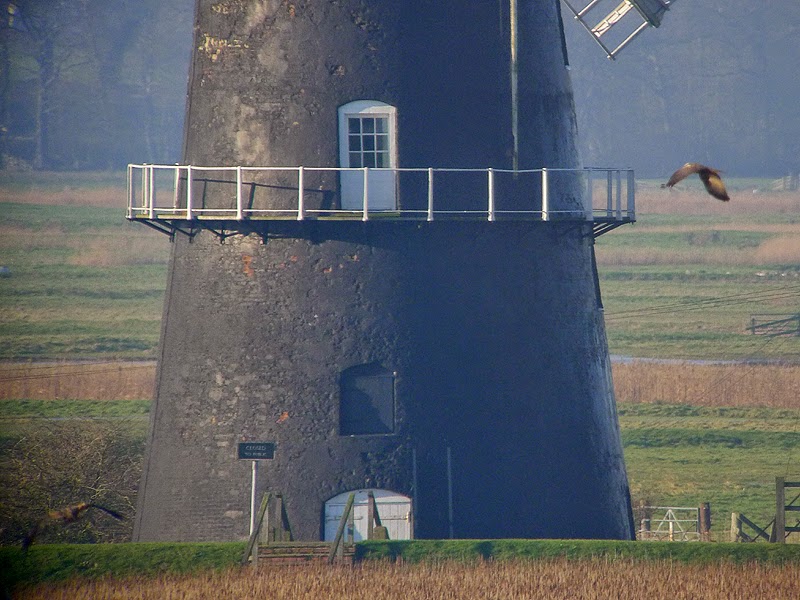