I know I know Norfolk Again, oh I do so love the area though and the birding's soo easy. So Rach a friend of hers and I headed for North Norfolk travelling through Horsey picking up 2 easy Cranes on the side of the road. 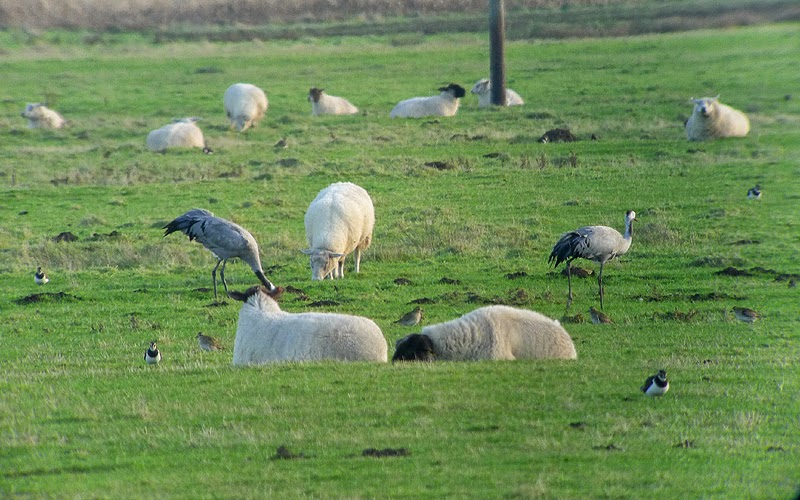 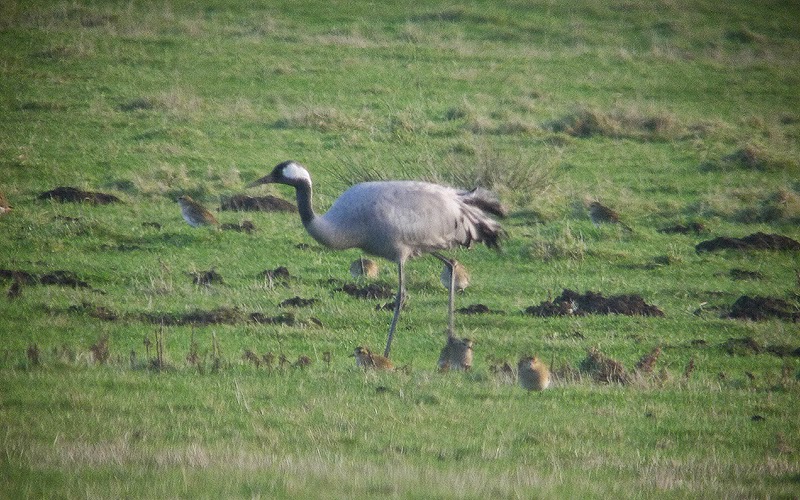 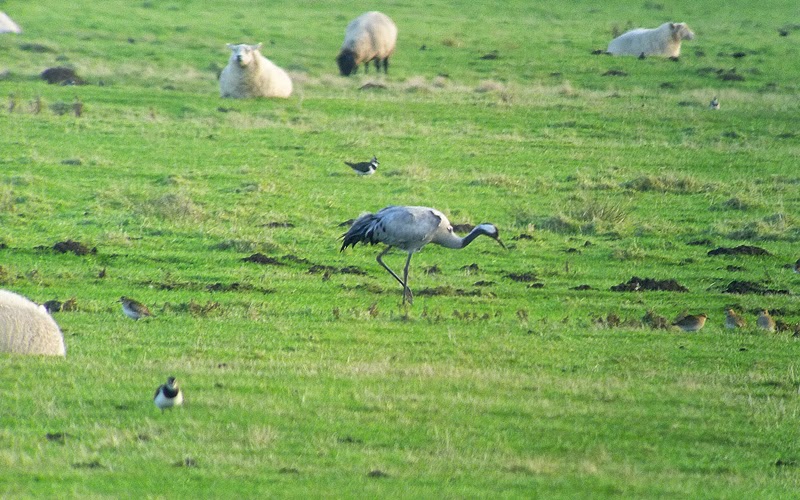 It was a new year list so anything I saw today was gonna be a tick :-). Marsh Harriers, Golden Plovers and Pinkfooted Goose were all ticks. ;-)
We carried on checking through any geese flocks and there were plenty but nothing special only pinks. 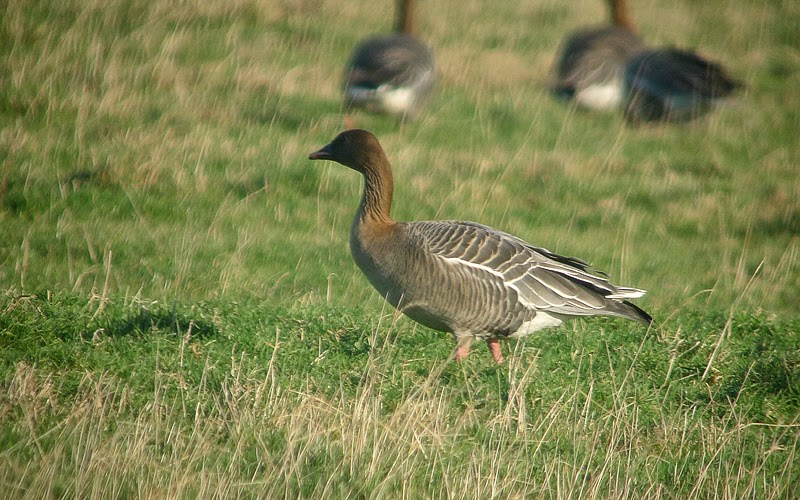 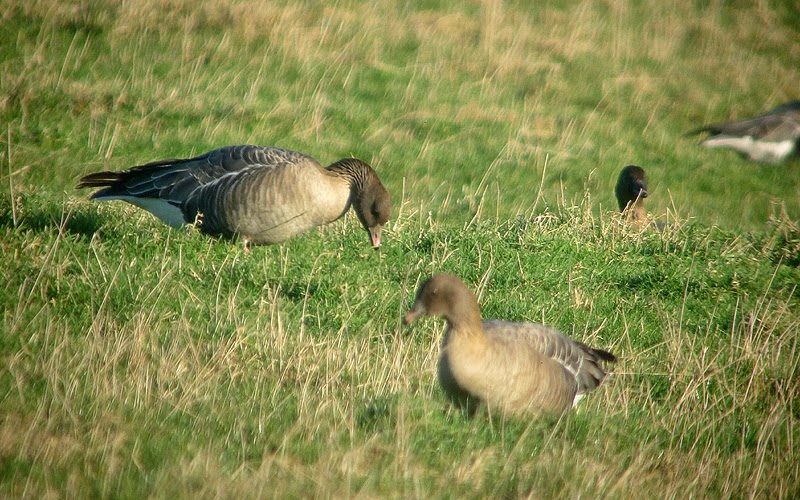 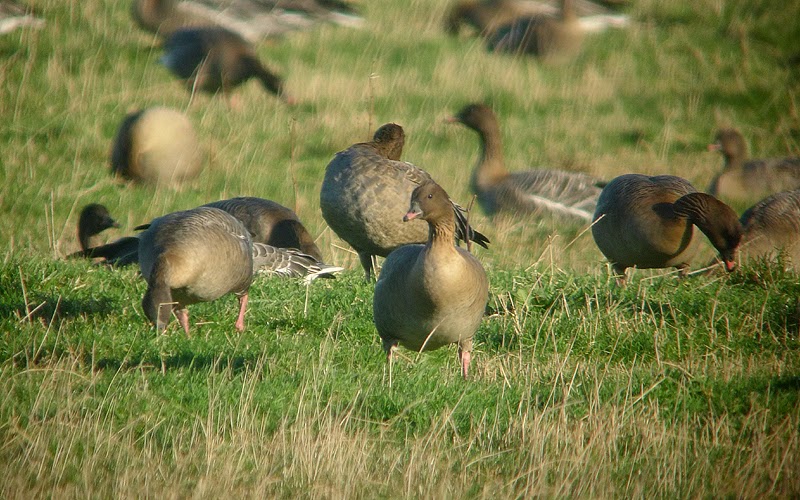 We carried on to The Causeway, where id found Bewick and Whoopers just before new year, luckily they were still here infact there seemed a few more had joined them 12 Bewicks, 7 Whoopers and 4 Mute Swans. 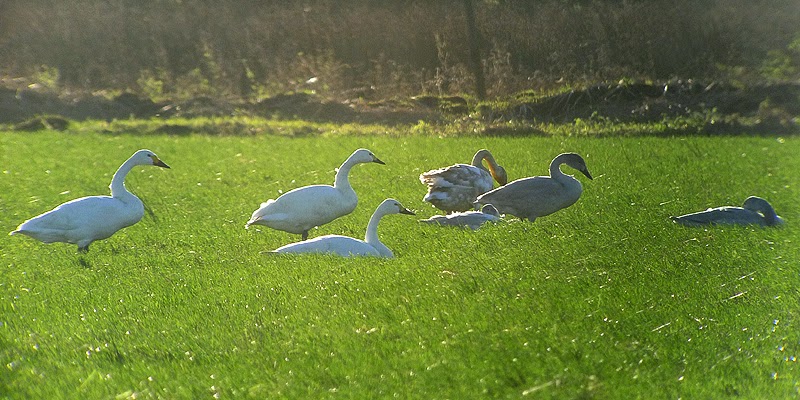 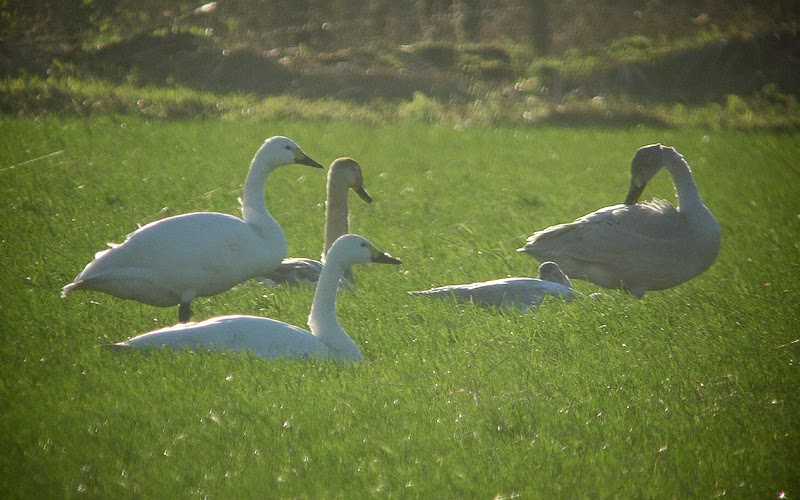 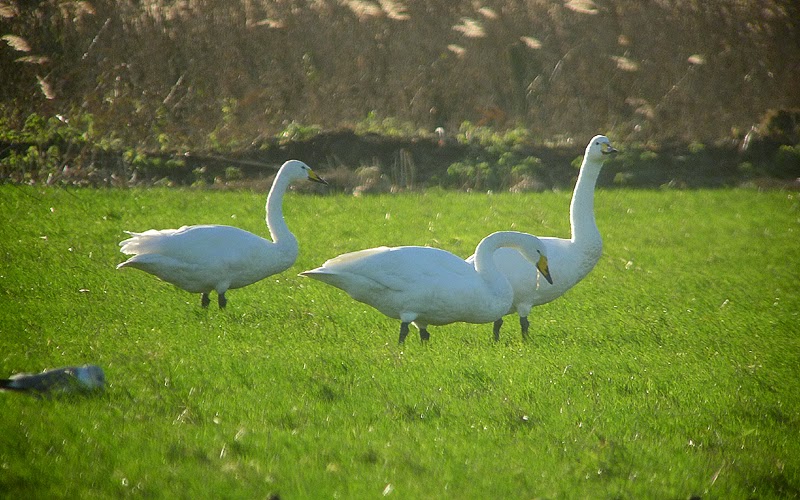 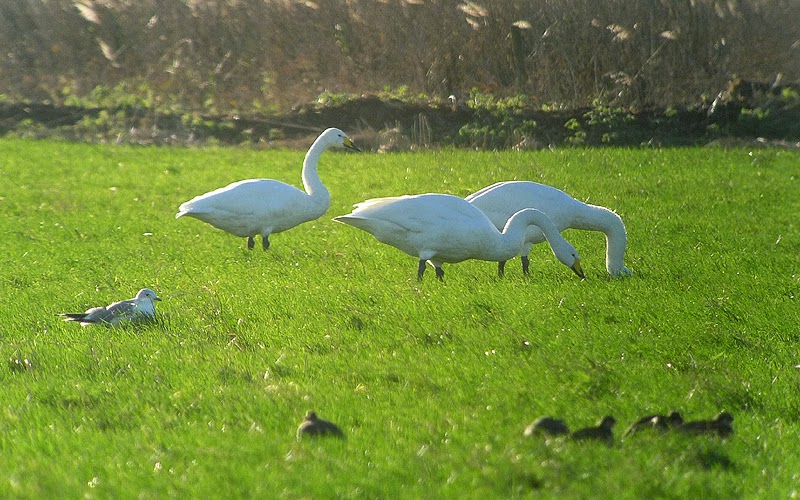 Whoopers
Also another year tick just in the corner of the bottom picture, Red legged partridge ;-).
Did a bit of other stuff before having lunch at the 3 Swallows pub in Cley, then headed to East Bank for a quick look at the Brent Geese and the Black Brant again.
Carried onto Holkham where 30+ Euro White-fronted Geese were still present with hundreds and hundreds of pinks. 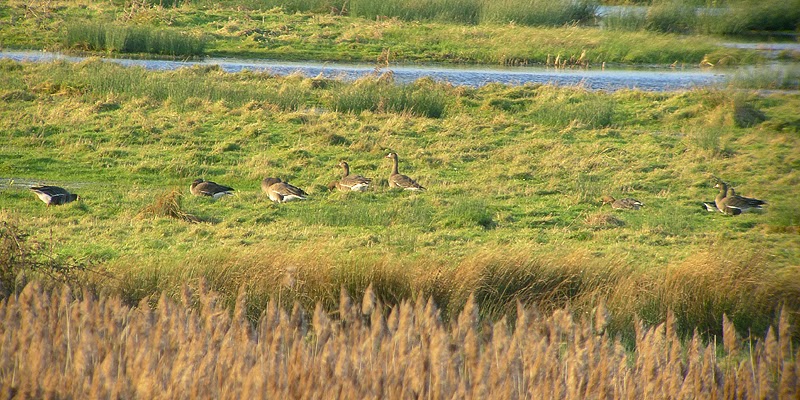 Moved onto Burham Overy and viewed the dunes from the road, a line of birders were looking for the Rough legged buzzards and were struggling. I picked up 4 Bean Geese so that amused for a while until I spotted the Rough legged Buzzard sat in a post. If flew towards the pine plantation and was then joined by the second and an air battle commenced giving nice distant scope views.
I carried on getting birders onto the Beans and Buzzards whilst searching for other stuff but that seemed it for anything good and no Owls which was a shame. Rach was getting bored and cold now so we left for Stiffkey where a quick flyby of a ring-tailed Hen Harrier was a bonus and lots of Little Egrets but again no Owls. Well I say no Owls no Shorties at least but 3 Barn Owls on the way back.
It was dark now so time to leave for home. what a great great day and I think the girls enjoyed it.

Got home and took a couple of shots of the very bright Moon. 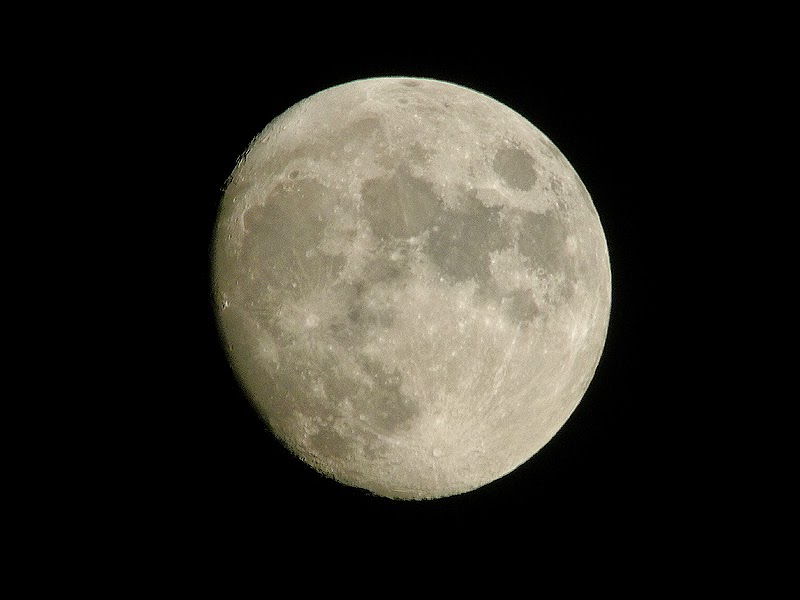 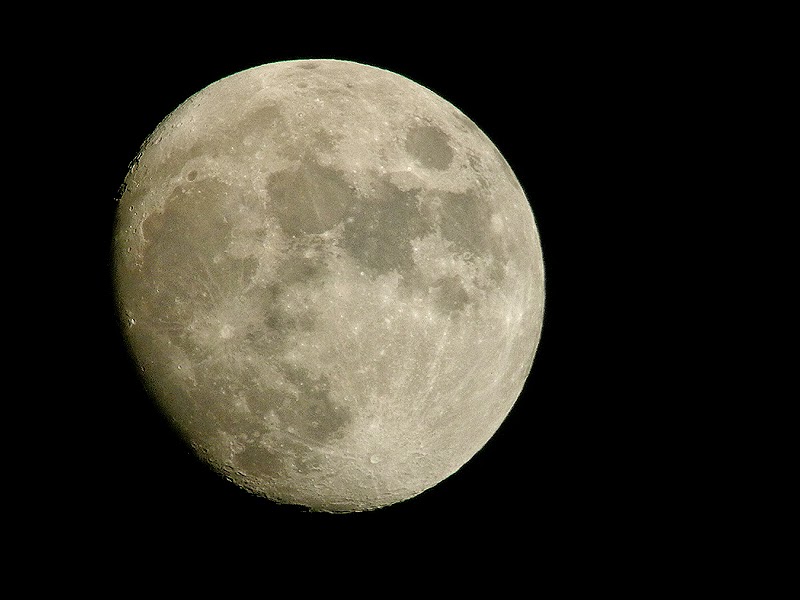 Posted by Craig Digiscoper Shaw at 20:25