first an update of last few days birding, Nowt special on patch but Redwing and 2 Stock Doves in the Garden.
Had the Day at Minsmere, but was pretty quiet, saw the usual Bitterns, Ducks, Marsh Tit, Water rail and Marsh Harriers. 2 Whooper Swans were new to me here.
Then had a walk along the beach at Kessingland, 9 Eiders, Pintail. 3 Red Breasted Mergansers a Guillemot lots of Red throated Divers, Wigeon, Teal and Common Scoter

Onto today, well I lied when I said id had my last tick of the year on my last blog post. Today Rach n I headed south to North Warren RSPB, a reserve we had never been too and just south of Minsmere.  The place was good for Geese and there had been Bean and White fronted geese on site. Id also seen that a radio tagged Lesser White fronted Goose had made it to Minsmere last night, so was hoping to find that somewhere or at least twitch it when it turned up.
Anyway we arrived on site and could scope the 100 or so Barnacles (feral) with a handful of European White-fronts in a distant field. We headed around to the dis railway until we reached the bigger flock of Geese. Firstly a count of 150+ Black tailed Godwits. Then we reached the geese, an incredible 168 European White-fronted Geese. 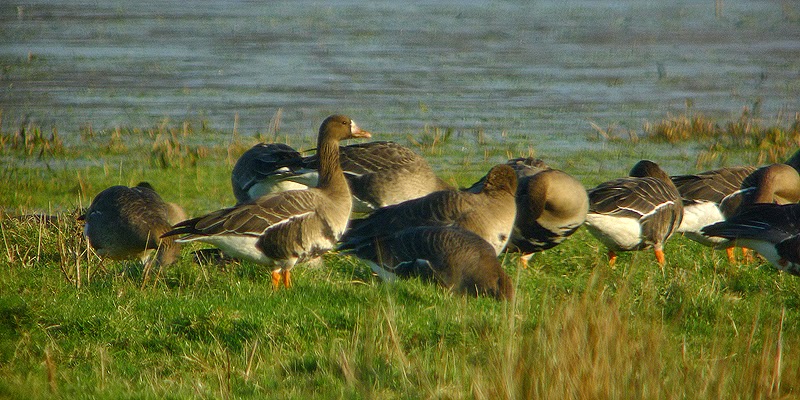 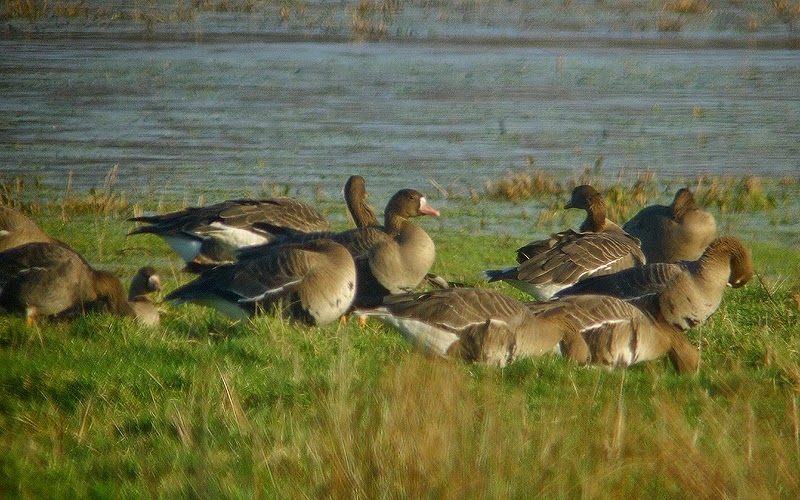 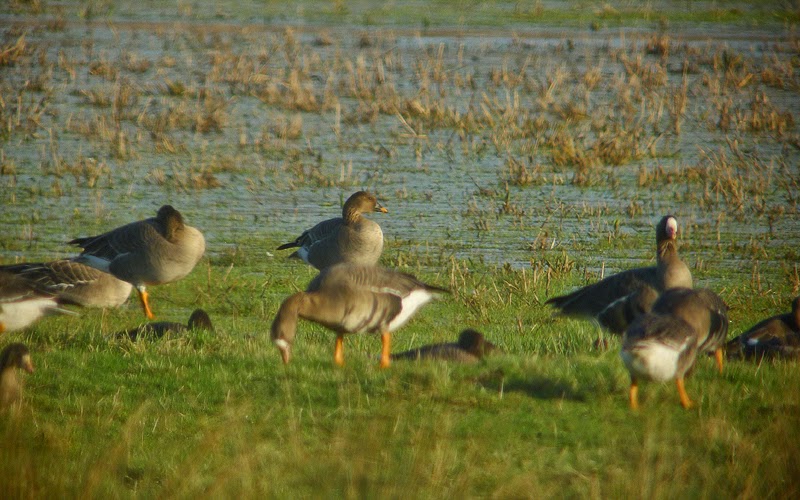 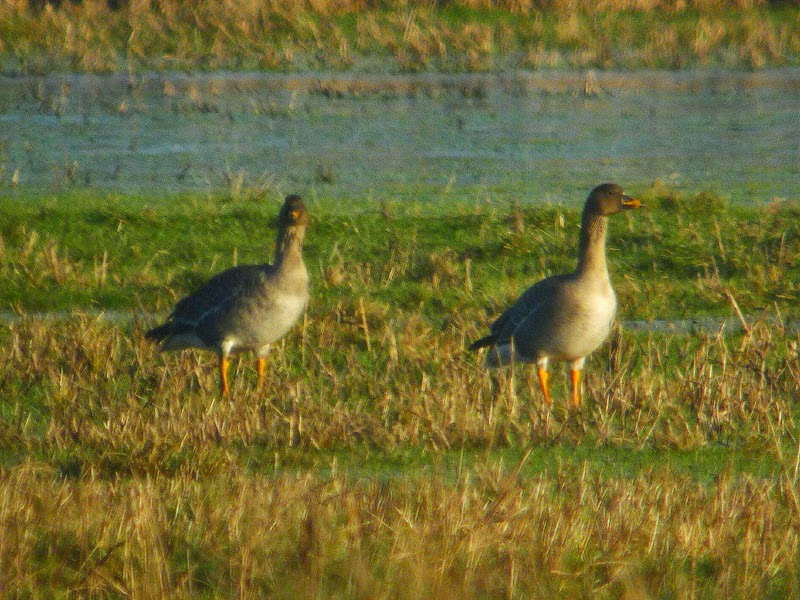 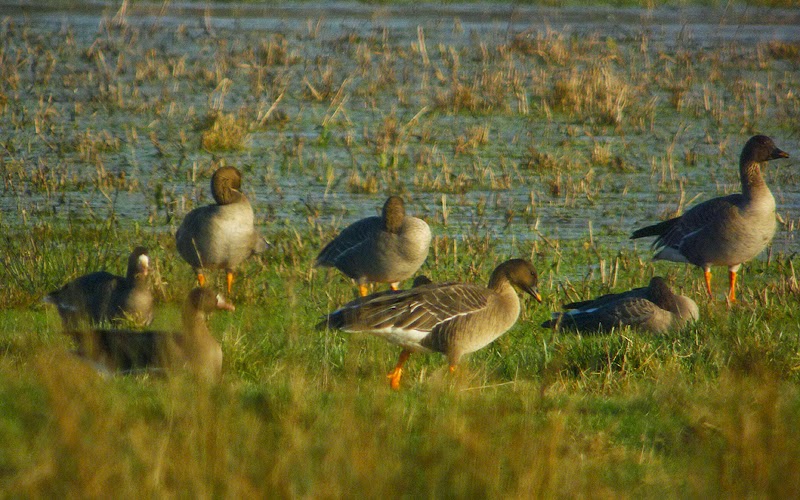 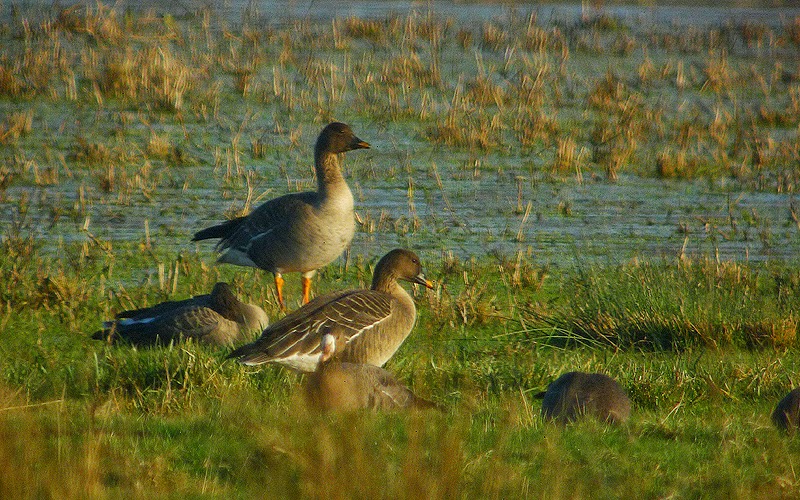 After watching the geese for a while I couldn't believe 4 LESSER WHITE-FRONTED GEESE including the radio tagged bird walked out the long grass to the left, what a bonus. Well done to the chap who spotted em). Now the birds were sub adults and had been rung and tagged in Sweden followed here and a bit of info on the re introduction here.
So not a real tick but I could hardly look away could I ;-) Bit far for pics but you get the idea. 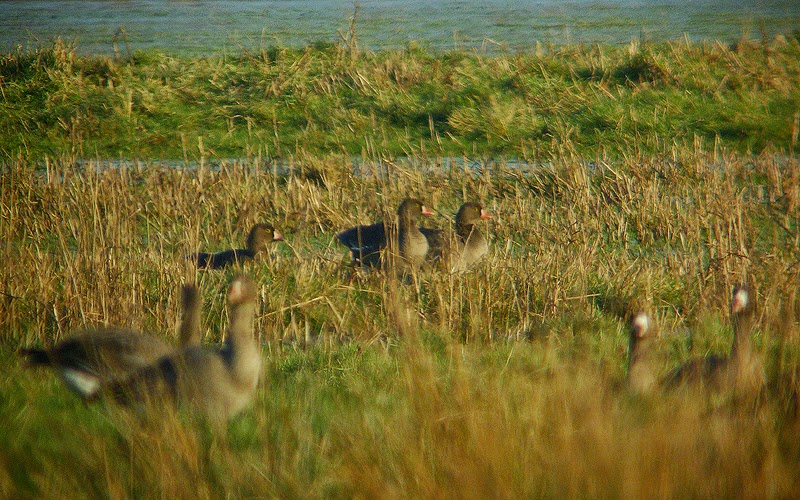 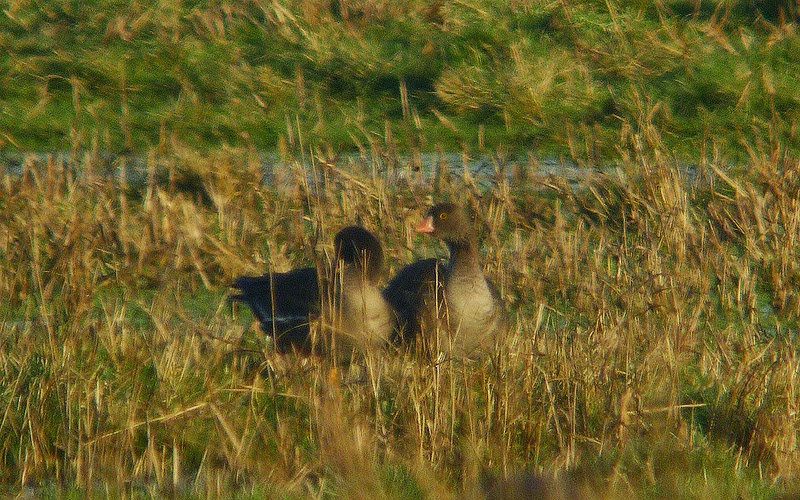 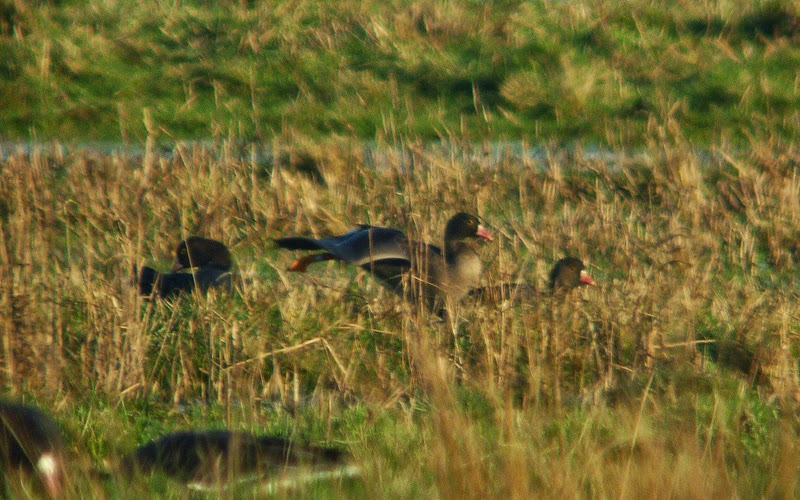 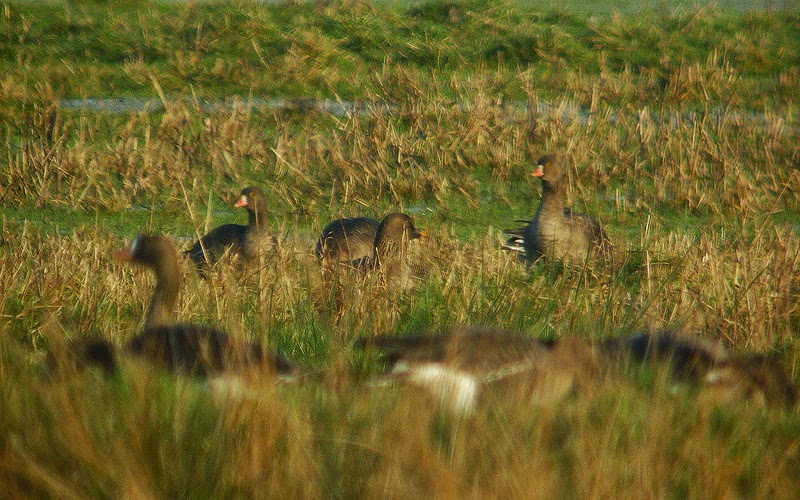 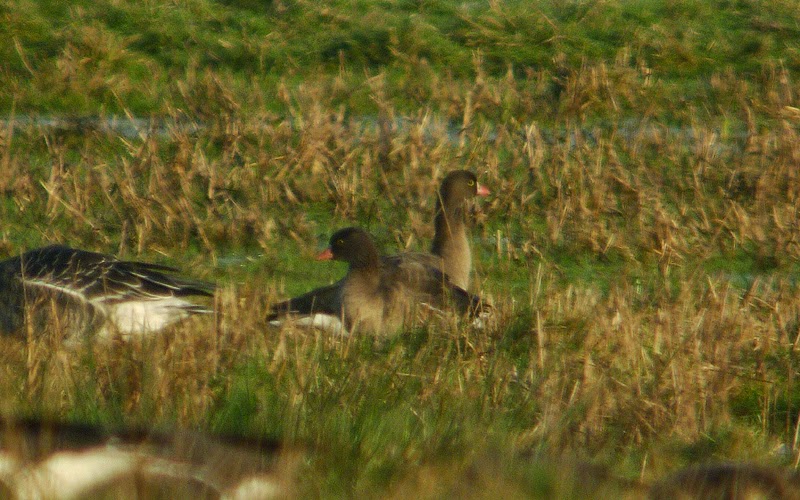 Anyway we did the circular trail finding 2 Chiffchaffs and ended up back in Thorpness for a great burger n chips in the Kitchen Restaurant well sat outside with the dogs, it was lovely. Great end to a super day. 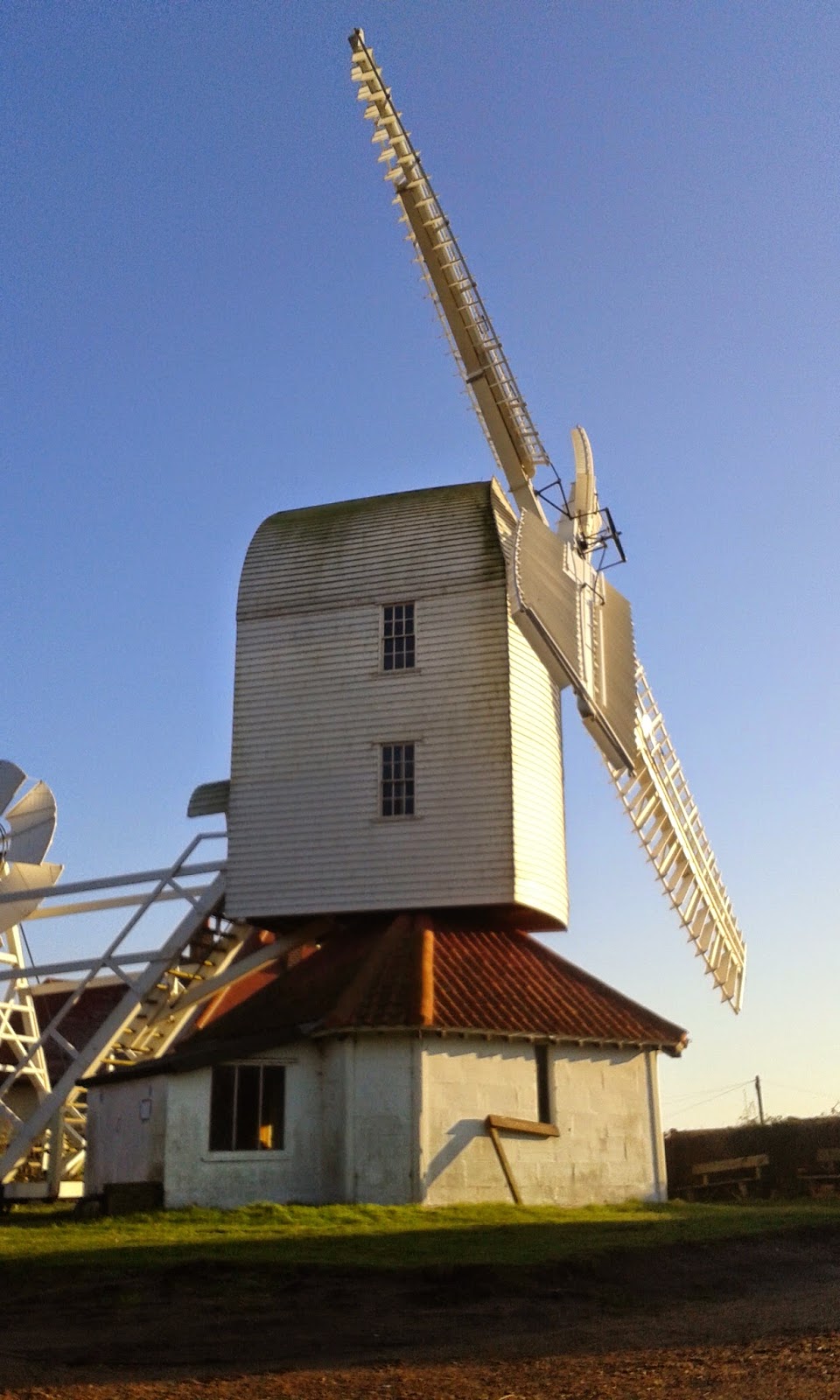 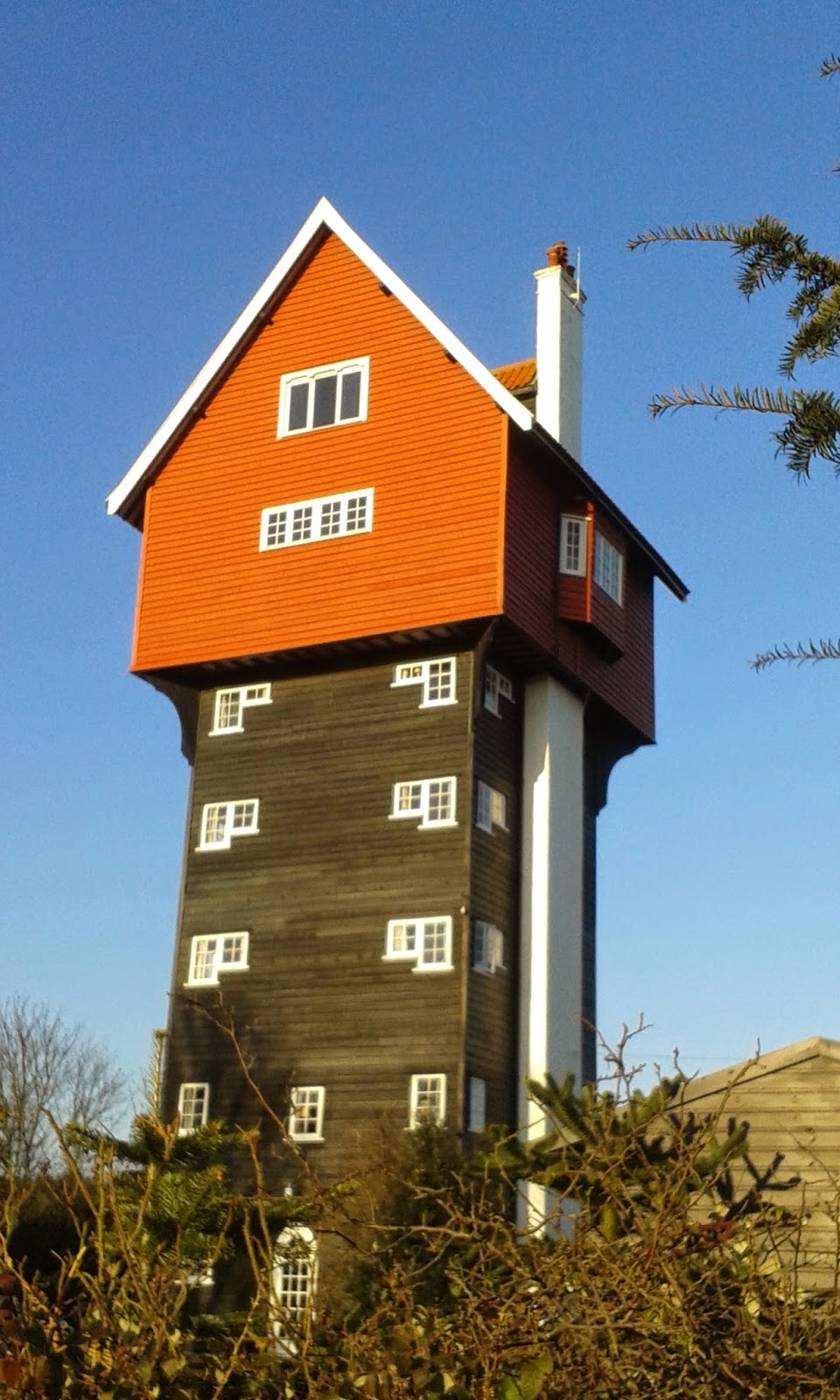 HAPPY NEW YEAR TO ALL!!!
Posted by Craig Digiscoper Shaw at 17:55