Its been tough work again on the patch through the week mainly due to finding what I thought was a Wood Warbler in the pouring rain, putting news out as such and the it being a bloody Northern Willow Warbler. These birds from the north are extremely pale with a very good super and first one id found.
So Next day I tentatively went out and did a short sea watch and pretty much the first 2 birds I saw were a Common Tern and a stunning adult Black Tern, not that anyone would believe me now without pictures lol. A Few Kittiwakes too.
Really quiet the rest of the time. Yesterday though Rach heard a Cuckoo from the garden so rushed out to listern to that for the next half hour. Garden tick.
Today I REALLY didn't have any motivation so birded from the garden for the morning Adding Mallard and black cap to the days little list. Typically a Male Whinchat was then found on my patch arghhhhh. So after lunch I went to look for the Whinchat, luckily it was still present along with 2 Wheatears and a Yellow Wagtail 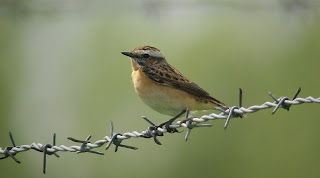 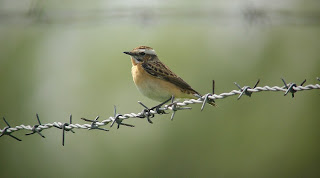 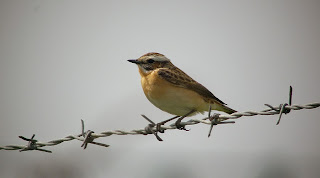 Bird of the year though was now a BEE EATER that flew past me whilst watching the Whinchat, it then landed on wires for 30 seconds before continuing south calling as it went. I had camera in hand but couldn't digiscope it through the vegetation when it landed and camera point and shoot as it flew past so im afraid the pics are the best ever of bee eater but you can just about see the blurred colours if you click on the pics below. So this bird has saved my year. 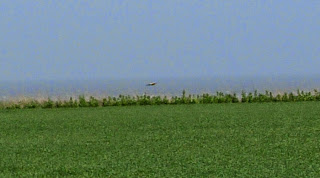 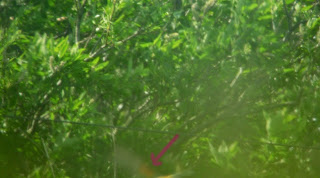 I was going to go see the Citril Finch at Burnham Overy too but decided I couldn't be bothered, really glad I stayed on patch now. :-) see if finch hangs about till next weekend.
Posted by Craig Digiscoper Shaw at 16:26