So it was the usual Geese and Swans just because it was the new year. Started at Halvergate where a single Cattle Egret was still present, not sure where the other 3 were this time. 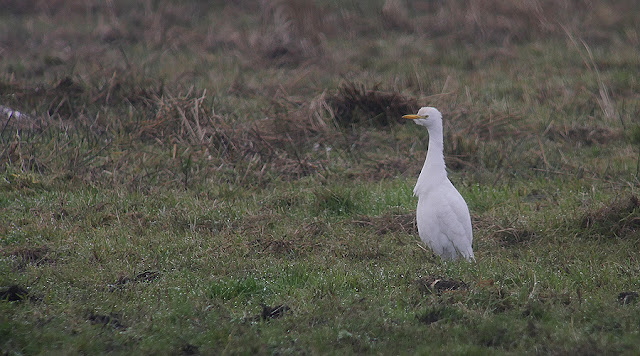 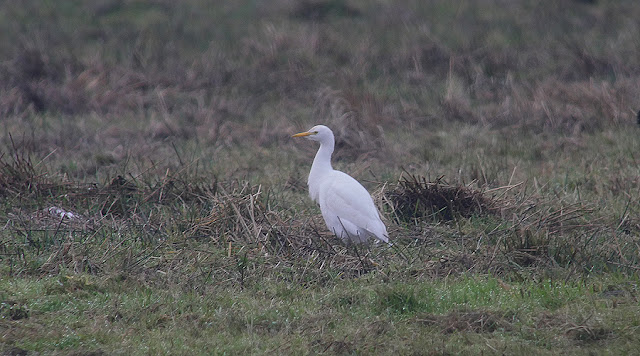 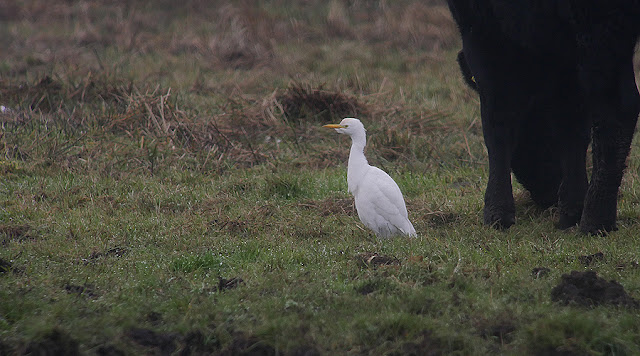 We continued past Acle straight heading for Ludham but stumbled upon 10 Common Cranes, crackers... 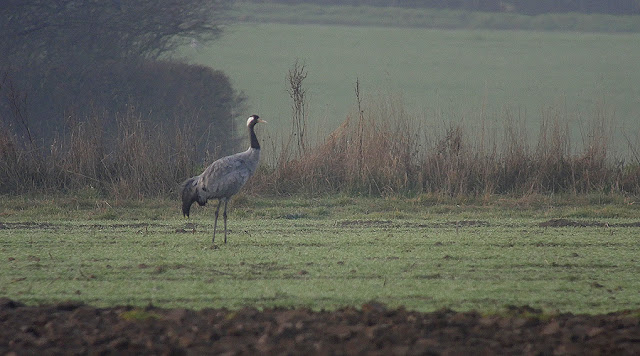 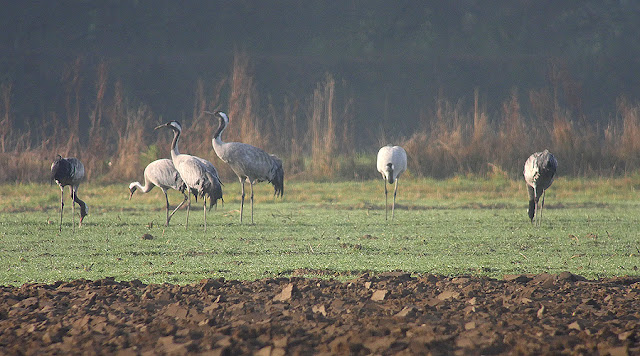 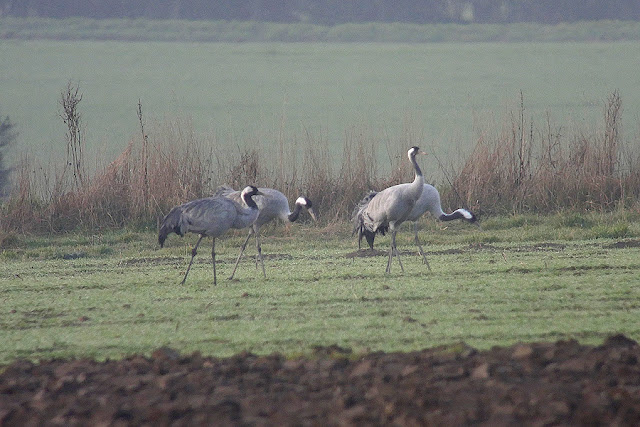 We made it to Ludham and counted 28 Whooper Swans and 130 Bewicks with 2 ringed Bewicks. 032T Ringed Aug 2016 at Khabuika Lake on the Russkiy Zavorot Peninsula, Russia
and 030T Aug 2016 at Kutcherinov Sound,Korovinskaya Bay Russia.
Cool or what. 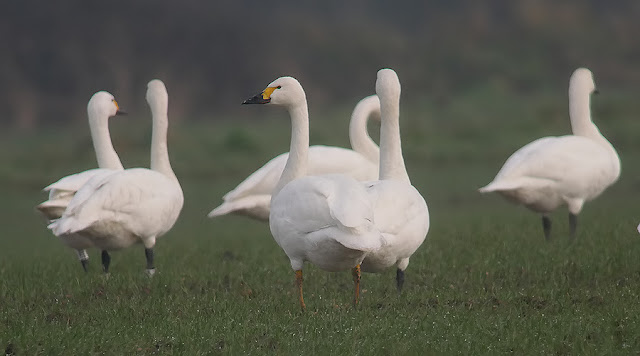 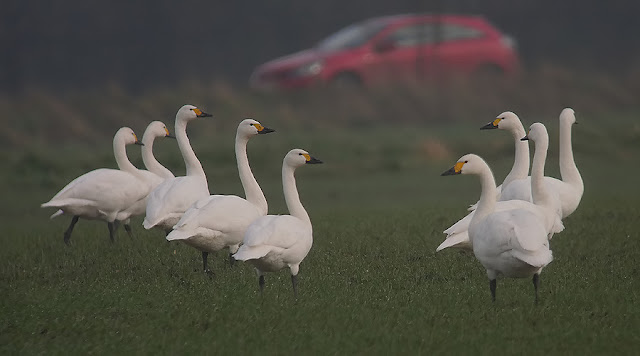 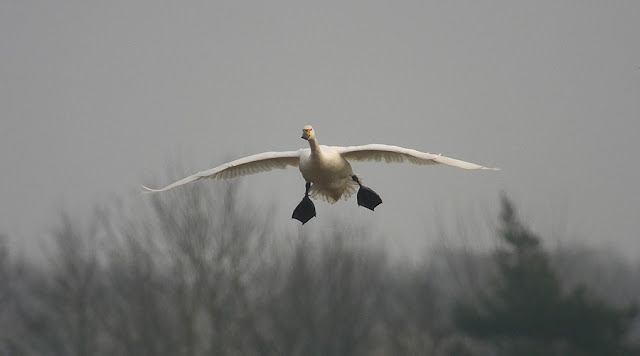 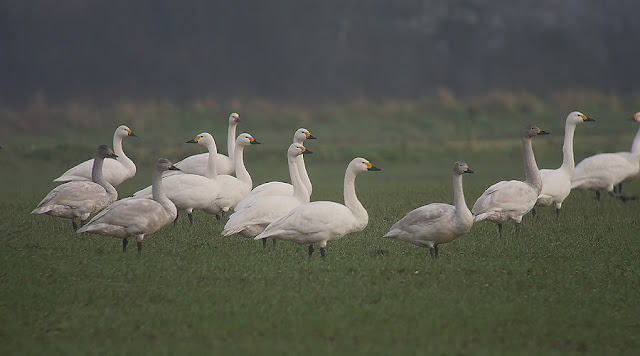 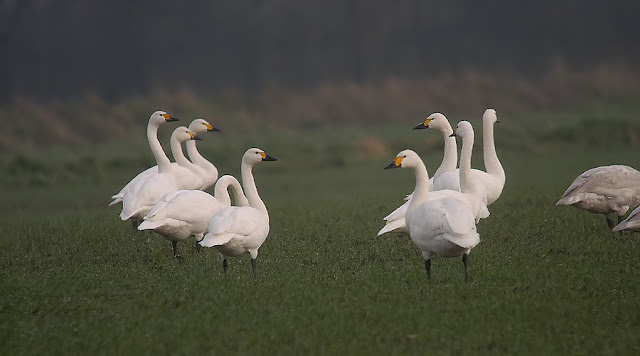 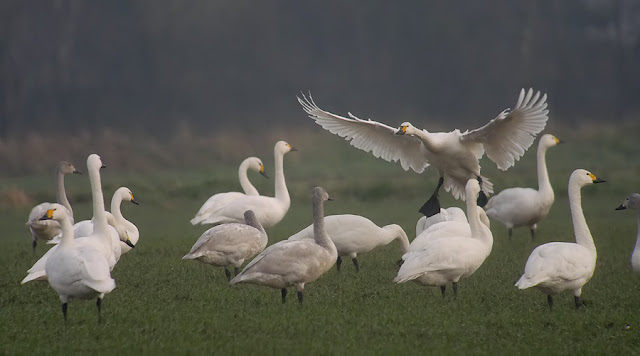 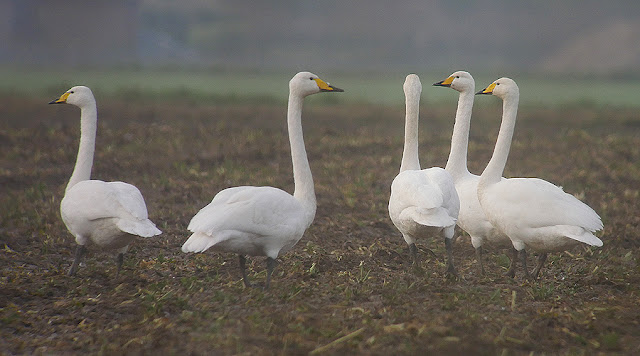 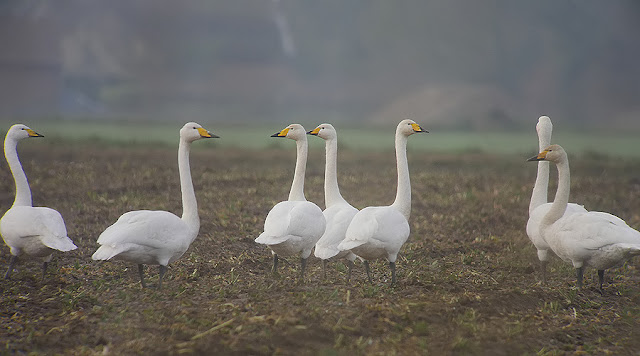 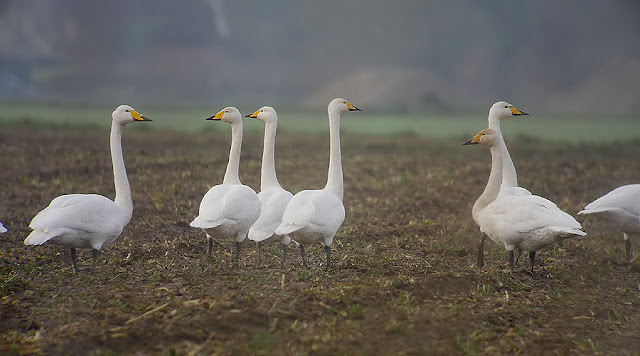 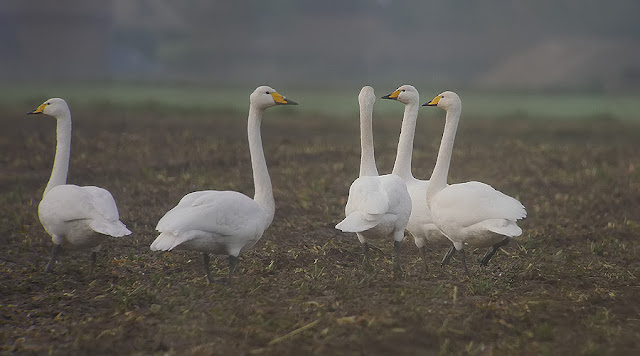 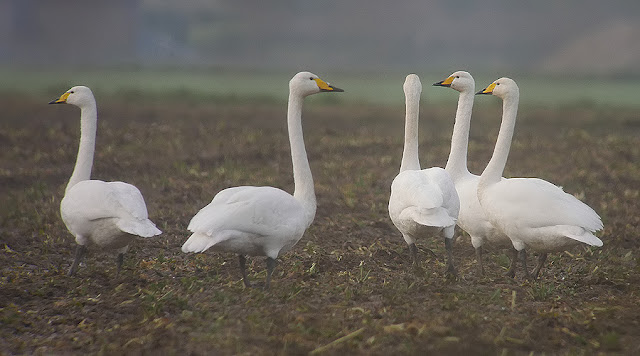 We headed back Goose hunting at Clippesby where we finally found a minimum of  1000 Pinkfooted Geese with 8 Tundra Beans 2 European Whitefronts and 5 more Common Cranes which were distantly on the marsh. 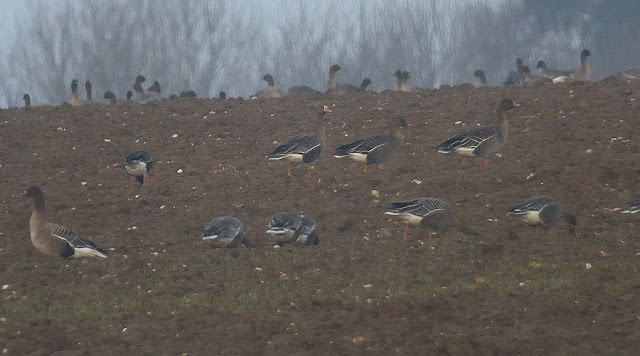 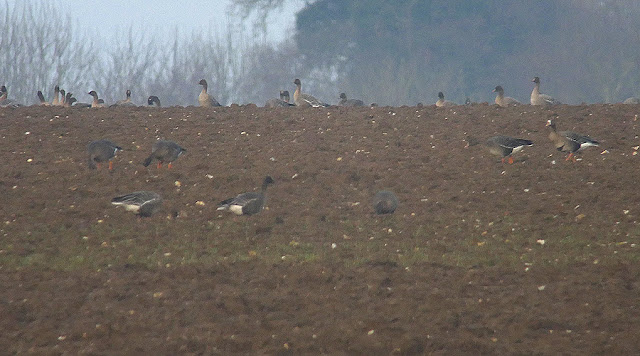 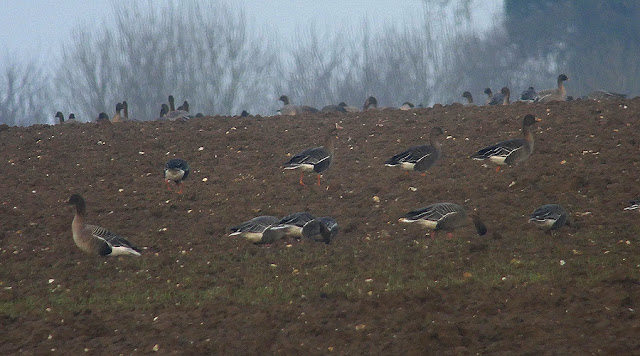 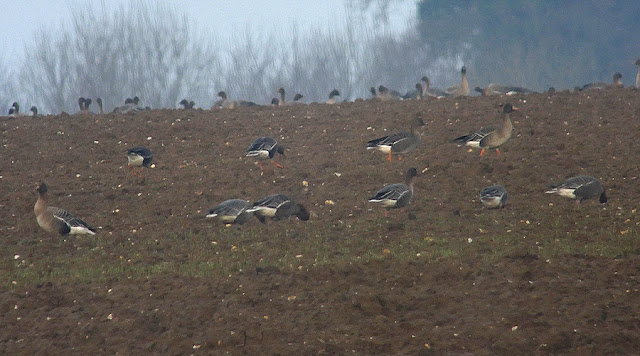 Finally we ended up at Cromer for the Postponed New year Fireworks Display, stunning they were. 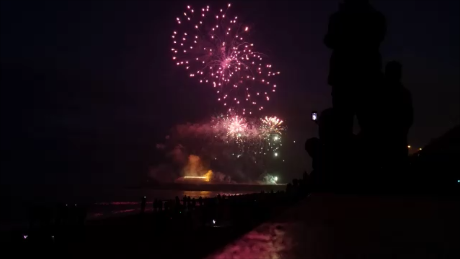 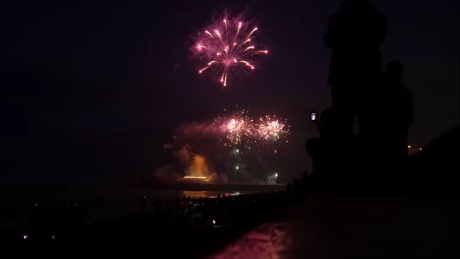 Back at work today and working in Lowestoft it was nice to have 19 Waxwings fly over.

Posted by Craig Digiscoper Shaw at 20:38