Well i hate this day as it means Christmas is over and work looms very close behind..... tomorrow infact. Where does the time go, can we start it again, say the day i arrived at Disneyland Paris!

Anyways seeing as the new year is here i hope to make the most of it. 1 Holiday booked Lesvos in May. A new Destination for me and sounds like it could be an eye opener bird wise.

Ok back to 2018 and starting the patch and year list. 55 for the patch today but nothing special just good to pick up all the easy stuff. 7 Stock doves were feeding in the fields by Corton Dis railtrack yesterday and 6 were still present today.


120 Common Scoter were still present on the sea, i caught them in flight yesterday and unfortunately there were no white wingers in them. Buzzards, woodpeckers and Divers were present but as i said all common and regular on the patch at present.

Moved into Corton Woods where i managed to see the wintering Firecrest in holly bushes in the northern Section.

After my fill of the patch i moved onto Breydon water as this is always a Wader and Duck fest with many tens of thousands of birds on site.  Golden Plover, Black-tailed godwit and Curlew were the  most numerous wader with a Single Spotted Redshank with the Common Redshank. 20 Avocets too.


Ducks such as Teal and Wigeon were most numerous with smaller numbers of Pintail and Shoveler. 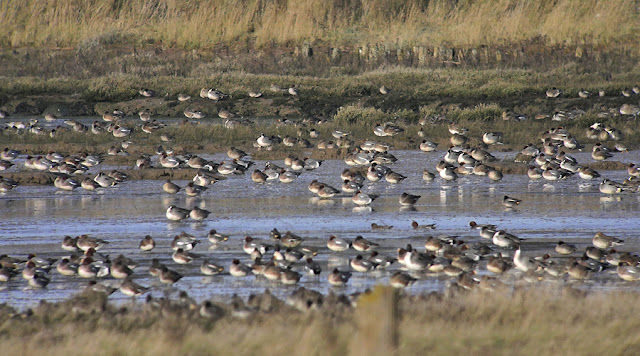 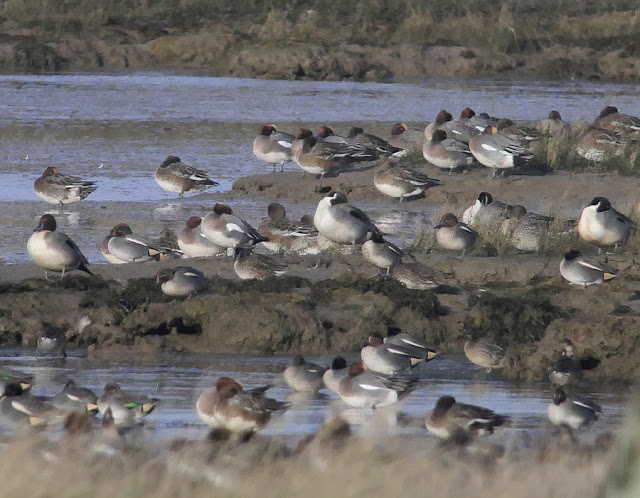 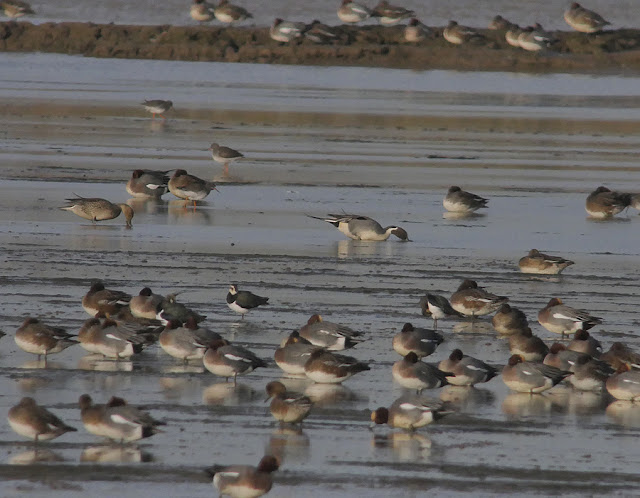 Finished the day at Great Yarmouth and a walk through the dunes but except of a few Med Gulls, Ringed plovers on the beach and a few Skylarks it was quiet.

Still added 20 to the year list from this morning making 77 for the day.


Posted by Craig Digiscoper Shaw at 17:15