Took the VW T4 out for a run. Weekend at Kelling heath to be precise. There wasn't much about bird wise and i didn't try too hard but Woodlark Singing on the heath and a trip to Cley east bank has us watching Curlew Sand and plenty of Sea birds such as Razorbills, guillemots and Gannets. Vis mig and birds through the night were the start of the Redwing and Song Thrush invasion. Brambling and Redpoll around the site.

Back home and a walk around the fields to the back of my house 4 Woodlark Flew over. On the reserve 5 Grey Heron in off and a single Grey plover flew over.  Another 10 Grey Heron in off then found a a cracking Ring Ouzel, had the camera for once. 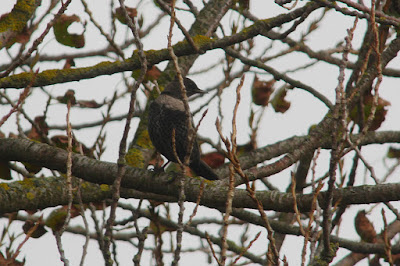 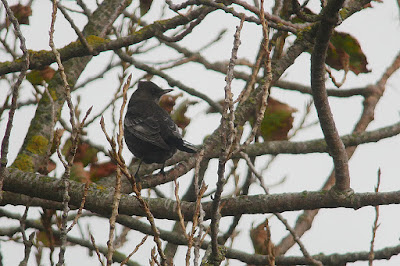 Was Owl day dark nights drawing in fast so dont have much light after work so usually walking the dogs in the dark which draws in the owls. 3 Little Owl seen. 4 or 5 Tawny Owl heard, Barn Owl and Short eared Owl out hunting the Reserve.

Checking the garden moth trap to 3 Crossbill over and a Grey Heron. On the reserve Little Owl again, movement of Swallows, House Martins, Siskin, Redpoll and Mipits. Walked to Boyton and back saved by birds such as fly over Merlin, Great White egret and Bittern. Not seen the latter until now, only heard. Bearded Tits are a scarce bird for the area, seens theres had been a fall as they were moving in  umbers between Hollesley and Boyton, maybe 18 seen.

TWITCH ON. I dont twitch these days but i cracked after a Rufous Bushcat had been found on Stiffkey marsh, i left it a day to let the crowds die down before nipping across to see it. Saw it almost immediately on arriving at the crowd but it didn't want to show its self too well as it tucked itself in the long grass for most of the time. I did get lucky with a couple of record shots. 4 Lapland Buntings flew over as did 4 Red Kite, groups of Brent and Pink-footed Geese.. A Dusky warbler (heard only) at Weybourn was the best of the rest. 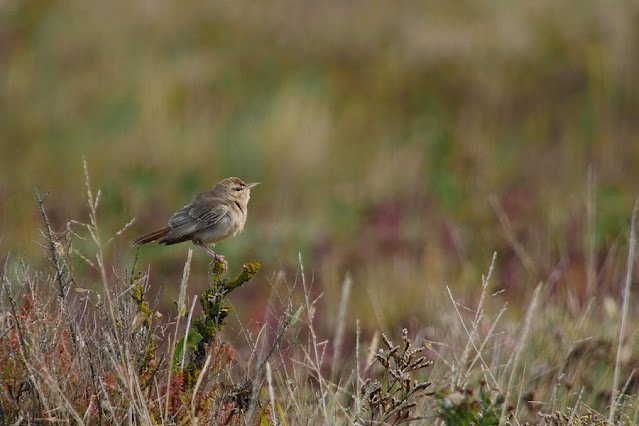 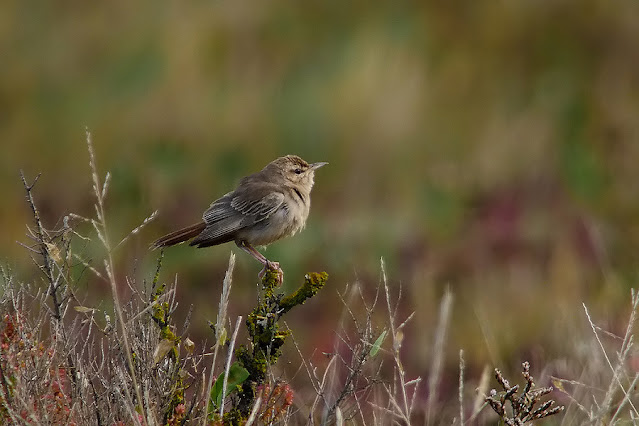 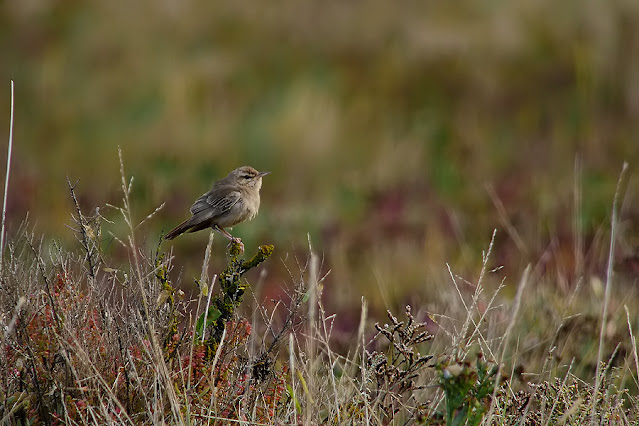 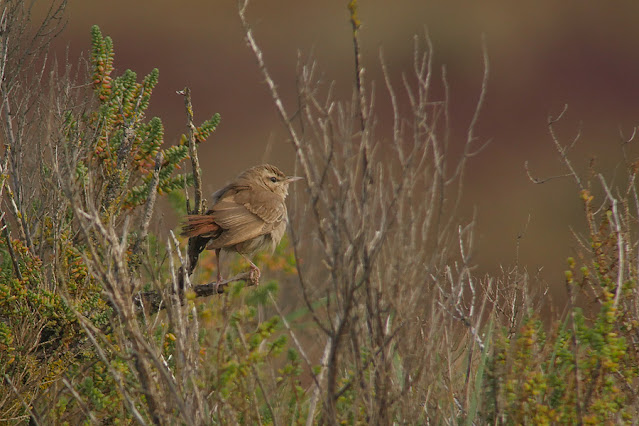 October 21st
No birds but Fungi and a Minotaur Beetle. 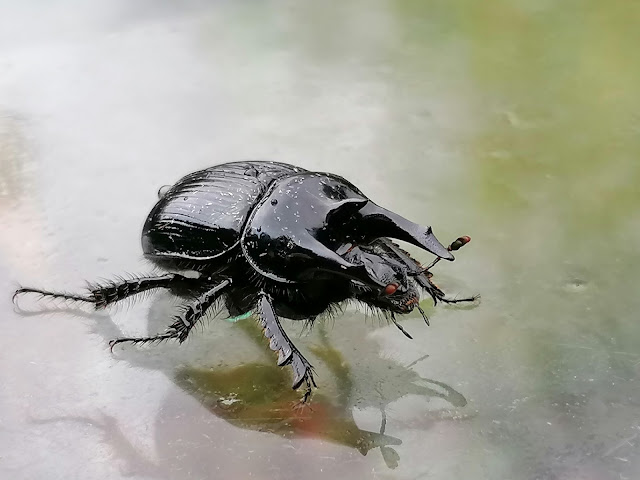 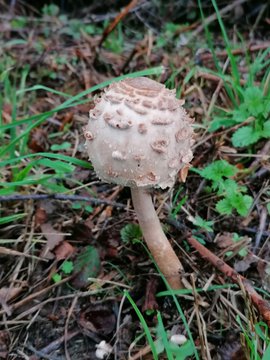 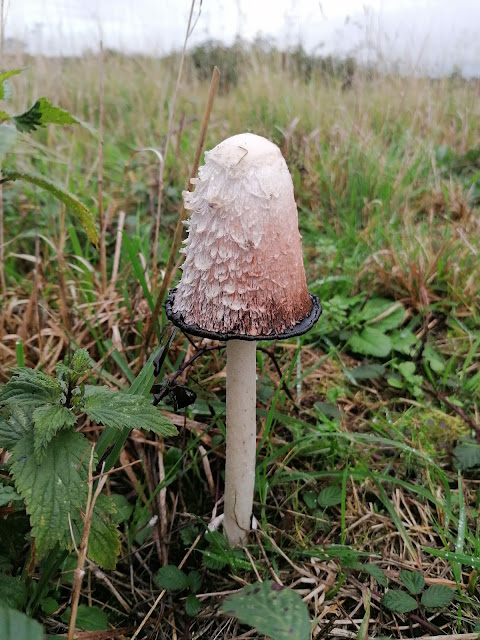 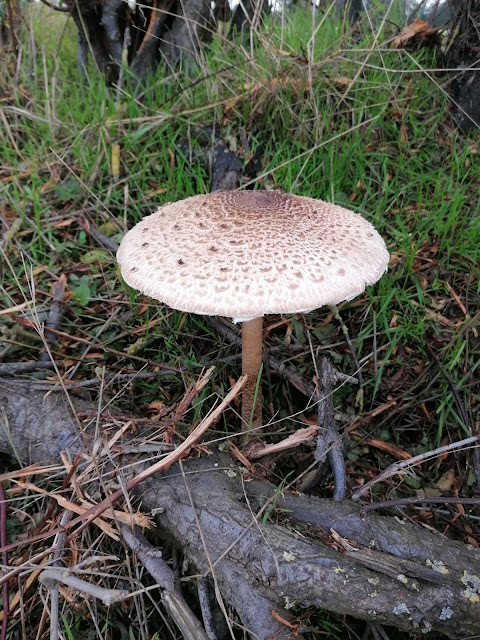 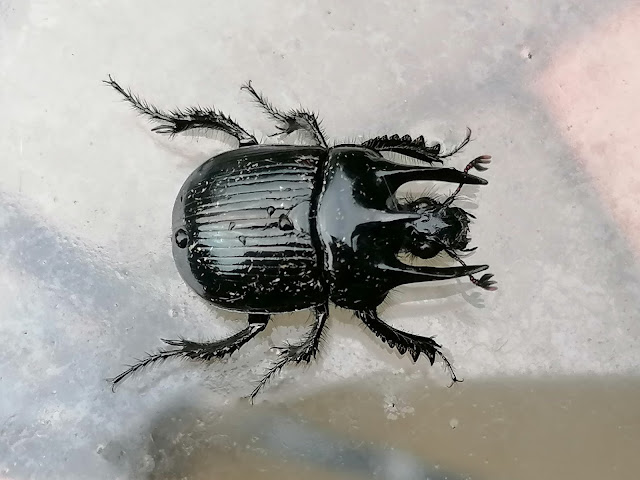 Brambling in the garden. Patch tick Great Grey Shrike on Upper Hollesley Common along with a possible Parrot Crossbill although i put it down as Crossbill Sp just too far to be 100%, 5 Dartford Warblers and about 8 Woodlarks.

Watched the Hippodrome Halloween circus at Gt Yarmouth last night and stopped in a hotel for the night so was able to have a walk through the North Denes and the dunes at Yarmouth today. Dogs flushed a large pipit out the grass and i had the fortune to pick up on its call 3 times as it flew off North. RICHARDS PIPIT. Its great when the do finally call. See a few large pipits during migration but most refuse to call which then makes id impossible. Not this time. 20 Sanderling and 30 Med Gulls n the beach were great, as was a close Red Throated Diver.

On the way home nipped into Ness point where there were 2 nice Black Redstarts.

Back on patch water was starting to appear as were the gulls. 1 nice Adult Caspian Gull was first of the season.

Now the dark nights are really here due to the clocks change there will be little after work birding... So see you next weekend.

Posted by Craig Digiscoper Shaw at 19:10