So its been a tough couple of weeks at work so not much birding done and not a lot about but today i left the house and could hear a Woodlark singing, Walked to the end of the road and spotted it sat on a fence, very nice. It did feel good out there but ended in disappointment really.  Lots of Robins, 2 Black cap, 2 Redwing, 2 Peregrine, 3 Marsh harrier, 4 Stonechat, 10 plus Chiffchaff.,Goldcrest, 2 Little Owl, and 2 Grey wagtail. 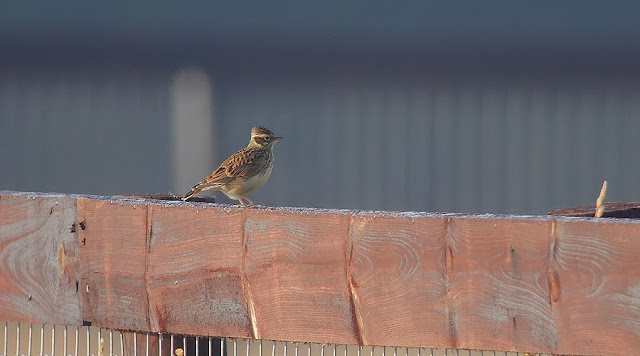 Flocks of redwing over woodbridge yesterday. Brambling and Redwing over garden this am.
Finally there is water in the pools at Hollesley so gulls are now staring to return. 1 juv and 1 2nd winter Caspian gulls. Gannets, Red-throated Diver and a Guillemot on the sea. Grey wagtail over. 8 Grey Herons in a group roosting on the pools. 20 Golden plover in the distant and a nice SEO on winter flood.
14th October 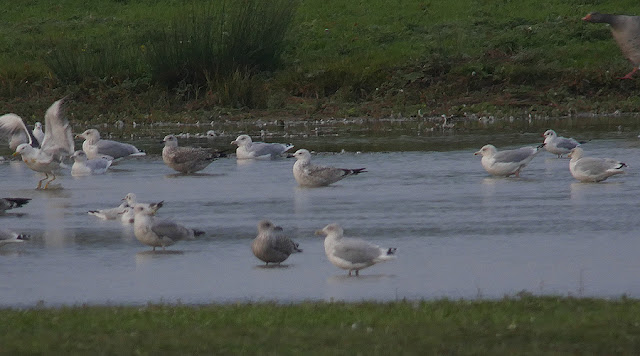 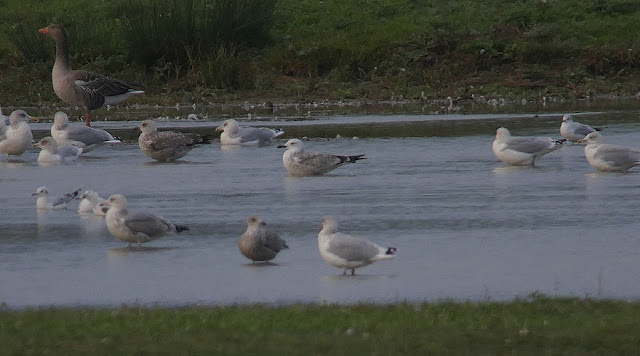 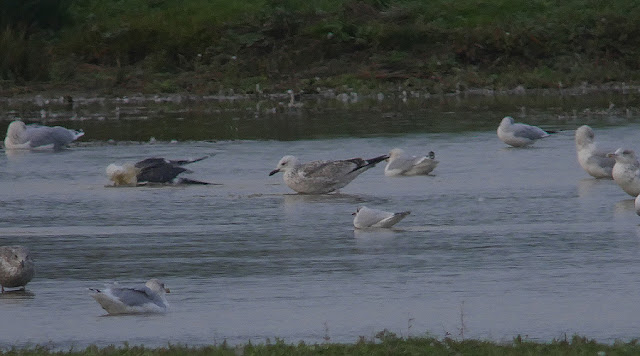 Gull roost is smaller tonight at Hollesley but still a 1st Winter Caspian gull present
15th October
The evening back on patch and i reached the Riverbank wall and distantly  looking toward Boyton were 2 Short Eared Owl. I was then doing a sea watch as the light was good when i spotted another coming in off. Down byt the woods at the back of Suffolk Punch a Hobby had me looking twice. Also on patch 40 Golden plover, small groups of snipe dropping in and i should have brought a coat.
16th October
Not a bad day Checked the Woods first but it was still quiet, couple of Chiffchaffs 3 sp of Deer, Fallow, Muntjack and Chinease. Sat outside the cafe watching Jays on the move and brilliant a Hawfinch over.
Carried on towards the screen when i heard a Dartford warbler, it popped up on the bramble and stayed for just a few minutes. After this not much else except a Rock Pipit over. 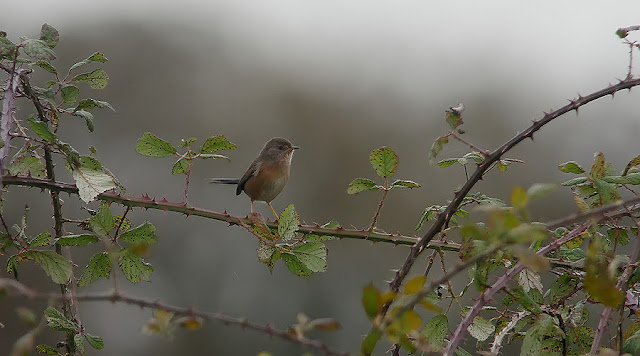 17th October
Today started off OK with a Firecrest in the woods but nothing else on patch. A Richards Pipit had been found at Bawdsey so nipped down the road to try to see that. I arrived just after it had flown, so i had a quick look around the area in case it returned. No luck, so continued down to the quay had some lunch then returned to the pipit area again. Everyone was gone so no flushing of the area had been done for a bit which is why the bird had gone just before i arrived, BUT luckily as i walked along the track the bird got up and flew to the bank showing briefly and calling until it flew onto the salt marsh. I walked the top of the bank when it flew back into the field and landed in the long grass, this was a bird you weren't going to see on the deck, i flushed the bird one more time from the field before it settled back in the crop field, but always deep in cover. Got some other birders on the area i last saw it and left them to it.
Richards Pipit saved the day and on patch too.

Posted by Craig Digiscoper Shaw at 18:00