I'm REALLY trying to find something good in Cumbria... FAILING daily doh, today i had the day traveling up the coast starting at Crosscanonby  and finishing at Port Carlisle. The tide was ebbing so there were plenty of gulls to check at Crosscanonby but nothing of any real note. I eventually got to Calvo - Abbeytown road after checking various flooded fields on the way but nothing. Again the floods of the Calvo road look great but again not a sausage, a few Darters was it. I got to Abbeytown where i checked the main flooded area, this was much better, 7 Ruff, 2 Greenshank 8 Snipe and plenty of Lapwing. Plenty of ducks mainly Teal, Mallard and Shoveler. After double checking the flood i moved onto Anthorn where i got to check 60+ Golden Plover, a Ruff was the odd one out. I then checked further up and i was amazed to see a Male Osprey sat on a wooden stump washed up by the tide, it was eating a fish. Bird of the day! 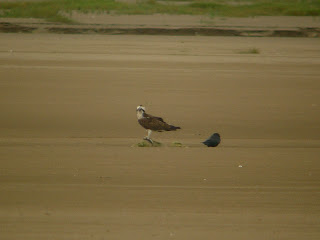 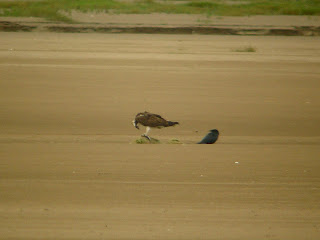 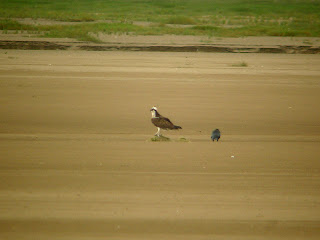 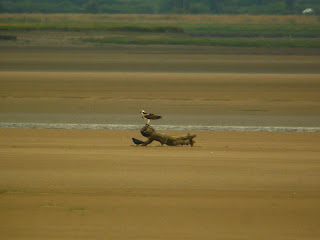 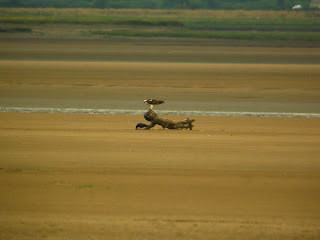 ﻿I continued onto the roadside scrape at Campfield, a Peregrine sat on its usual post was the best bird. I finished at Port Carlisle and checked all the waders but it was tough they were now distant and well spread out so they were hard to check and again nothing to write home about. Dunlin, Redshank, Turnstone, Heron and Gulls.
Posted by Craig Digiscoper Shaw at 16:23