Keith n i had an early start heading for Lothian and John Muir Country Park to try get Keith a lifer. 2 Buff Breasted Sandpipers had been here a couple of days and as it was keith's bogey bird we had to put in some effort to put it right. We Got to site but didn't no where the birds were and there were no birders so we had to go in blind. We had a walk around the dunes when pretty quickly we picked the birds up in the long grass. Lucky really as we could only see the heads and could have very easily have missed em. Eyes like hawks us ;-). 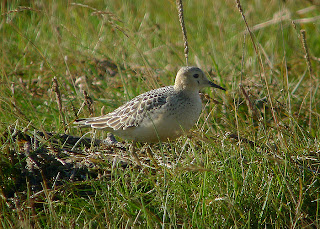 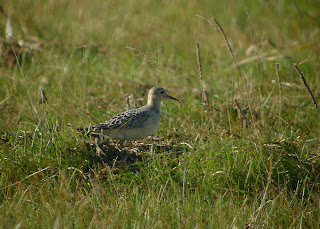 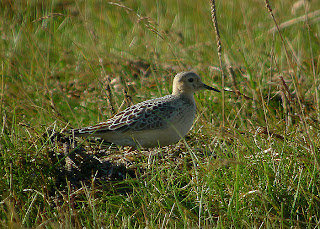 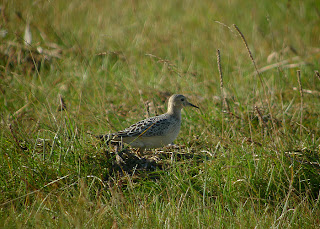 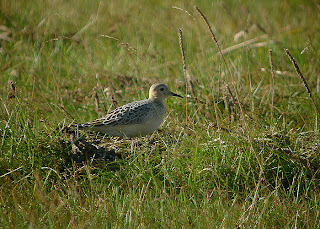 After our fill we were going to try find the Semi p that had been on the river close by, we finally saw plenty of birders but no Semi P unfortunatly. The Dunlin and Ringed Plover showed really nicely though.
So we decide to try again after lunch.
We had lunch at Barns Ness beach where we did a bit of a seawatch, and what a seawatch it turned out to be. There were hundreds of Gannets and Gulls feeding of shore, this had attracted quite a few Skuas. Upto 5 Arctic Skuas passed and a close Pom skua but the best was and Adult and Juvenile Long-tailed Skua chasing the kittiwakes for food. We had such a good seawatch we decided to give the Semi p another go but again failed, it wasn't seen by anyone today. A juvenile Curlew Sandpiper showed well though. 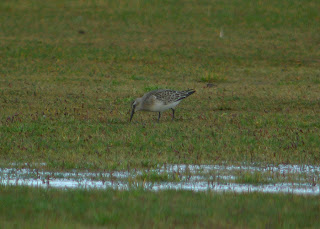 We finished off at Kinnel Lagoon, good numbers of waders but nothing out the ordinary. Darren found and American Golden Plover at Port back in Cumbria so we headed back for this but the dark beat us.

Posted by Craig Digiscoper Shaw at 15:36