Welcome to 2013 everyone Happy new year, well my Year started off superbly well. Keith and i Headed For Loch Ryan.
We left at 6-30 to be at loch Ryan for 9am. On the way our first bird of the year a cracking Barn Owl in the headlights. As we were getting closer to Stranraer the light was getting better and eventually we had a stonking male Hen Harrier, then further down the road another.. no way! A Merlin dived past the car an a Full Hooded Crow was sat on the side of the road.  Once at Stranraer we headed for the beach to check for gulls n stuff. Not many gulls but loads of Great Scaup. A Red-throated diver, a few Great Crested Grebe and a few waders. We moved on towards Loch Ryan and checked a few spots on the way. We found a flock of Chaffinches with a Single female Brambling bingo!
On Loch Ryan we had Little Egret, 4 Long-tailed Duck, 6 Slavonian Grebes, Common Scoters, more Greater Scaup, Eider, Red-throated and Eventually a Great Northern Diver. Waders nothing unusual but a few Bar-tailed godwits.
The usual 100+ Twite were on the wig along with the flock of pale bellied Brent Geese.
We had seen all we came to see minus a Black throated diver so headed for West Freugh for the returning Greenland Whitefronted geese, we wernt to be disappointed but with just a small flock off ll but they were on the top of a hump so there could have been more hidden in a dip. A few hundred Pinkfooted Geese were close by. Our 3rd Hen Harrier from here, this time a nice Ringtail.
Onwards to lonningfoot for the Geese and on the way 3 Red Kite were a big bonus.
At Lonningfoot we checked the Barnacle geese into the sun, so no surprise we couldnt find any rare geese in this flock. Then someone told us where the Tavaners Canada Goose and Red-breasted Goose were  very close by so we made a quick dash for these. Firstly picking up the Canada goose.... Blimy that's big, id seen pictures of this bird and though it was probably a Tavaners but on seeing the bird for myself it was massive and just had to be a Todd's Canada Goose (Branta canadensis interior). So no tick for us just yet as its still pending acceptance although most have good credentials and i'm sure will become tickable in the future. 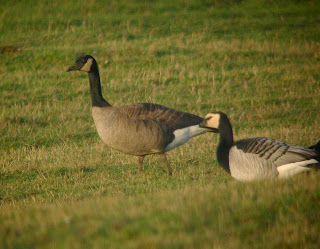 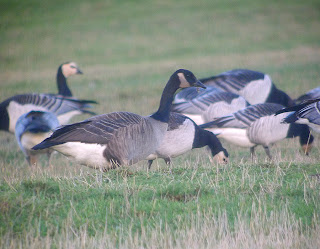 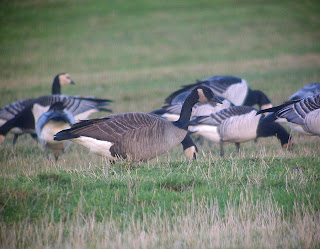 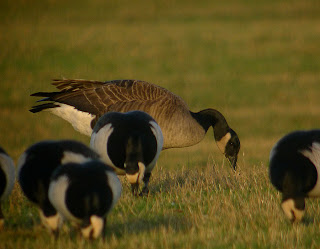 Then amazingly the Red-breasted Goose was in the same flock and again showed well... last year id tried for these two birds probably 5 times and failed, today they were close and together....You beauty!!!!!!!!! 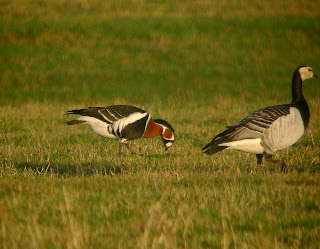 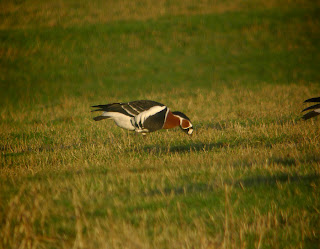 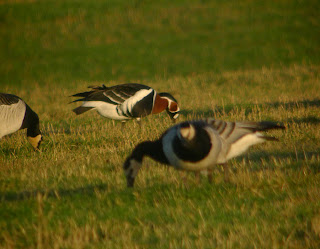 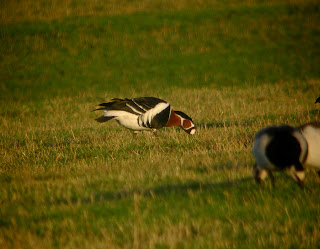 So is it time for home erm No!!!! last stop Caerlaverock for a Green winged Teal... we couldnt fail the day we were having..... OK so we could by 20 min damn! but we did get the Tawny Owl in the owl box a great finish to the super dooper day.... oh yeh and Derby County Won WOOOHHHOOOOOOOOOOO
Out tally for the day a respectable 81 Species.
﻿
Posted by Craig Digiscoper Shaw at 21:58