Well my last day off work today but although its persisting it down i had to make the most of it. So Keith and i headed for Marton Mere and some Long-eared Owls. The morning started well again with a Barn Owl. But the owls went down the pan after this. We gave the long eared owls a few hours in the rain but they just weren't gonna show themselves and i dont blame them the weather was awful.
So we went for lunch and then headed for Lytham St annes for some Bewick Swans we wernt to be disappointed this time with at least 13 birds with 200 Whooper Swan. A mass flock of Tree Sparrows was nice here too. Pics not great but it was Pissing down as usual. 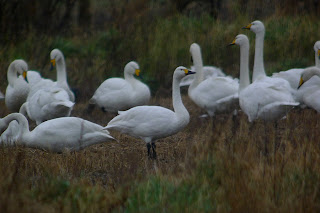 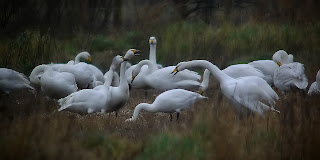 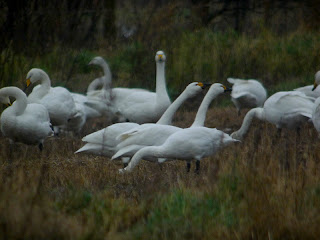 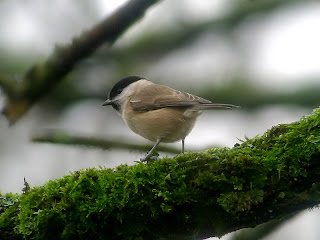 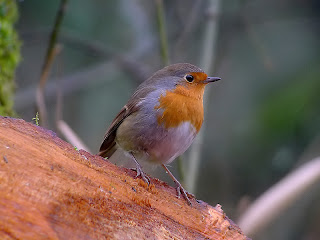 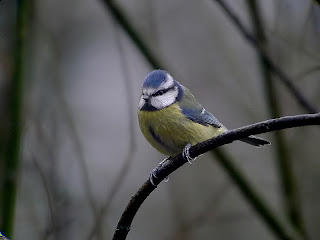 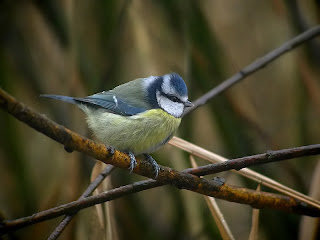 We Finished the day with calling Bearded Tits  and nice views of 2 Water Rail as they ran along the path in front of us not bothered by us in the slightest as we followed them right to the public hide and even then they just wanderd around the path, although it was completely dark by now.
iso 6400 but you get the idea it was proper dark by now. Almost the very last bird of the day a Jack Snipe flew right over our heads calling.
Now on 111 Species after 2 days 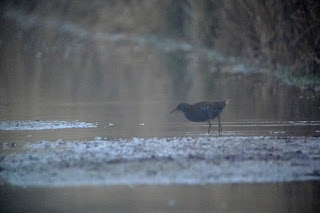 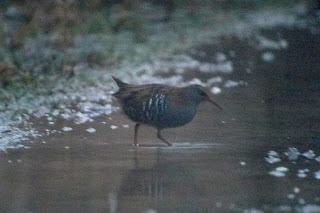 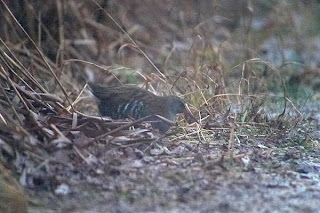 Posted by Craig Digiscoper Shaw at 21:21