So we got back from Norfolk on sunday and it was nice to be back on patch, especially as the wind had now turned easterly and I was now seeing more in my first 2 hours on the patch than I had done all week in Norfolk. Id started at Radar lodge rd and picked up a Redwing feeding with 2 song Thrush very quickly. It already felt good. At the end of the track I did a short seawatch, in a few minuets I watched an Arctic Skua attaching an Adult Med Gull. 50 Teal were sat on the water, lots of Gannet movement and a handful of Common Scoter
A walk back along the cliffs produced a nice fly over Snow Bunting then sat on the fence were a Whinchat and Wheatear. 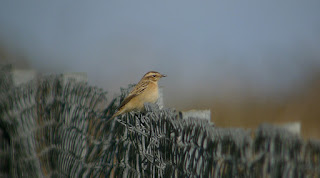 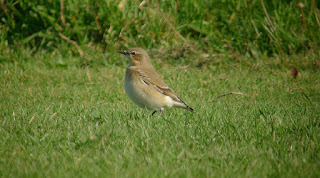 .I reached the Dis railtrack not seeing much more on the way but Rob had found 2 Yellow Browed Warblers... Good lad, managed to lock onto 1 of them at least. I Carried on around to the NSW pond where finally the Willow Emerald Damselfly were now out. 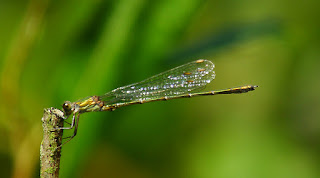 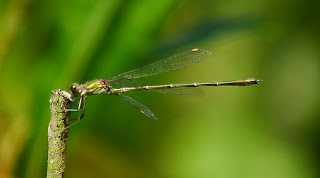 I headed home for lunch but then ventured out again afterwards and finally heard 2 Yellow browed warblers together in the Dis railtrack. Whilst stood there the rarest bird of the day was a fly over Ring necked Parakeet, a patch and Suffolk tick. That's was it for the day.

I went out again after work tonight but it was very quiet until this Pied Flycatcher popped up in the Churchyard. 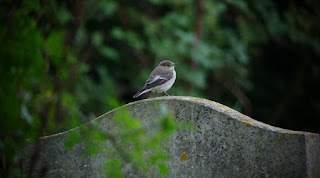 I did take a few pics of the Blood Moon at 345 this morning. 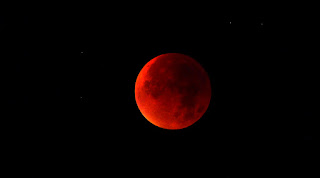 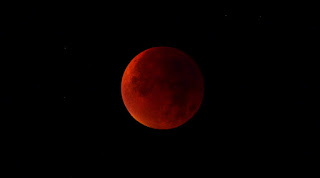 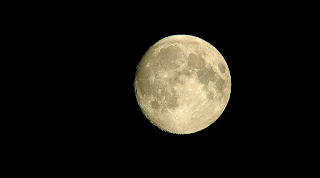 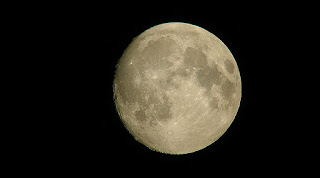 The winds are getting stronger and stronger through the week so lets hope theres plenty more birds to come.
Posted by Craig Digiscoper Shaw at 19:57