Well Stated off yet again at Radar Lodge and damn glad I did, I only went and found another GREAT GREY SHRIKE, then there was 2 in the same area when my bird flew slightly south. 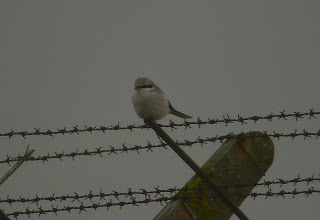 After the bird disappeared I picked young Jake up as a RED FLANKED BLUETAIL had been found at Happisburgh so we went to find that. It showed poorly in deep cover the whole time we were there but I still managed a couple of record shots. Another late PIED FLY here too. 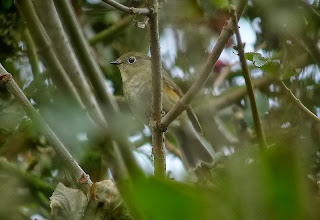 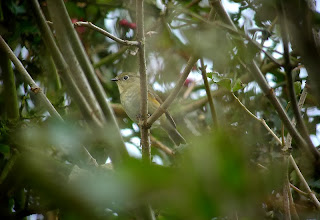 Jake went off to Uni and I continued onto Winterton on sea for a cracking PALLAS WARBLER again didn't show that well but did show more often than the Bluetail.
A flock of 80 Mealy Redpolls and an Arctic had been reported a mile away so of I went on the long trudge, a RICHARDS PIPIT flew over seems it was picked up flying over Waxham and then located on the deck at Horsey which was good. A SHORT-EARED OWL showed well which was a nice surprise and then a SNOW BUNTING flew over too. Couldn't find any Redpoll on site unfortunately so headed back to the patch and couldn't find the Siberian Chiffchaff James found this morning, still didn't ruin what was a great day.

Forgot to mention the Male Common Redstart and Lesser Whitethroat at Winterton today..
Posted by Craig Digiscoper Shaw at 18:34