Started again at Radar Lodge and as I walked along the road I flushed another GREAT GREY SHRIKE although it likely it was yesterdays bird. I then got to the compound and spotted the Great Grey sat on the fence then I had to double take just a few posts down a second!!!! There were 2 yesterday so guess its the same ones. One flew west when I approached the other just moved further down the fence, it showed better than normal for a time. 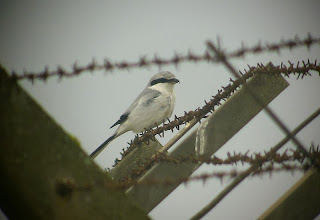 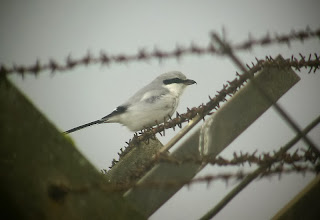 After my fill I checked the rest of the patch a couple of BRAMBLING was it so headed for Southwell for the Caspian Gull that had been around for a while now. People told me it came to chips so I brought the said box of chips £1.60s worth and proceeded to chuck them to the 40 or so gulls but no bloody Caspian. A ringed Greater black backed gull and Herring gull was it. 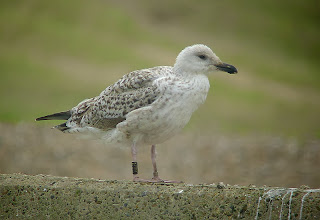 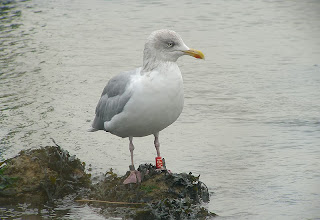 I then went back to the van to compose myself when a massive group of corvids rose into the sky, I knew something must have spooked em, Bingo fairly high a ROUGH LEGGED BUZZARD slowly drifted West, super views though. I gave up looking for the gull and came home. 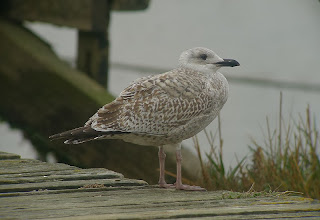 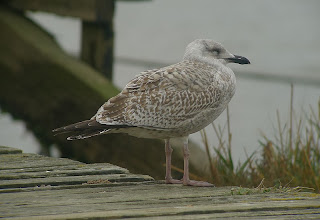 Quick update on rings.
Well fast response from gull rings from yesterday. The herring gull was ring in Suffolk at Orfordness as a Pullus.
The GBBG I haven't had back yet but I do know it was ringed in Norway wow!!!﻿
Posted by Craig Digiscoper Shaw at 15:50