Its been a great day birding, I started early on the patch until about 11am and felt a goodie was about. It didn't quite materialise but I did find a couple of nice migrants. Spotted Flycatcher at Radar lodge, a Wheatear and Hobby at COSW. On the sea was just 2 Sandwich Tern. 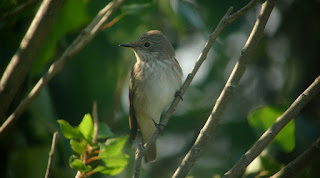 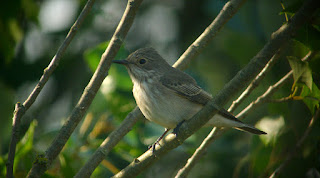 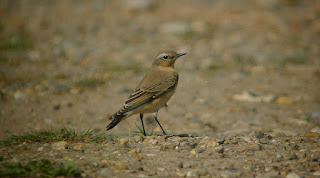 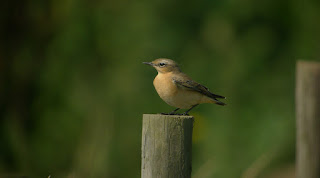 So a last minute decision had us heading for Grambrough hill in Norfolk for a Booted Warbler, a bird I saw briefly many many moons ago so I was hoping for better views. On arriving the wind was blowing a hooley and after an hour id just seen Willow Warbler and a brief view of an Icterine Warbler so I moved spots above the bush's and almost immediately managed great views of the Booted Warbler. Also had better views of the Icterine Warbler and a Redstart.
(Click pics to enlarge) 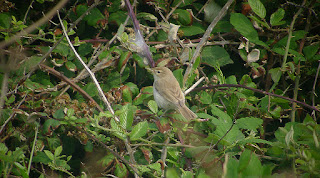 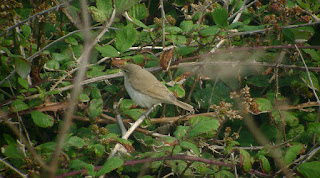 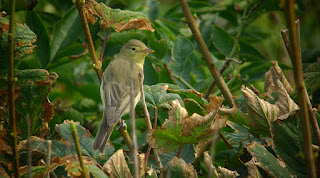 We headed home as the rain was starting and I felt sure something good was going to turn up on patch. It was very frustrating when I got home as the rain was heavy and the birds were there it was just too dark to see them, the birds would fly from the trees to deep cover and I just couldn't find them. I did manage a Pied Flycatcher in the Dis Rail track. In the churchyard a possible Garden Warbler and a small chiffy sized thing flew off giving a buzzing call, no idea had to be something good. That's why it was so frustrating. Tomorrow could be great and yes I'm at work grrrrr.
On the way along the cliff a Whinchat, Wheatear and Common Sand. Wet threw I headed home hoping for better tomorrow after work or even before, will see.

Posted by Craig Digiscoper Shaw at 20:28