Well yesterday couldnt be repeated could it? Well nearly, I started off by looking for yesterdays Iceland gull along the Maryport to Crosscanonby coast line but the tide was well out which made viewing the gulls difficult so no Iceland Gull. I did however see 15 Whooper Swans and some Pinkfeet go past but not much else.
So i came back and did some jobs at home. Just after dinner i picked Keith up and headed for Siddick. The Weather was wonderful so seeing Bitterns was looking promising. 15 Whooper Swans were the first thing we noticed, may have been the birds that flew over me this morning. 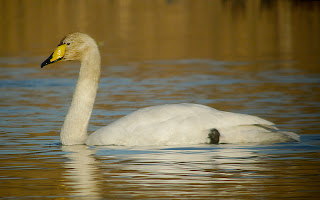 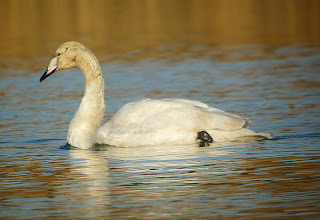 I then spotted a teal very distantly in the reeds that looked good for Green Winged Teal, i said to Keith I'm probably clutching at straws here but that looks like a Green-winged Teal. Keith had spotted the bird too but wasn't sure. So whilst waiting for it to awaken and come out the reeds we saw 4 Bitterns flying out of different parts of the reed bed, also 3 Water Rail and a year tick in the form of a Lesser Redpoll. The Goosanders showed well today too. 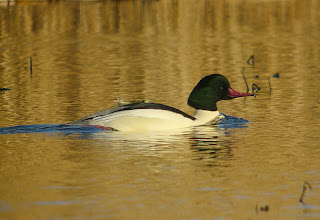 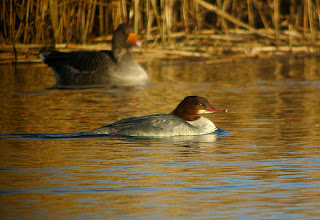 Eventually a Mallard gave the teal a nudge and low and behold Green Winged Teal it was... unbelievable wohhoooo, just unreal. 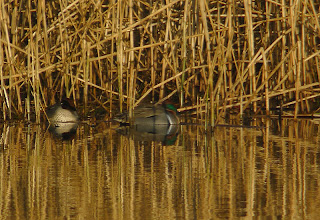 We saw the Bitterns flying around some more and then left to do Workington. We checked a spot for Kingfisher but no luck. We realised the tide was full in and so decided to give Workington a miss and head straight for Crosscanonby for the high tide as the birds were easier to see here now. What a mistake that was as an Adult Iceland gull was then reported from Workington...that could have been ours, oh well cant win em all.
We didn't see much on the sea so headed back to Derwent Forest for the Owls. We got here in the daylight for a change and we managed Barn Owl and Short-eared Owl in full sun. As it got Darker a few more folk turned up and we had a Further 4 Shorties 3 of which once again headed for Soddy Gap, 2 Tawny Owl and 2 Woodcock.. an amazing point to watch the Derwent forest area found by Keith.
Ive done my fair share of Moaning about how shit Cumbria is but just lately its been fantastic and i now would rather bird in Cumbria than out of it!
Well Jobs to do for Keith tomorrow morning but what will the afternoon bring!
Posted by Craig Digiscoper Shaw at 19:36