Decided as i had the day off to go find some geese around the Silloth area. The weather was dull and the birding started off boring. There were very few Geese about until the afternoon when i finally found 4 European White fronted Geese on Tarn Dubs pond. A nice quiet little spot with a few feral geese and overlooked only by some caravans. The light was no good for distant photography. 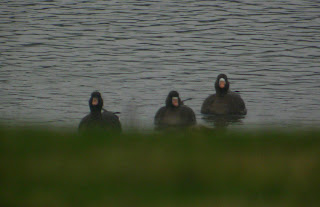 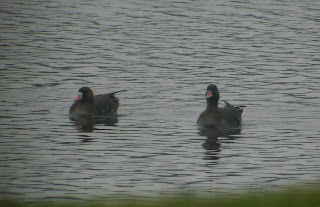 These 2 juv pinks had me pondering for a while. 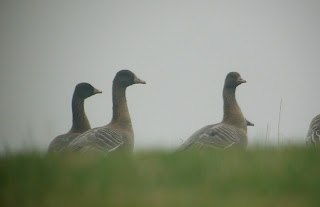 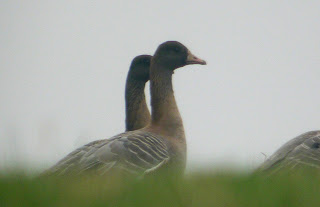 ﻿It was now 2 clock and i was getting bored, the light was crap and the birds were distant, so i decided id check the gulls on the way home, i drove past a massive collection of gulls between Crosscannoby and Allonby yesterday at high tide so i decided to check these today.
I set up my scope and about the 10th bird i checked i got onto a Massive Juvenile Glaucous Gull Bingo!!!! my second Glauc id found in Cumbria this year. i watched the bird till the tide came in and pushed it onto the water. 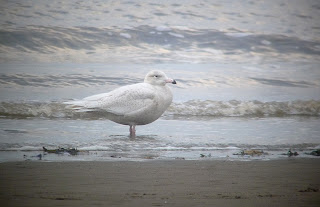 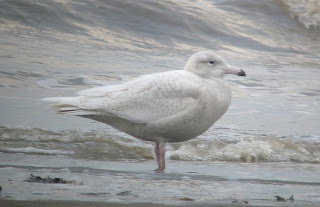 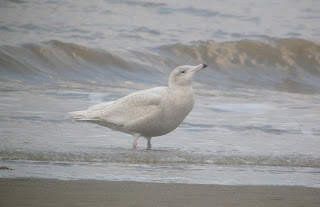 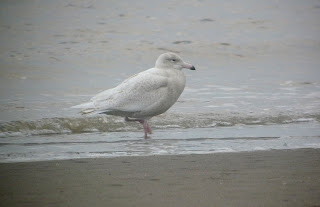 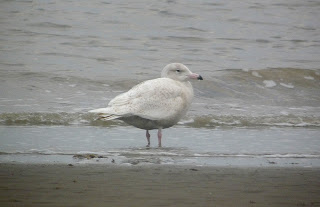 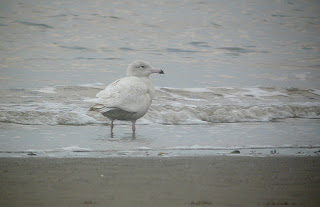 I looked through the 15000 Gulls as best i could where i manged to spot an Adult and a 1st Winter Med Gull, these have been thin on the ground this year, except for stumpy of coarse.There was a very white headed juvenile gull that could have been a Yellow Legged Gull but it was drifting quite far out by now so i couldnt be sure. 27 Sanderling were running around the feet of the Glaucous Gull 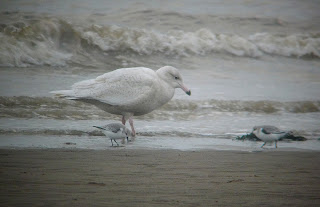 Posted by Craig Digiscoper Shaw at 18:40