Well i decided late last night that id nip over to the east coast as there was quite a bit about, especially Cleveland and Northumbria. There was a couple of lifers for Keith so gave him a shout and he agreed to come along. So at 7am Keith picked me up and by before 9am we were watching Keiths first lifer of the day in the form of a Drake Ring-necked Duck at Cowpen Bewely. 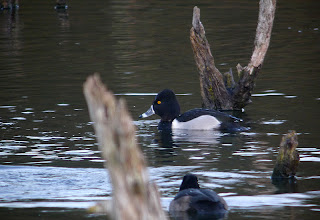 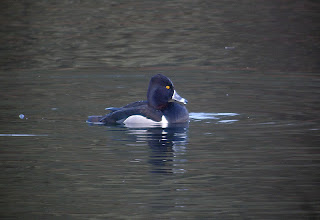 There were plenty of Tree Sparrows on the car park feeders to entertain us too. 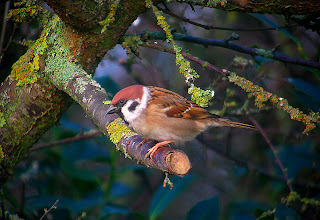 After here we looked around the area but didn't see much else of real note except at Seal Sands a couple of Common Seal on show. 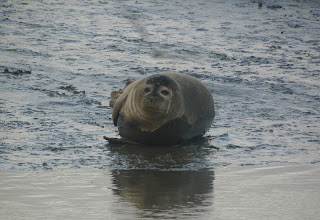 Eventually we got to Hartlepool fish quay after searching the other quays and bays. We locked eyes on many close Red-throated Divers, Red-breasted Mergansers and Some Guillemots. We then Viewed the Quay from another area where we managed to see a Juv Glaucous Gull another lifer for Keith.

I then Spotted our next prey, a Black-throated Diver. Things were going well, although we were running out of time to do everything.
Next we looked of the sea at the battle abutments or whatever its called and saw Common Scoter and our next target a Velvet Scoter.

No sign of any Iceland gulls was a shame. we had dinner here and new it was time to head north to Northumberland for the long staying 1st Winter Female Lesser Scaup, at Marden Quarry, which showed nicely another great duck. 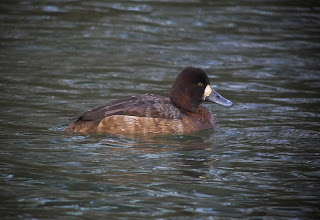 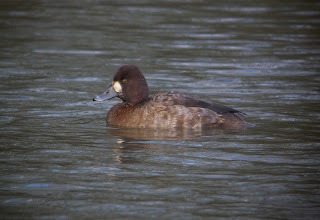 Finally it was time for our last stop Prestwick Carr for the lovely looking Short-eared Owls where there were at least 3 on show, no sign of the GG Shrike though, it was getting dark. The Owl shot below taken in Virtual darkness so what a great shot even if i do say so myself ;-) 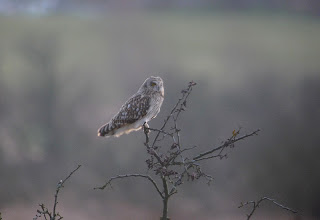 A great finish to a great days birding on the East.
Once again my camera never went below 400 iso, one day the light will be good...........
Must cover the local patch tomorrow.
Posted by Craig Digiscoper Shaw at 20:10