Well this has to be the best few months of my life birding in Cumbria itself, because today i helped Keith put up his fence in the morning then went out looking for Iceland Gulls in the Afternoon.
We Searched all the usual spots, Workington, Harrington, and then Whitehaven. At Workington just the usual Stumpy the Med Gull.... 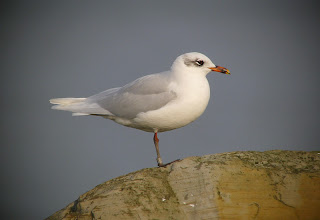 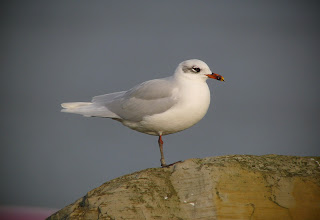 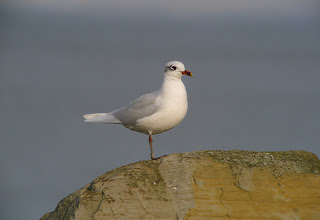 Harrington nothing of note but after searching a few spots at Whitehaven we looked out to sea where a Fishing boat was coming in. Now i picked up a Gull miles and miles away just in front of the Fishing vessel and i said to Keith its maybe the sun but i recon i have an Iceland Gull, i could see the paleness of the wings and the overall impression was of an Iceland Gull, i was expecting to be wrong however. Erm no i wasn't it was only a bloody darkish Juv Iceland Gull WOW! Now a friend of Mine told me he'd had an Iceland Gull off here yesterday so wasn't overly excited, but as the Fishing Vessel came closer i then noticed a 2nd Iceland Gull but a much paler Juv bird, i later found out this is the bird my friend had yesterday...So two Iceland Gulls and i would class 1 as Self found for Keith and I. We Lost the Pale bird but managed to stay on the darker bird till Darren turned up and got it.

I also noted a Nordic "type" Jackdaw feeding in front of us. Now i no this purple patch of ours just cant go on any longer......can it ;-) 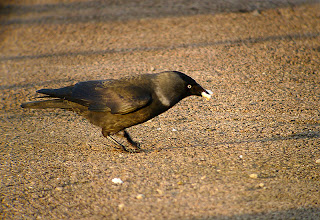 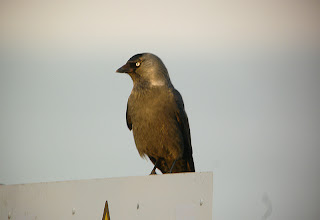 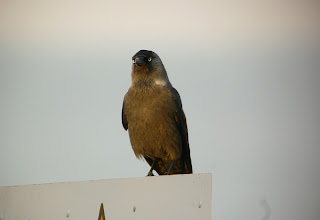 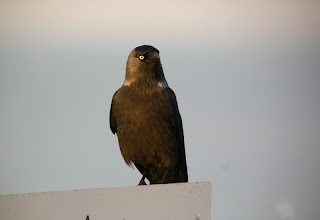 We Once again finished off by Watching the Owls at The Dump again, ﻿for anyone wanting to go, a Google map here of where to stand. http://g.co/maps/ehf7x.
Oh yeh a record 6 Short-eared Owls 5 together in the scope, 2 Barn Owls and 2 Tawny Owl with a few Woodcock... What a spot. ill be working away soon so birding will be limited and be back to normal.
Posted by Craig Digiscoper Shaw at 20:03