Today was a family day out just me n Rach, so i asked her where she wanted to go. Solway was the answer....Good answer i thought. So we took the scenic route up the coast past Blackdyke, no geese or swans and ended up at Abbeytown. A Red Deer was near silloth.There was a good number of geese here but the light was absolutely terrible and when i say terrible lovely Sunshine but completely in the wrong direction making checking the geese tough if not impossible for some. I could count 22 European Whitefronts in with 500 or so Pinkfeet, lots of Greylag and in the corner just about visible when the sun went in 4 Bean Geese... this was a big bonus....A few Whoopers dropped in and small numbers of pinks started to leave. The sun got really strong and made viewing any of the other geese impossible so decided to move on.
Passing Anthorn i had a text off Nick saying he had found a Red-breasted Goose on Burgh mash but it had been flushed pretty quickly by dog walkers so carried on my search for other stuff. I stopped to look through a group of Barnacle geese in Flight, nothing in them,  then i checked a smaller group of 25 in flight...What the hells that i thought, good god it was only the Red-Breasted Goose... AMAZING! so i rang Darren, Nick and Keith in high excitment sorry guys ;-) and watched the bird drift off towards Cardunock and the masts. Nick and Darren [passed us as we were turning around, stopped and we went to look through the big group of barnacle geese that had now dropped in by the masts 100 yards from Cardunock and Bingo the Red Breasted Goose was with them giving good scope views.. pics don't do it justice really. A Merlin flew over which was a year tick. 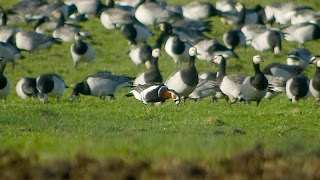 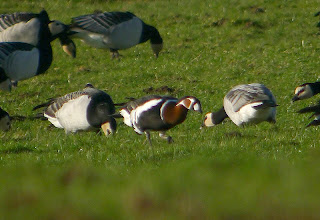 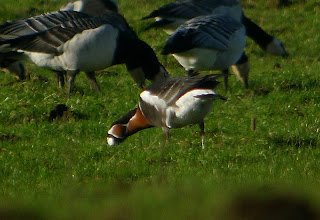 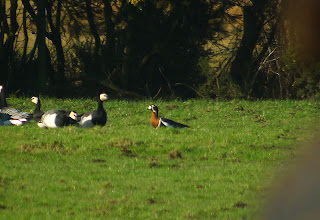 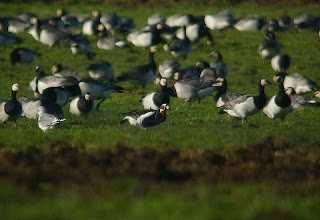 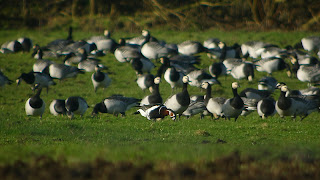 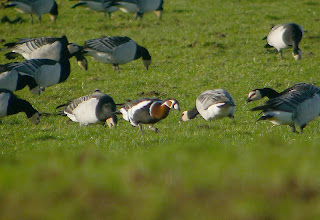 After a good crack with the guys we moved on and had a quick look at the Great White Egret as we passed Campfield scrape and had Lunch in the pub. We did the same journey on the way back but didn't really see much else. oh Except a Whimbrel came past Nick and I at Port Carlilse calling 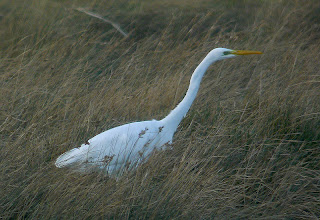 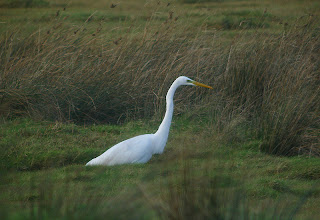 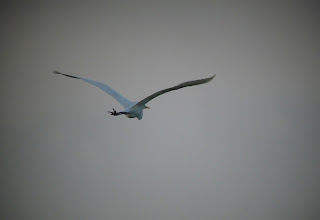 A Really great day but as I'm back working away probably one of my last too... boooo.
Very Nearly forgot to say finished once again at the dump for 3 Shorties and 3 Tawnys...
Posted by Craig Digiscoper Shaw at 21:16