Just returned from Disneyland Paris and came home with this little beauty... you cant normally buy these from Disney ;-) ..... but really a stray pup came into my sisters vet practice and we had first refusal... we didn't refuse her and now i have some training to do.... Anyway meet the new Collie pup Luna. I may miss some birds now though my attention will be keeping an eye on her. 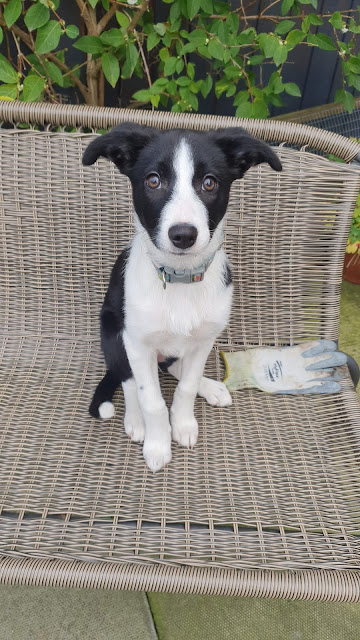 Originally i was off until New year but back at work tomorrow (20th Dec) instead so no more birding until Christmas eve.

Anyway this week has been ok but the winter is slow.  When i said slow actually i meant its been pretty good looking back on twitter. A Great Northern Diver was off the Ness fishing with Cormorants,

The 5 Shorelarks were still on the Ness too but really really elusive feeding in long grass. Walked to Boyton and spotted 2 Raven doing there upside down flight thingy and then i had a single over my Garden a day later. Garden Tick 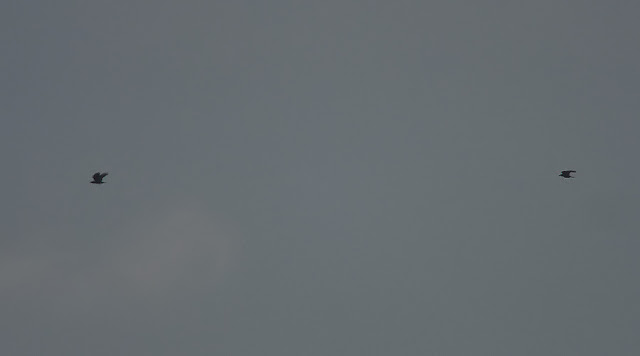 On pools were 20+ Meadow Pipit with 1 Rock Pipit, still no Water pipit yet. 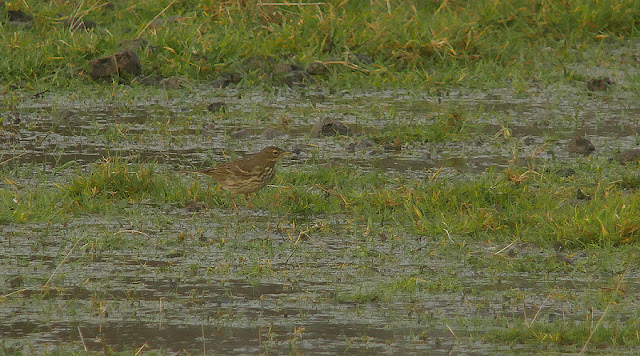 White- fronted Geese are now starting to appear with 15 now on site, 30 seen by others.  A Single Barnacle is hanging with them too. 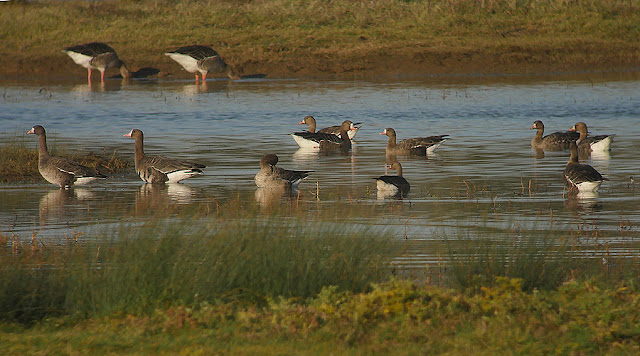 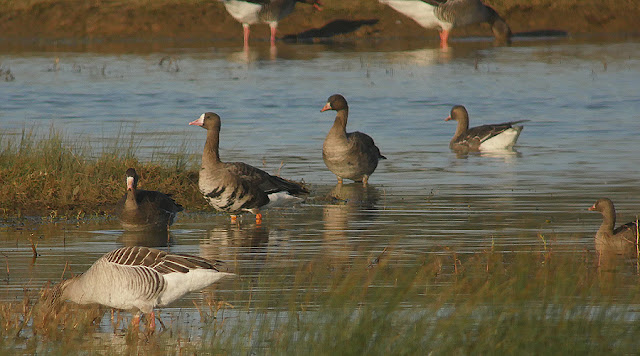 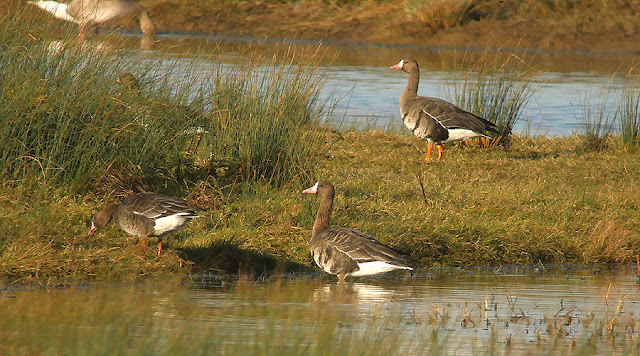 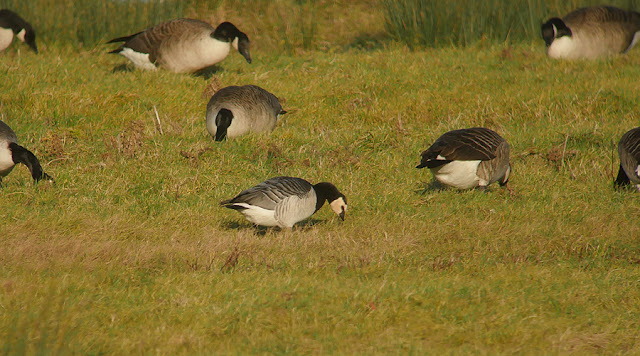 Gulls are few and far between now so it was nice to get a visit from a 3rd Winter Caspian Gull. A nice large individual. 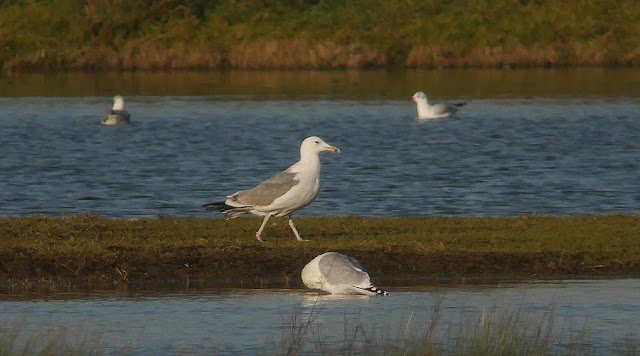 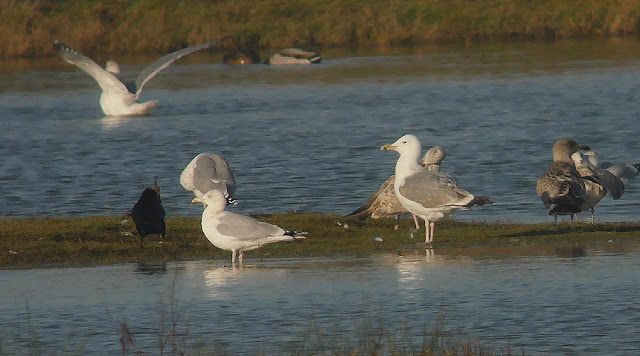 Been visiting Hollesley every couple of days so been going for walks around other parts of my area, Lower Hollesley Common through Upper Hollesley Common back to home. Dartford Warbler was a must, Kingfisher was a surprise but no Woodlark. Usual Woodland birds but nothing special.
Staverton Thicks yesterday held a nice female Goldeneye, 3 Firecrest in the Woods 80 Siskin Kingfishers and a great number of Woodlarks with at least 12, 9 flew over in two small groups. 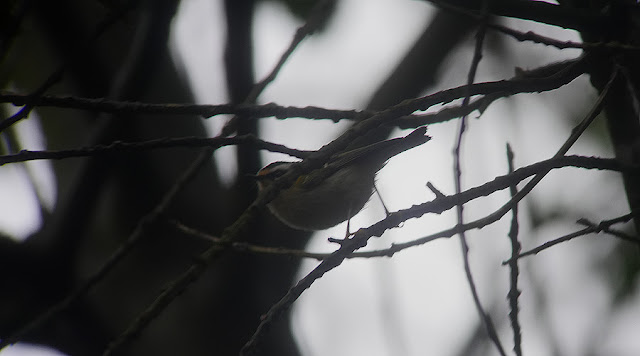 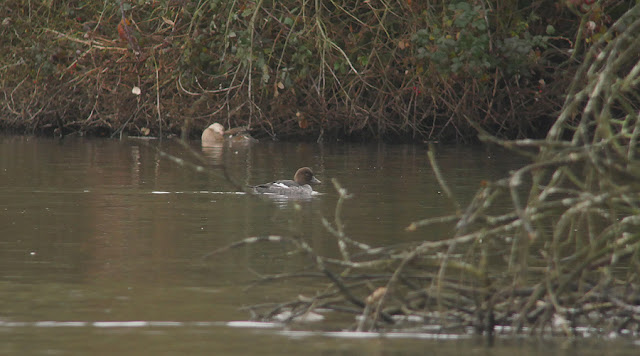 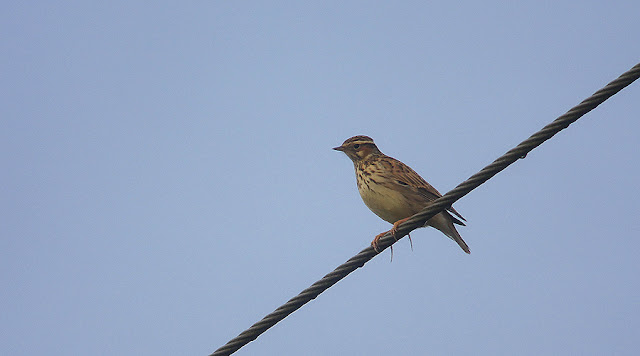 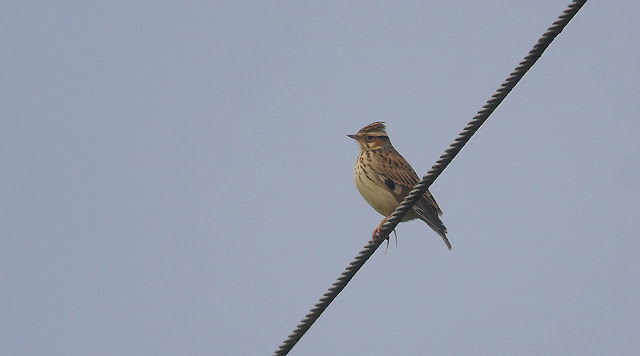 Other stuff back on patch Grey Seal and Fallow Deer. 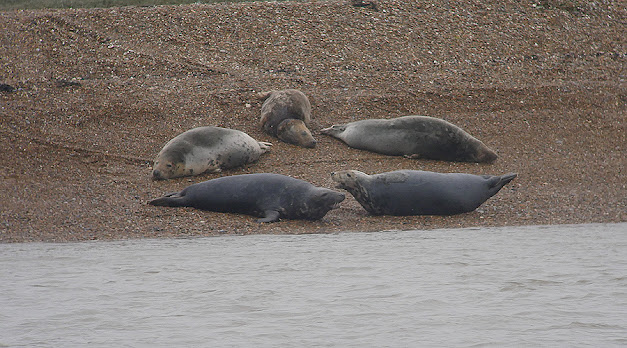 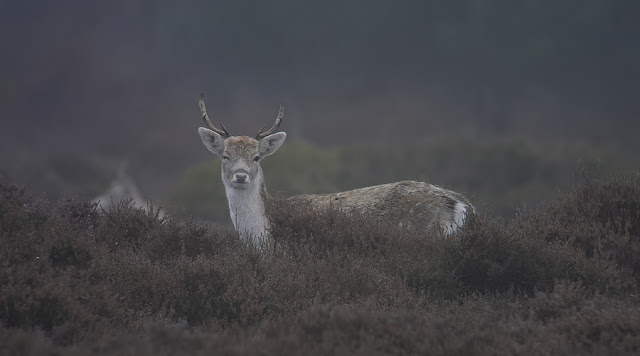 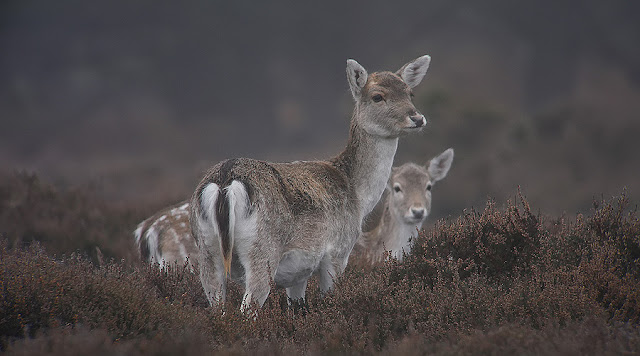 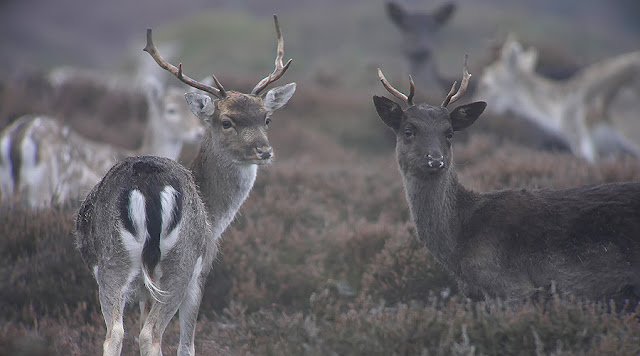 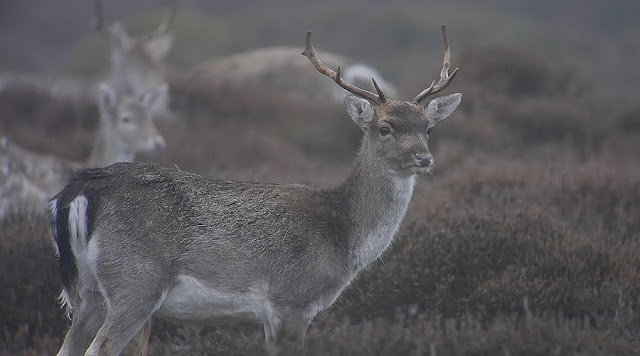 Today still 15 Whitefronts but the thick fog has put a stop to anymore birding for now.
Posted by Craig Digiscoper Shaw at 12:59 No comments:

So ive now broken up for Christmas so im on holiday now until i start a new job in January. So its nice to have some spare time on patch. It started pretty good to with 5 Shorelark making it onto my patch list. I was sea watching when some people flushed 5 birds from the shingle in front of me. They called and flew to the ness over the river and disappeared, i new id just seen Shorelark. The next day i was in the same are and found them still on the ness but very distant.

December 4th
So the Shorelarks are still with us and a Woodcock was fresh in yesterday. Today though the weather has changed and was much better so birds were easier to see or just coming in. Back on the Sea wall another patch tick, and Adult Shag swimming up the river and ended on the ness. 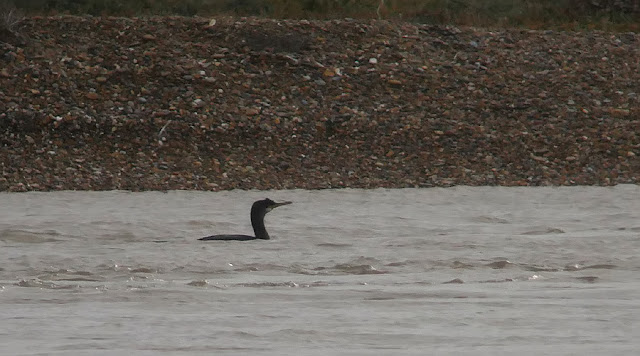 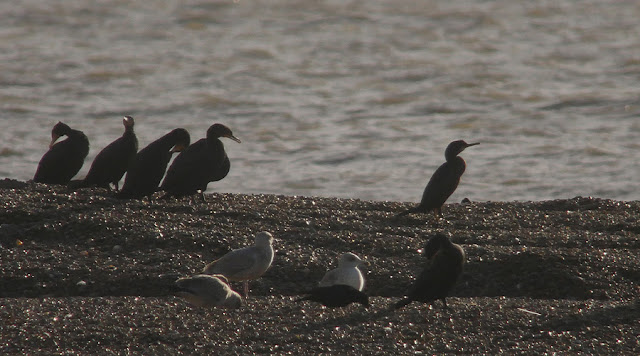 Whilst watching a Short Eared Owl came in off the sea being hounded by gulls. 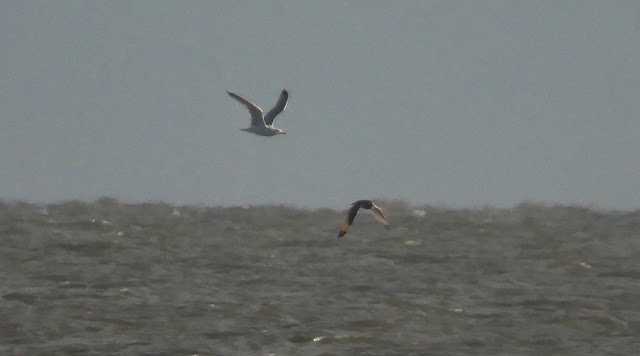 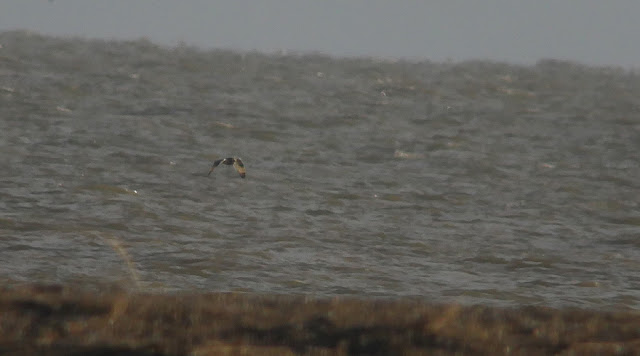 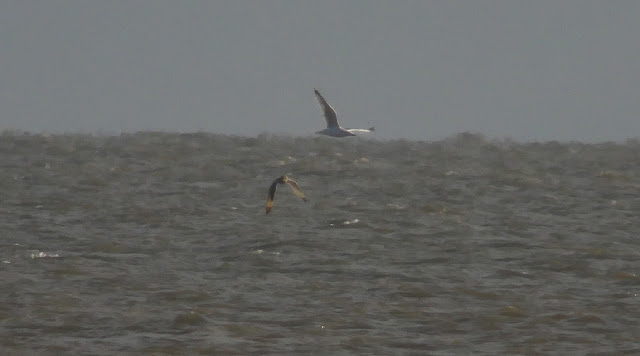 Back on the flash 2 Black~tailed Godwits and then finally 4 White Fronted Geese 2 Adults and 2 Juvs.
Carried on walking to Boyton and back but very little else of note. 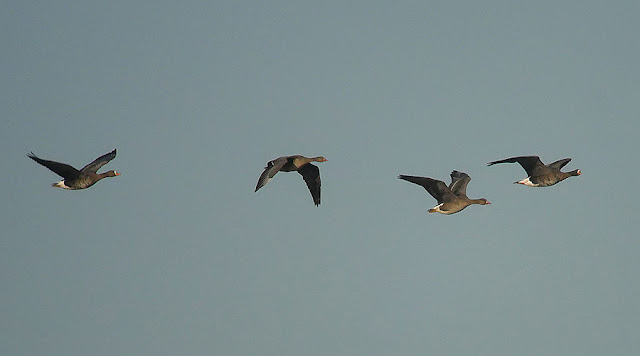 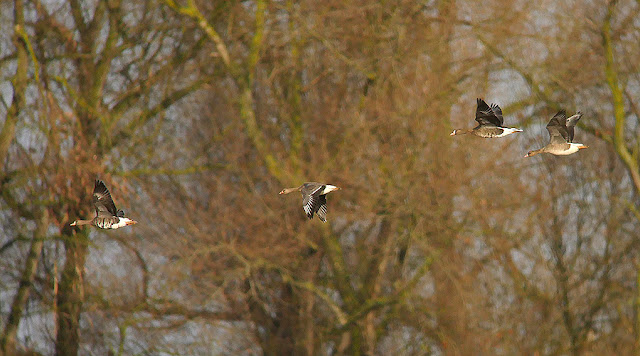 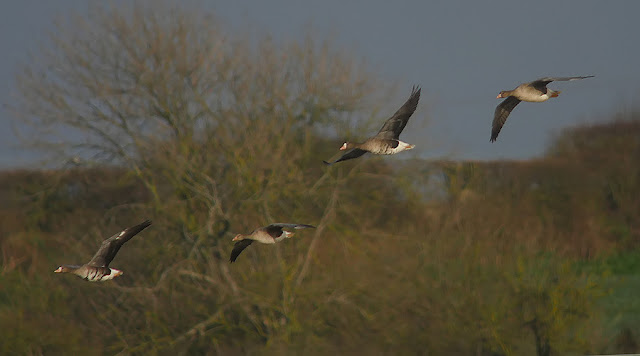 Posted by Craig Digiscoper Shaw at 18:18 No comments: