Well ive been on the beach at Mawbray these last couple of days and over new year this beauty was found, but unfortunatly dead. Heres what happen pinched off facebook.


The Tropicbird, which normally occurs and breeds in tropical areas (such as Caribbean islands), was found on the tideline at Mawbray Bank by Peter Scott of Workington, on 6 January. It was rotten and Peter only collected the two tail streamers to use to identify the bird. Peter showed the feathers to Steve Hewitt (Natural History Curator at Tullie House Museum) that evening and they decided it was probably a Tropicbird. Steve was keen to recover the body so they went back up to Mawbray and located the bird in the dark before the tide moved it. The specimen is intact but very smelly and shedding patches of feathers. It is now in the freezer at Tullie House Museum. The information has been submitted to the British Birds Rarities Committee (BBRC), the official adjudicator of rare bird records in Britain, and if accepted, will be a new species for the British list.

Now ive been saying its about time we had a megga in Cumbria but this isnt what i meant. 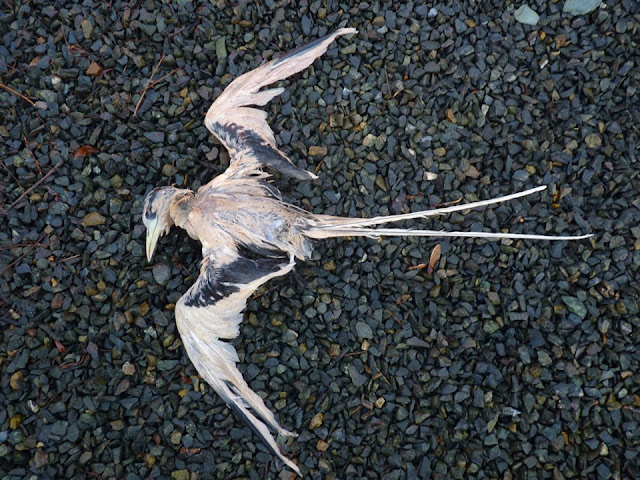