Went and had a look for the Purple Sandpipers at Ness point but had real trouble finding them but on the way back they flew past and landed on the rocks initially distant but they did eventually come a little closer. Well had real trouble with very poor light and had to shoot on iso 200 so I was very surprised to get 4 half decent shots off the camera.
2 Gannet and 3 Kittiwake were the only other notable birds really. 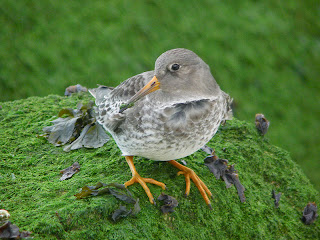 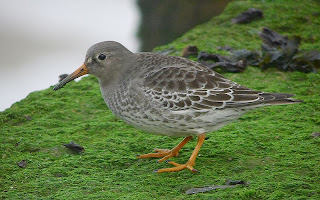 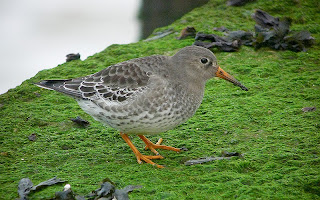 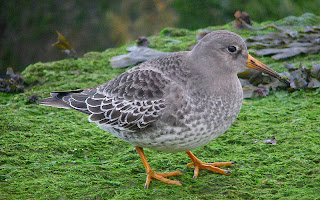 Posted by Craig Digiscoper Shaw at 16:56