Saturday the patch was quiet and again today it was quiet until a patch tick and possibly a Corton tick in the form of a Water Rail on the ponds at CNSW. The rest of the site was dead, on the sea loads of Gannets including a mass of them in one area feeding, I was hoping it was going to be the Whale, but didn't see anything surface. A Single Wigeon flew south.
Nipped to Reydon after lunch to look for a Waxwing spotted earlier in the day. At first it wasn't on show but after a few minutes it turned up in the Rowan tree and showed well. Pity the light was awful. 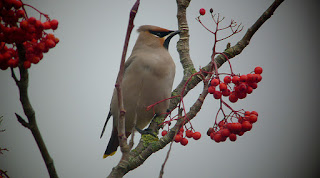 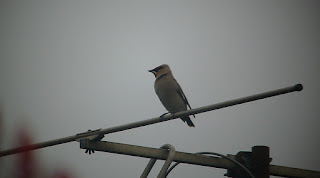 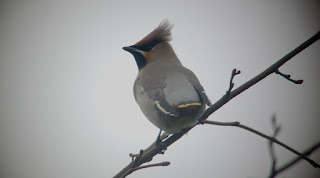 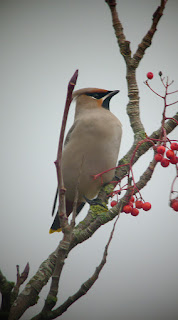 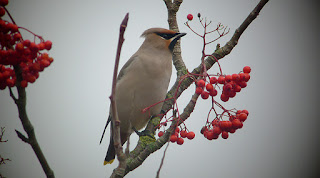 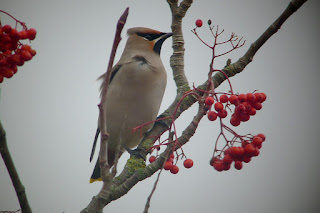 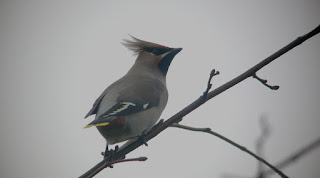 After this we headed for Minsmere for a drink and cake and another look at the Birds Nest Fungi. Now detached from the boardwalk and on a plank left on the side. The old boardwalk removed and rotten, wonder if it will return next year now.... 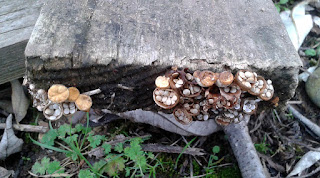 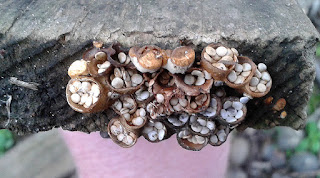 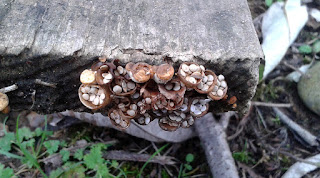 We then had a look at a new site for us, Hen Reedbed, a cracking looking site with plenty of Little Egrets. 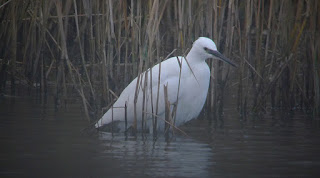 Then I spotted a Great White Egret infront of one of the hides, its a shame there's no cover when you head down the bank to the hides as before I saw the bird it flushed. Would have been great views from the hide too. It was now getting dark so headed back along the very windy bank where the Great White egret appeared again heading south to the reed bed across the road. It was almost dark and very very windy so I was lucky to get a very crappy record shot, you can just tell what it is. A Bittern flew over too making a great finish to an excellent day. 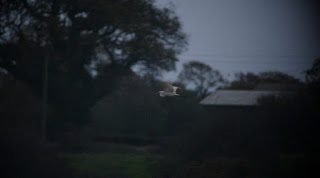 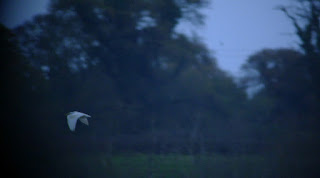 Posted by Craig Digiscoper Shaw at 17:50