Im pretty sick and bored of the patch right now, patch moral is at an all time low. I need to find something and soon.
Anyway locally a Booted warbler was a great find for young Josh but as ive a new job in Ipswich days have been long and i couldn't get there the first day. i did manage to leave Ipswich a little earlier on Friday so was on site for about six. The Booted showed soon after arriving but never showed well enough for very long. I did manage a couple of Record Digiscoped shots. 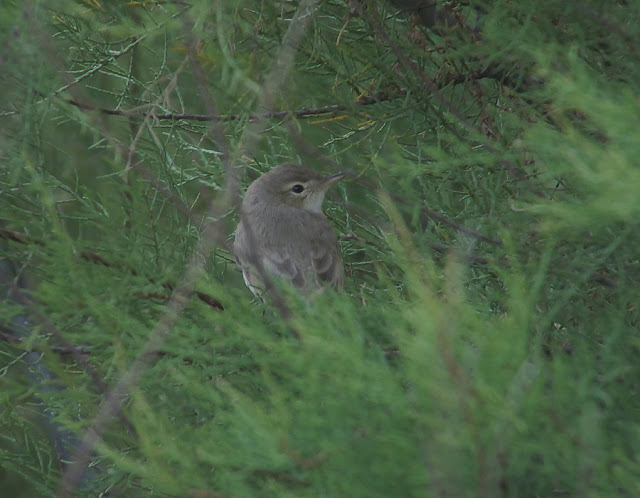 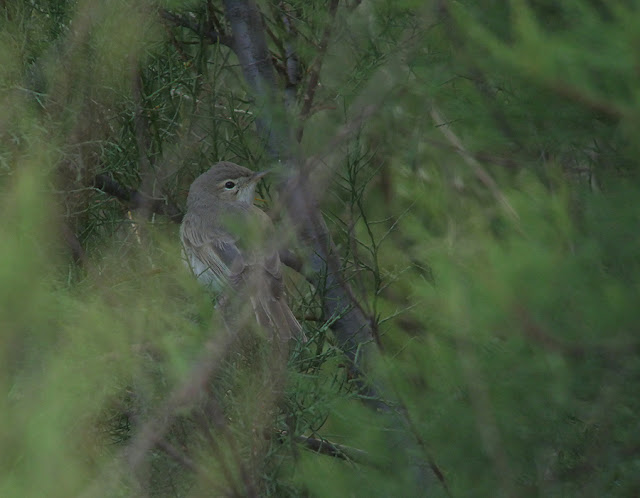 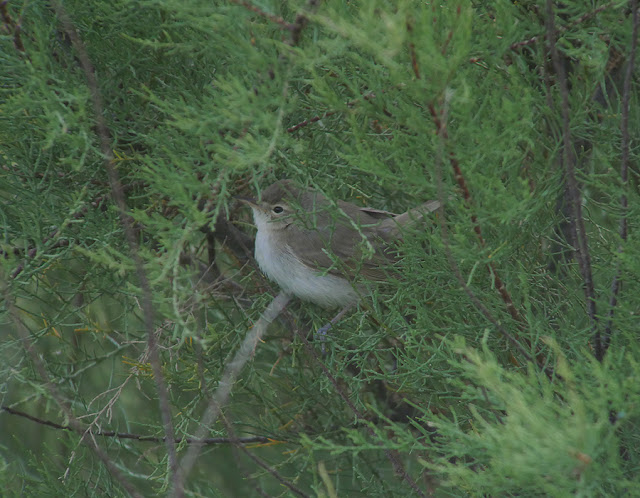 So ive changed jobs, well a promotion at work actually but as the head office is in Ipswich Im now working from there. The travelling will probably become too much on a daily basis from Corton so sooner rather than later im going to have to move. Dont really want too but im loosing more and more of the patch to greedy developers and greedy selfish landowners. So thats making my decision to move a little easier. Anyway ive been looking around and Hollesley seems to fit the bill, with a good patch and easy walking to the coast and amazing birding all around. So we had a look at a house today which was very tempting but more importantly wandered the area looking at some good birding areas. Yellow Wagtail and a showy Wheatear at East lane just down the road. 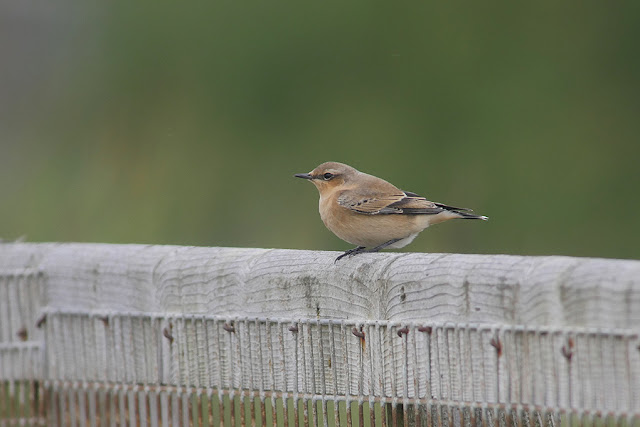 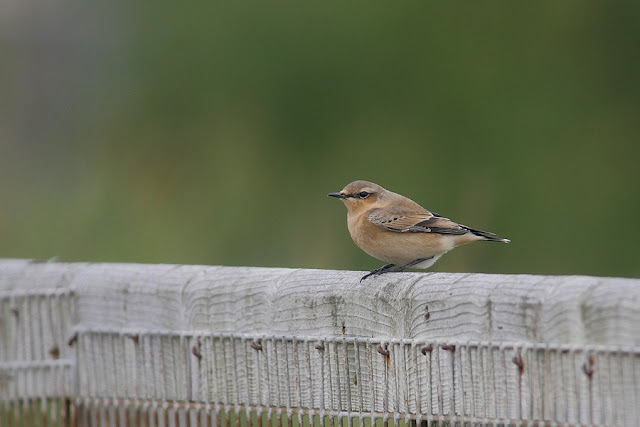 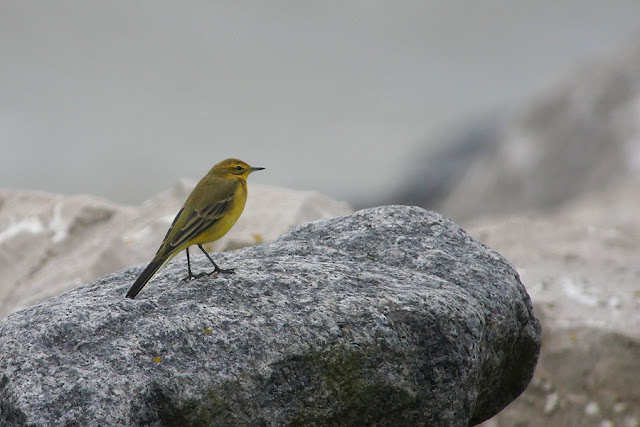 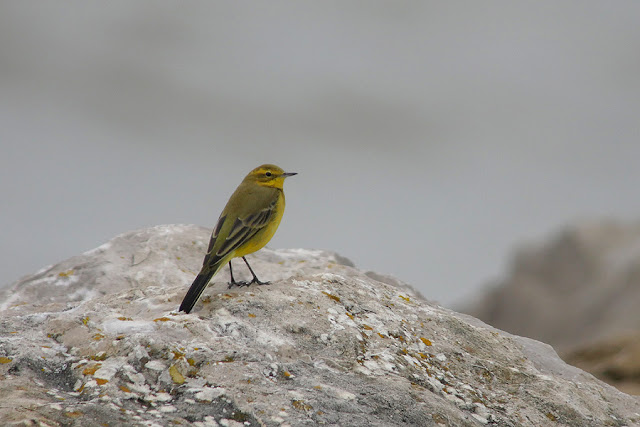 Then my first trip to Landgaurd point, what a great area with great potential. Wryneck and Whinchat on the point but illusive but this Juv Golden Plover wasnt. 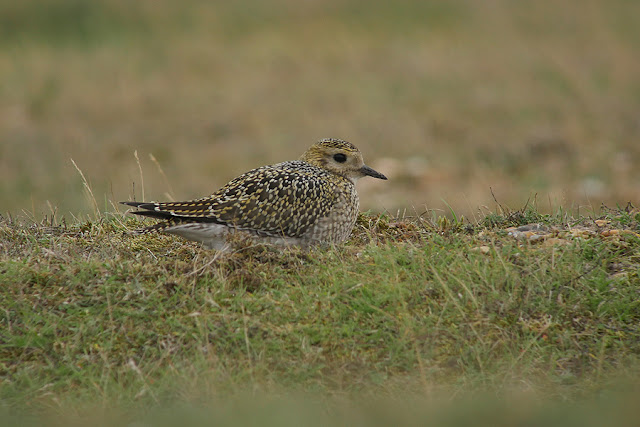 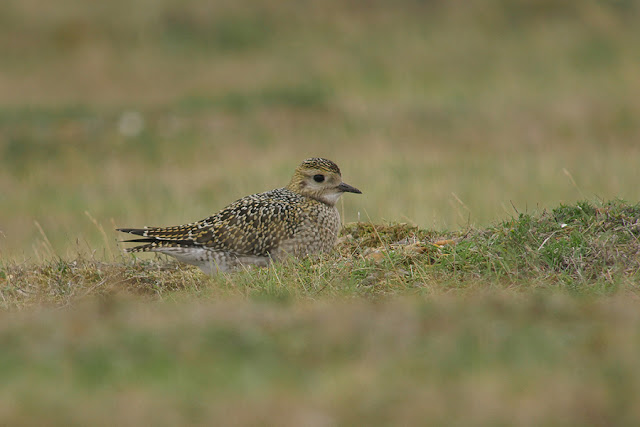 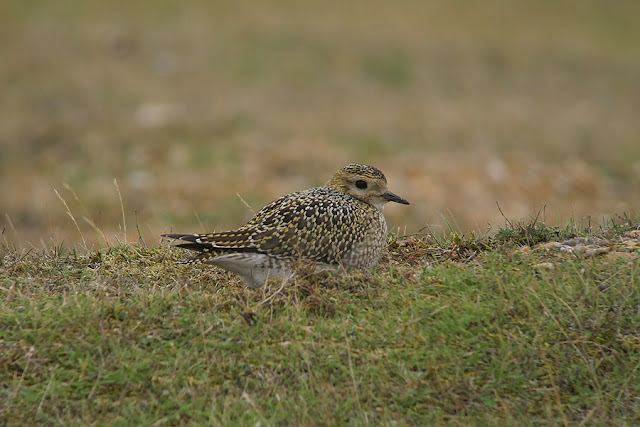 So now its a case of watch this space for further developments.
Posted by Craig Digiscoper Shaw at 18:42