Again its been a while since i reported anything decent, just been so busy.

Today however i had the chance to get out all day and it was looking very good. The wind was right and the rain was dropping lots of bird in all along the east coast. It was a frustrating day that had great potential but for me it just didn't really happen Started just before 8 am as i had to see a family member off home first but after that i headed straight out with the dogs to have a good mooch around. As soon as i left the house a Redwing and a Song Thrush flew over and the further towards the patch i could tell every tree was covered in Song Thrush's. The Little Owl was in its usual tree. Onto Hollesley Rspb and again Song Thrush was everywhere and Goldcrest too. Black caps were common and there had been a big fall of Robins. Still no water from the screen so headed for the river bank where 15 Grey Herons flew in off the sea. I was hoping they were cranes when i first picked em up. Headed south towards shingle st and a dark Warbler flew out a single small bush made a tack sound and disappeared into the reads. My thoughts lead me to Raddes Warbler which im sure was what it was but i waited to see if it would show itself again but frustratingly it didn't. Whilst waiting a large flock of 17 Pintail flew south of shore and smaller numbers of Wigeon and teal did the same. Brents were on the move too. I carried onto shingle street but nothing caught my eye. On the return to the main reserve 5 Pochard flew over, patch tick and i waited around the possible Raddes area again watching the sea. Loads of Brents, and Arctic Skua chasing gulls was another patch tick and more ducks with 2 Red Breasted Mergansers and 5 Eiders. Mipits were coming in off as were more Song Thrush and Goldcrest. Every bramble bush in the river bank held a Goldcrest or 2. Swallows were on the move with about 30 through in an hour. Wheatear was the only other thing of note from the bank. Returning past the car park 5 Crossbill flew over and a nice Brambling was bathing in one of the puddles. A couple of Chiffchaffs of note.

Returned home for some lunch and then took the Warren Hill prison route to the patch. Started off good with a Common Redstart and i could hear some Crossbill but couldn't see them, they could have circled around as 5 min later 15 flew over. The sky was full of Swallows and a few house Martins. As i moved further along the track a much needed Ring Ouzel flew out the hedge and over the hill, Tick. Returning home via the river bank was much quieter with only 3 Wheatear of note.

So not a bad day but looking at the birds up n down the coast it could of been better i rue the view of the Raddes Warbler that would have made the effort worth while.

1st October i found a Yellow Browed Warbler by the entrance to Hollesley RSPB.

1 More day at work Monday then I have the week off lets hope i can gain some birdy rewards... 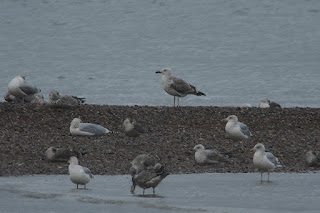 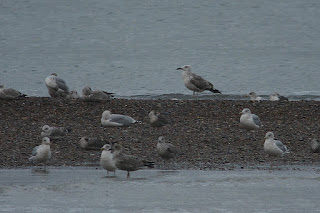 Posted by Craig Digiscoper Shaw at 18:09