Well i bowed to the pressure of the long staying Roller in North Yorkshire Aldbrough, so spent the weekend camping in the tent at Reighton Sands. Rach the dog n i arrived late on Friday night so it was tent up n bed. Next morning a fairly relaxed drive to the Roller, the bird services said still present phew....but when i got there about 8am the bird had flown...WHAT no it really couldnt be.... after a sweat of about 40 minutes it did come back to its favoured post and field, what a relief. Whilst watching this Stunning European Roller i scoped a very distant Corn Bunting. The Roller then flew off again so we decided to move on to south of the Humber for a Juv Pallied Harrier or Monties. After finally finding the site we couldnt locate the harrier. We moved down the hill to find some other birders who had been watching a harrier all morning and to be told it had been showing well.... thanks a lot for getting the news out. It had caught a blackbird and with its full crop gone to ground somewhere.. i wasn't gonna waste anymore time on this bird whatever it turns out to be, i was hoping to make my own mind up but not today!!!!.
In the meantime a Rosy starling had been seen at Flamborough head, i made the mistake of hopeing it would stick around until id seen the harrier but on returning to Flamborough that had disappeared too. That was the end of today's birding, the Roller was brilliant but the rest of the day was pretty shite.. 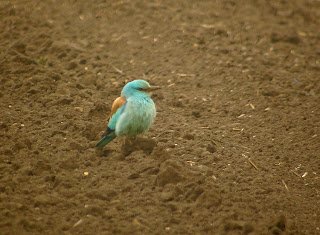 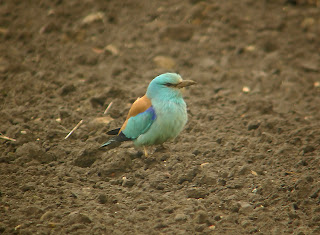 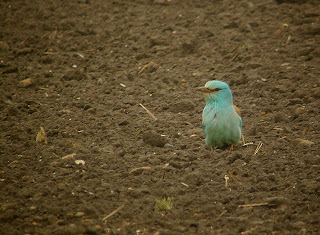 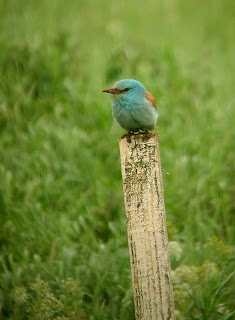 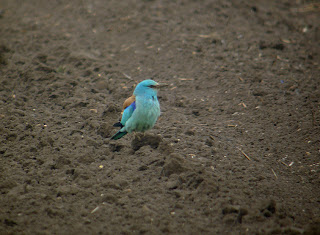 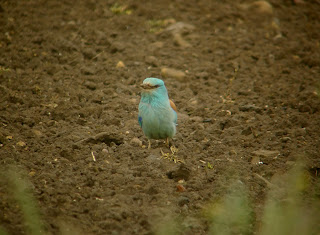 I made an effort this morning to get out early, no migrants of any sort though. I did a short seawatch from Reighton Beach, my first collection of Manxies this year. LOADS of auks, Guillies, Razors and Puffins. We packed up the tent and moved onto Flambrough for Breakfast and a wander around. A Bonxie was it!!!
Id had enough by now so we called it a day and made our way home.

Posted by Craig Digiscoper Shaw at 18:19