What a difference a day makes, its been a tough few weeks birding on the patch, so took the day off from work and headed for Norfolk and a very showy Isabelline Shrike. I Arrived at Beeston Common near Sherringham and immediately saw the bird perched up but fairly distant but good scope views. After a while I managed to move around a bit closer to the bird where I watched it eat wasps and store them, also a Frog. 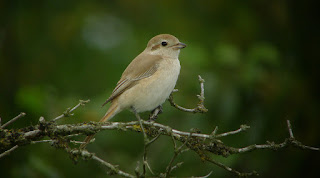 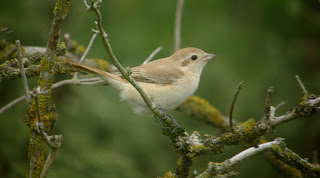 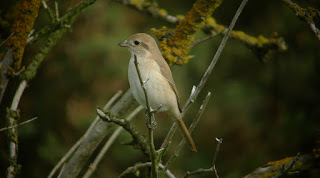 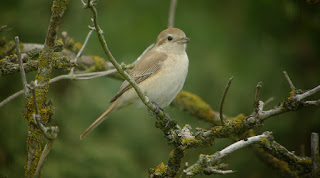 After my fill off this wonderful bird I headed back to my van and could hear a Yellow Browed Warbler calling from somewhere in the car park.
I then headed to Wells Woods where I parked up and payed a ridiculous amount to park, but it was worth it with my first lifer in what seems like agesssss. Blyths Reed Warbler. YES! Not quite as good views as the Shrike though ;-).
I was in a bit of a rush really and wanted to try see the Red Flanked Bluetail at Holkham park before returning to the patch, so a mad rush had me watching the bird in the willows at the end of Holkham pines. No scope as i was in a rush. Quick look at the bird and i was off home and landed at Lowestoft North denes for a Seawatch.
It had been a good morning seawatching apparently so when it started quiet id regretted rushing, although it did improve with 2 nice Short Eared Owls in off. A few Guillemots were moving and so were the Red Throated Divers. Lesser black backed gulls on 2 occasions chased down a couple of thrush's one swallowing one whole and one getting away. Finally I managed to pick up a year tick which I had been craving for ages Sooty Shearwater, then soon after a second :-) Another Shortie passed north close by. I scoped a Stonechat down on the denes before heading back to the patch.
On the patch plenty of Goldcrests again, maybe 40-50 in the disused railtrack. Walking towards the NSW I watched a Great Grey Shrike fly from the hedge into the NSW area but the heavens opened and I couldn't relocate it. Hopefully ill find it back there tomorrow. Normally bird of the day but no :-).
Headed back to the Van and recorded 40 Goldcrest 3 Brambling 15 redwing. Great spotted woodpecker, 2 Chiffys and lots of robins.
What a Day best in a long long time. ..
﻿
Posted by Craig Digiscoper Shaw at 18:46