So here I am trying to start the Extramadura trip report but the patch keeps drawing me onto it.
I did have a lie in this morning as I need to catch up with some sleep from the full on trip to Spain.
So I left the house about 930 and stumbled upon my first Lesser Whitethroat of the year singing from the front garden of a neighbours tree.
I got to COSW and could hear a distant Cuckoo, a couple of Common Whitethroats and a few Chiffchaffs and Blackcaps. I moved onto Radar lodge to look for yesterdays Ring Ouzel but there was no sign, it must have moved on. Swallow numbers had now built up and my first House Martins of the year were going through in small numbers.
In the Compound of Radar were a couple more Common Whitethroats and a Greenland Wheatear.
Walking to the north of Radar lodge the grass cutter flushed 4 Yellow Wagtails from the field they flew over very low and at least 1 was a Blue Headed Wagtail, semi patch tick.
I then looked down the field to a strange bird heading towards me, a chap was down there too so my initial thought was he had a captive raptor flying. The closer the bird came the more I realised that it was only a beautiful STONE CURLEW, a very rare bird to lizard land but my 3rd in the 3 years I've been here. This time I managed a record shot as the bird flew past and south along the cliffs. 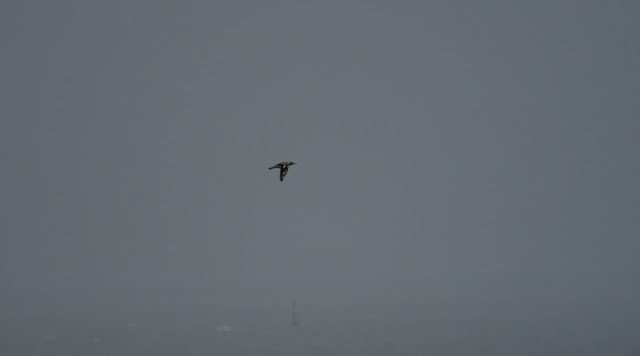 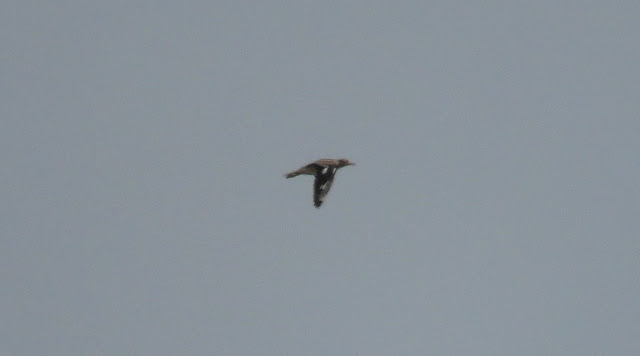 Returning home via COSW, more Yellow Wagtails over, House martins, Swallows and Whitethroats but nothing to top the Stone Curlew.
Posted by Craig Digiscoper Shaw at 14:37