On patch this week its been good with plenty of migrants.
Wednesday I had a nice Yellow Browed Warbler and Ring Ouzel in and around the NSW. Plenty of Redwing and Song Thrush now here, wonderful sound.

Thursday the Black Browed Albatross was in North Norfolk so me and the local birders sea watched from Corton bench's really really hoping it would pass us. Unfortunately our luck wasn't happening.

Friday was a good day for migrants, unfortunately it all kicked off whilst I was at work. It was hard work after work but I ploughed on and managed to find a Firecrest at the NSW pond.

Today was an excellent day, although should have been much better too. I was up at 6 and was listening to thrush's passing over the house and nicely a Brambling.
So off I went as soon as it came light, started on the Dis Rail track and found a cracking Ring Ouzel, more Bramblings to and plenty of Goldcrests and Thrush's also plenty of Chiffchaffs.
Stood in the gap in the hedge looking towards the coast I spotted a small falcon at first I thought it was going to be a Hobby but as it came close I could see it was a blue grey Merlin, a year tick and not common on the patch. It did seem to come of the sea.
Moved to the NSW where I stood on the hill with a good vantage point 50+ Pink footed geese flew over going west then another Ring Ouzel flew out with a couple of Redwing.
Continued towards the Sewage works access road and met another birder, it was great to then show him another nice young male Ring Ouzel then a second joined it. 2 nice ring ouzel in the same hedge and a well pleased birder. 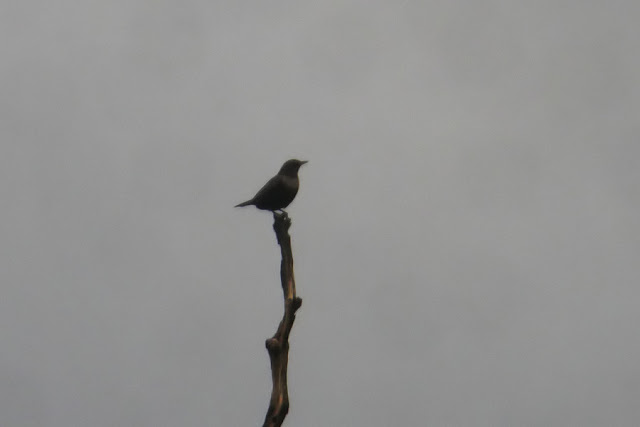 My Leica 82 is poorly so I'm having to use my trusty Leica 62 for now so its a hand hold the camera up to my scope jobbie for now.

Carried on birding checking every bush but just usual suspects including a few Blackcaps. Finally made my way to the coast path COSW and it was getting time for lunch but not before a very nice Yellow browed warbler dropped out the sky into the grass in front of me and quickly move inland. Amazing migration at its best, a Goldcrest did something similar as did a few Meadow pipits. 7 Pink Footed geese flew OUT to sea. Headed home for lunch.

After lunch I was back out and started on the coast path COSW first bird I saw was a Goldcrest then a Stonechat, another uncommon bird on patch. 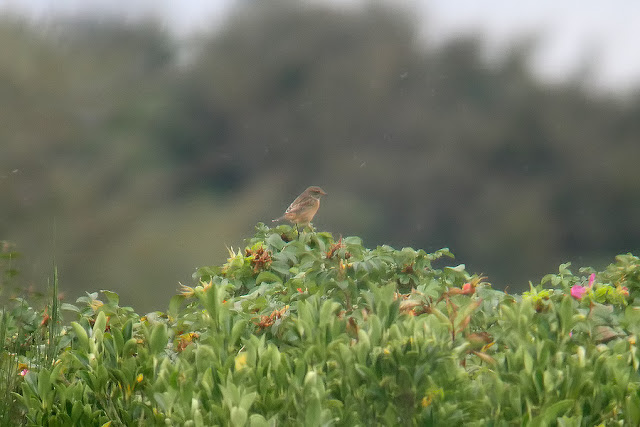 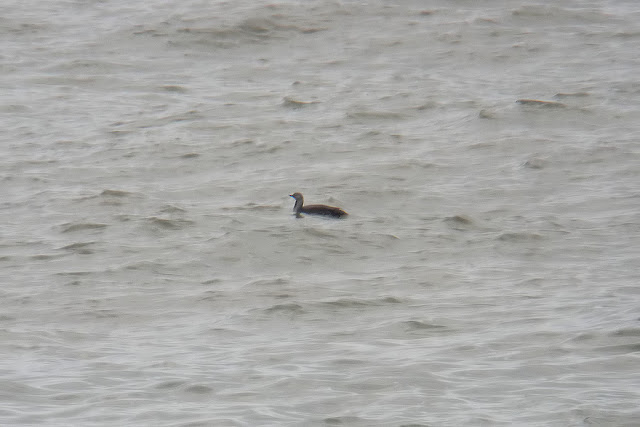 A guillemot was close inshore and didn't look well, shortly after spotting this bird a Greater Black Backed Gull killed and ate it. 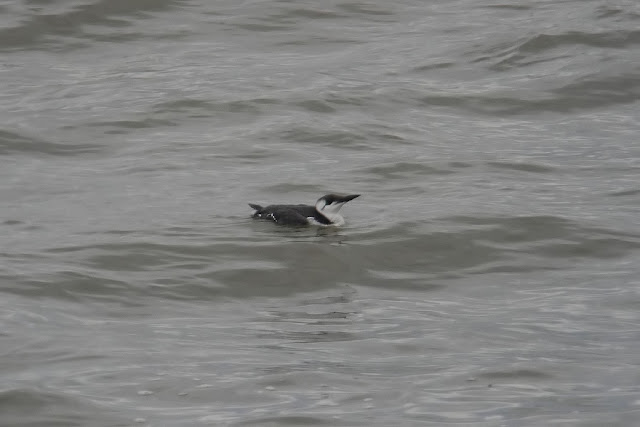 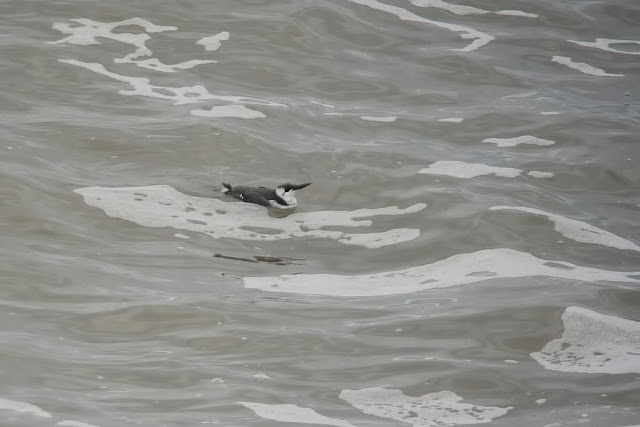 Other species over the water were a Curlew and 3 Brent Geese. 8 Brambling flew in off as did more Meadow Pipts and another Goldcrest. 2 Reed Bunting and a chiffchaff were in the COSW compound.
I had another good look around the NSW and Dis Railtrack but I didn't find anything else new unfortunately. So the day could have gone worse but should have been so much better.
Maybe tomorrow.

Posted by Craig Digiscoper Shaw at 18:33