I didn't get out before half 8 this morning as it was pretty rubbish weather wise, pouring with rain. The dogs still needed walking however so thought id have an hour down the patch. Arrived at the screen to the usual Ducks but only a small amount of Gulls, 1 brief Yellow legged gull before the Marsh Harrier put everything up. The male peregrine was sat in its usual tree by the entrance to the reserve. 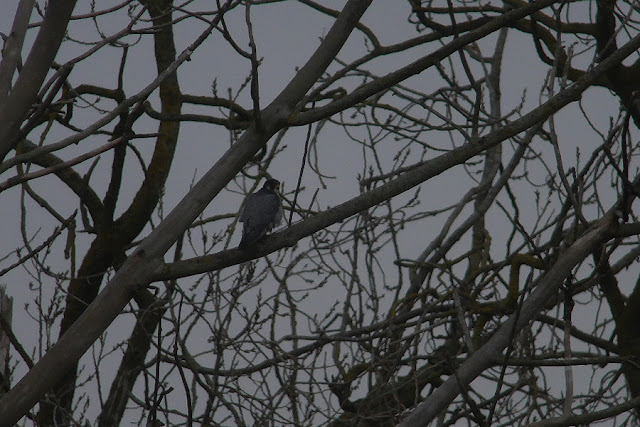 Anyway decided id check the flood for any new geese and luckily i just kept walking until i notice a pale bird perched distantly in the flood. On getting the scope on the bird it was a very pale Stonechat, much white in the wings. Immediately i though Siberian Boom.. So i put some pictures out initially as an unusual stone chat so not to sway peoples opinions.(thats my story anyway ;-) )It came back with the perfect result Eastern/Siberian Stonechat.... brilliant, a 1st winter Maurus. Not a bad start to the new patch. 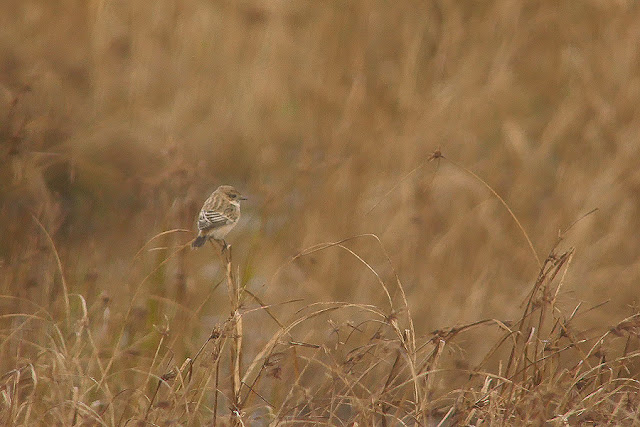 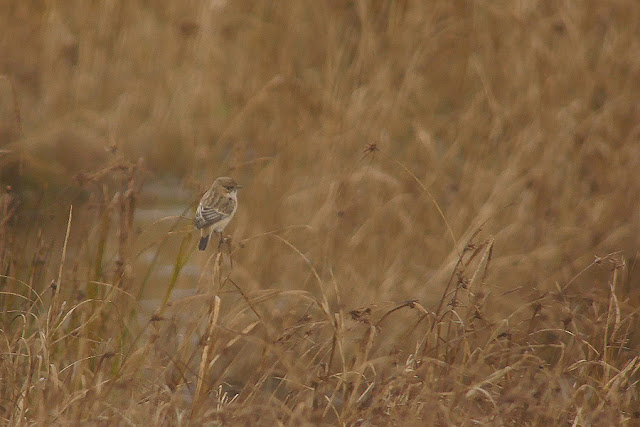 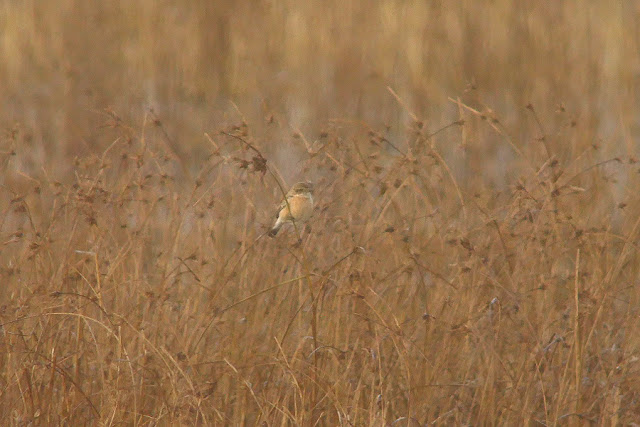 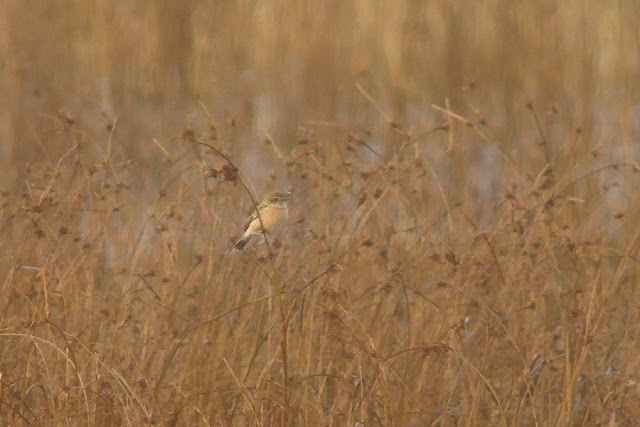 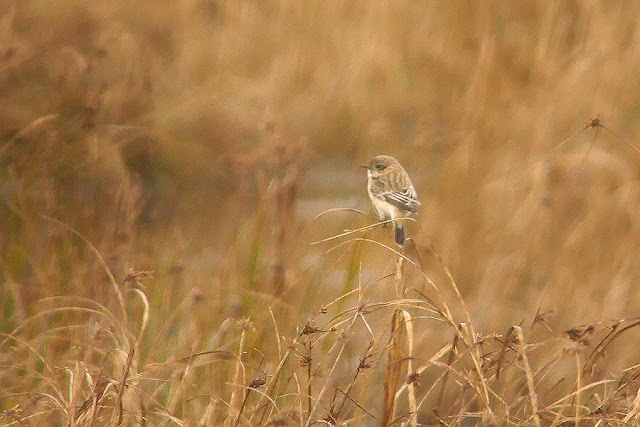 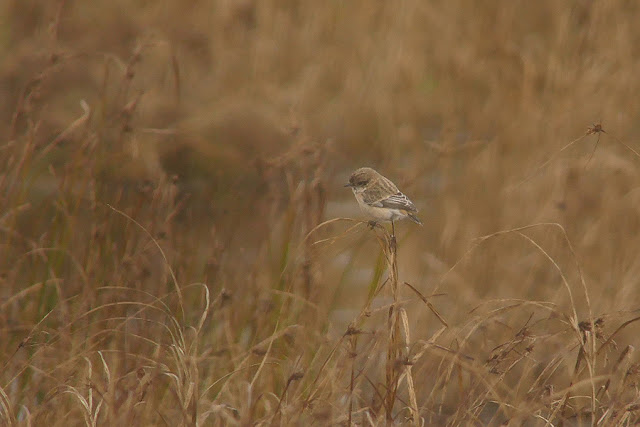 Whilst watching the chat i could hear Pinkfooted geese over head, and on the walk back a cracking Red-throated Diver in one of the channels. 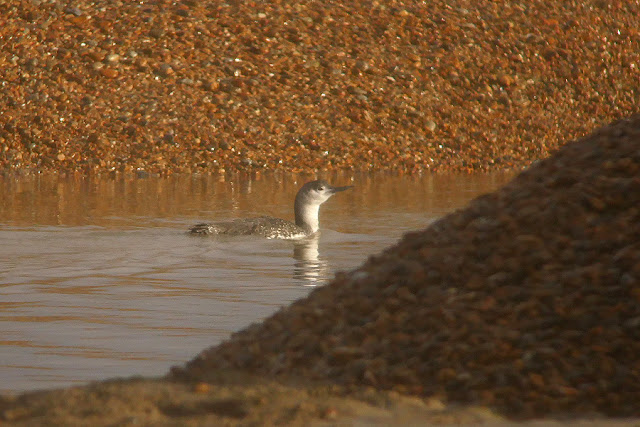 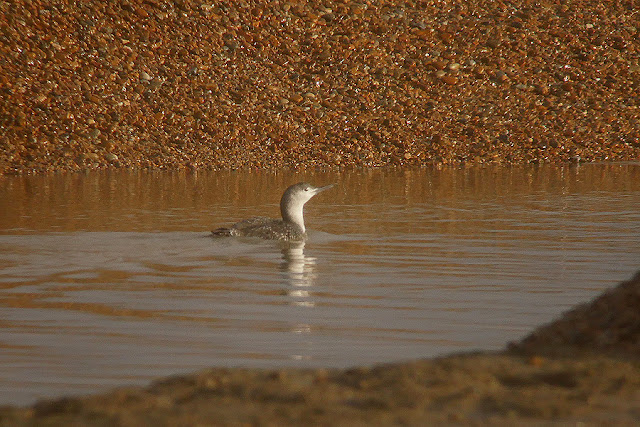 An adult Caspian gull was sat with a few other gulls on the shingle bank. It was still raining and i was supposed to have been home ages ago to go to the Woodbridge Christmas Market for lunch so rushed home changed and called it a day.
Posted by Craig Digiscoper Shaw at 19:08