Walking along the track to RSPB Hollesley Marsh's as i do most days with the dogs. I was checking the areas around the car park for migrants. I had just got past the car park when i heard the classic call (Chip) and then jangle of keys song of a Serin. I looked upwards to hear another jangle of Keys sound and a small finch like yellow bird fly low over my head and unfortunately away. So im afraid i didn't get a proper look at the bird but the unmistakable sound made me 100% sure it was a Serin. Winds had been favorably from the south overnight which had produced a small fall of migrants with my first Willow Warbler from my house only a few hundred yards away and a Sedge Warbler on the Reserve with Swallows over head too. The time of year for Serin to turn up as an overshoot is good too. Did a short sea watch from the bank, 30 Common Scoter sat on the water, a Kittiwake could be a patch tick and a Male Marsh harrier was over the sea going South.

From the Garden a Red Kite almost took our heads off it was that low, well ok not that low but tree top level, it was fantastic. A Swallow through too. 2 Buzzards, 2 Blackcaps and a movement of Linnets. Last night i couldn't sleep so did some nocmig Common Scoter over, Teal, Wigeon, Avocets, Greylags and Canadas. Then at last 2 Little Owls calling to each other, 2 Tawny owls too drowning out the Little Owls sound sometimes
A Hedgehog is now Frequenting the garden. 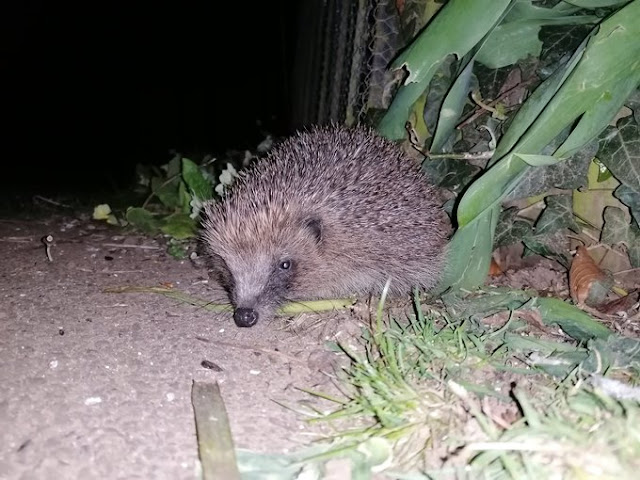