At Hollesley a good movement of Sand Martins through the site. Whimbrel, Yellow Wagtail and Bar tailed Godwit moving through also.  My First Reed Warbler of the year singing from one of the ditches and a Cuckoo distantly sat on a fence post opposite the river bank.
Back in the garden the Badger is putting in a great performance, Video taken with the phone and the torch mode on, wasn't bothered at all. 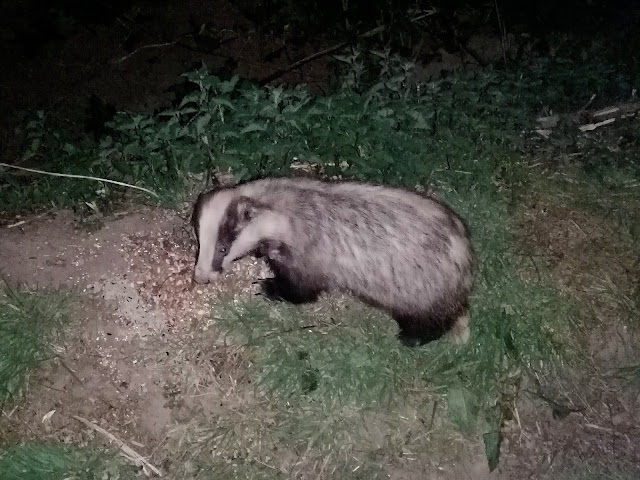 23rd April
Med Gull numbers are now increasing in the area with a few birds calling as they ventured over the garden for a garden tick.
Back on Hollelsey scrape a cracking Short eared owl was still around, 6 Whimbrel, a new Ruff dropped in and many many Sand Martins with a handful of Swallows had started to feed over the scrape, at least 3 yellow wagtails too.

24th April
The same 1st Summer Spoonbill was back on the scrape, the dirtiness of the bird made it easily distinguishable. 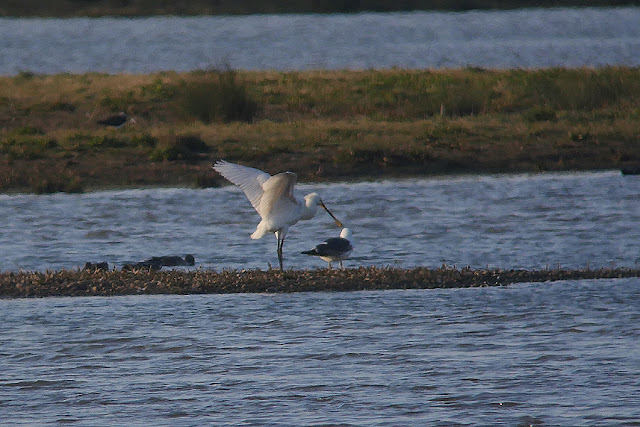 25th April
Walked the long way round to the patch today to see what was directly behind my house. 2 Lesser Whitethroats were a nice surprise along with the half dozen Common Whitethroats too.
Yellow and White Wagtails in the newly ploughed field. 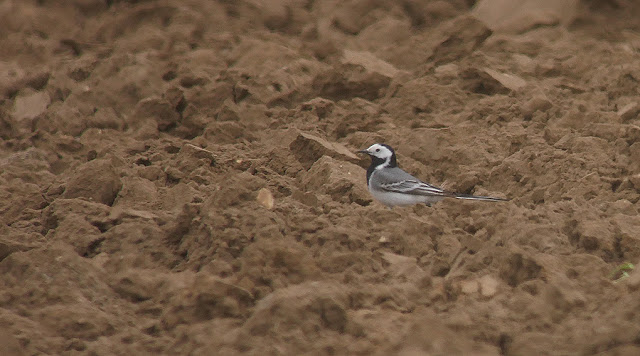 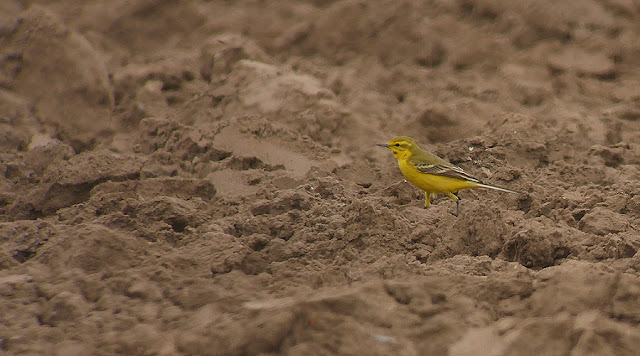 On the main part of the reserve a Cuckoo showed really well as it was calling and eating Brown-tailed moths pity the heat hazed was so bad. 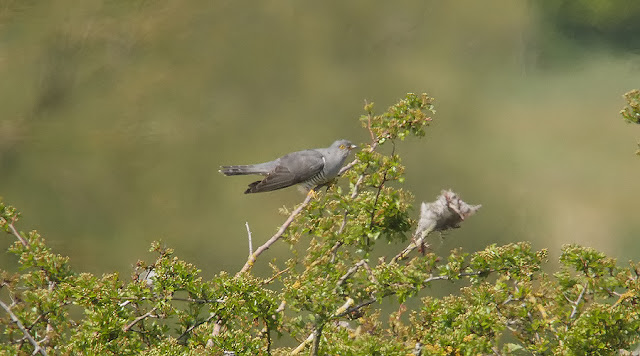 5 Swift were my first of the year. There must have been a fall of Yellow and White Wagtails as these were all over the place. My first Common Sandpiper of the year, a Bar tailed Godwit, 2 Ruff, and several Whimbrel were the pick of the Waders Several more Med gull flew over and seems to be a regular occurrence now. 2 Wheatear probably Greenland.  Many more Whitethroats and 2 more Lesser Whitethroats, Reed warbler again singing from the ditch and probably 3 or 4 Garden Warblers on my circular back to home.

26th April
Back in the garden Yellow, Pied and White Wagtail were seen in the field behind house, could just about make out Yellow Hammer, Lesser and Common Whitethroats singing from the hedge nearby. A few buzzards circling and a couple of Kestrel and Sparrowhawk passes. 4 Shelduck, and a Little Egret over too.
Back on the Marsh a Peregrine made a kill, poor Avocet.  Common Sandpiper was still on there and an Egyptian Goose was new in. Then i spotted a Russian White-fronted Goose either lingering or dropped in recently. 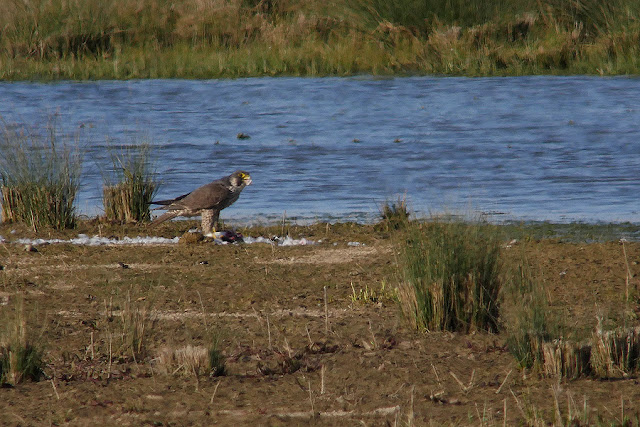 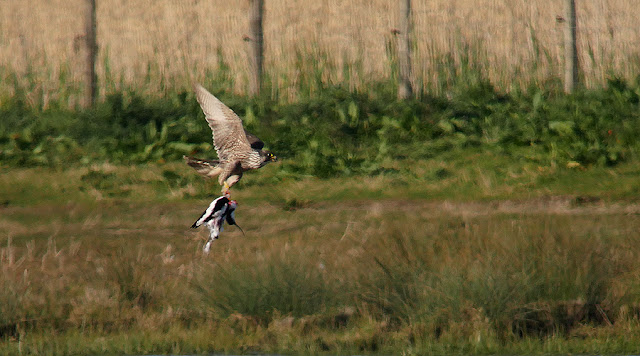 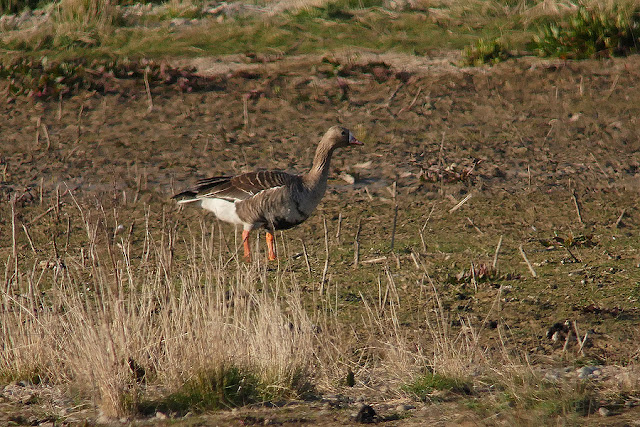 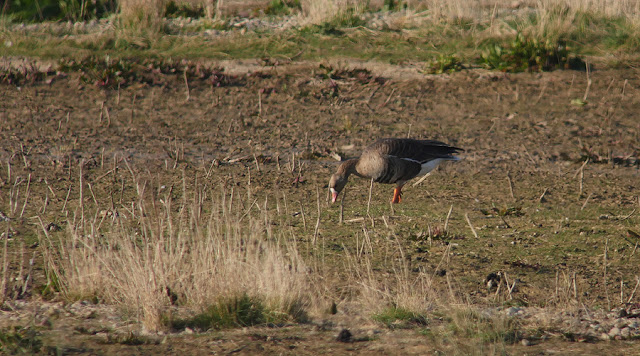 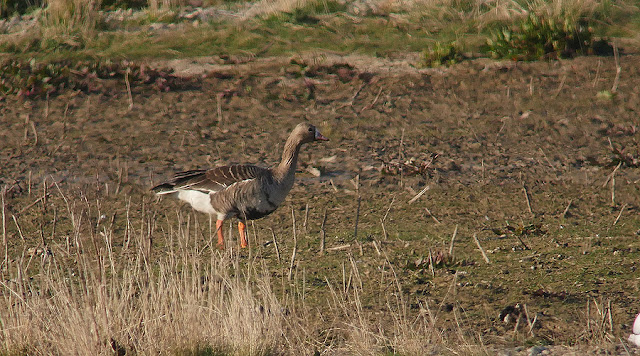 27th April
Tonight a Dutch ringed Spoonbill dropped in with a 1st Summer bird, Seems its been a regular in the area for the last 3 years. 2 Sandwich Terns were a bonus also. A Willow Warbler was singing from the prison grounds. Little else really of note. 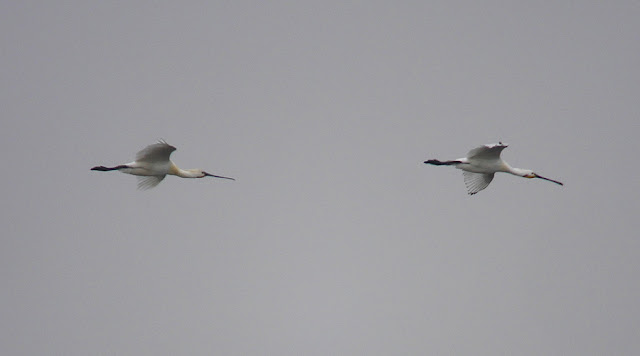 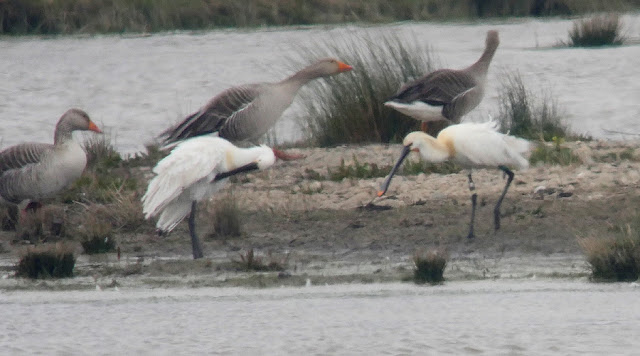 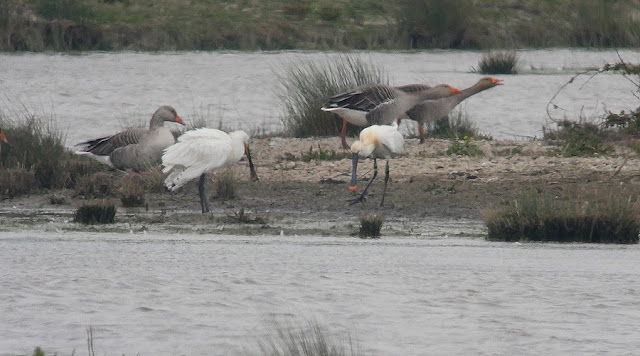 Thats it for now.
Posted by Craig Digiscoper Shaw at 19:55